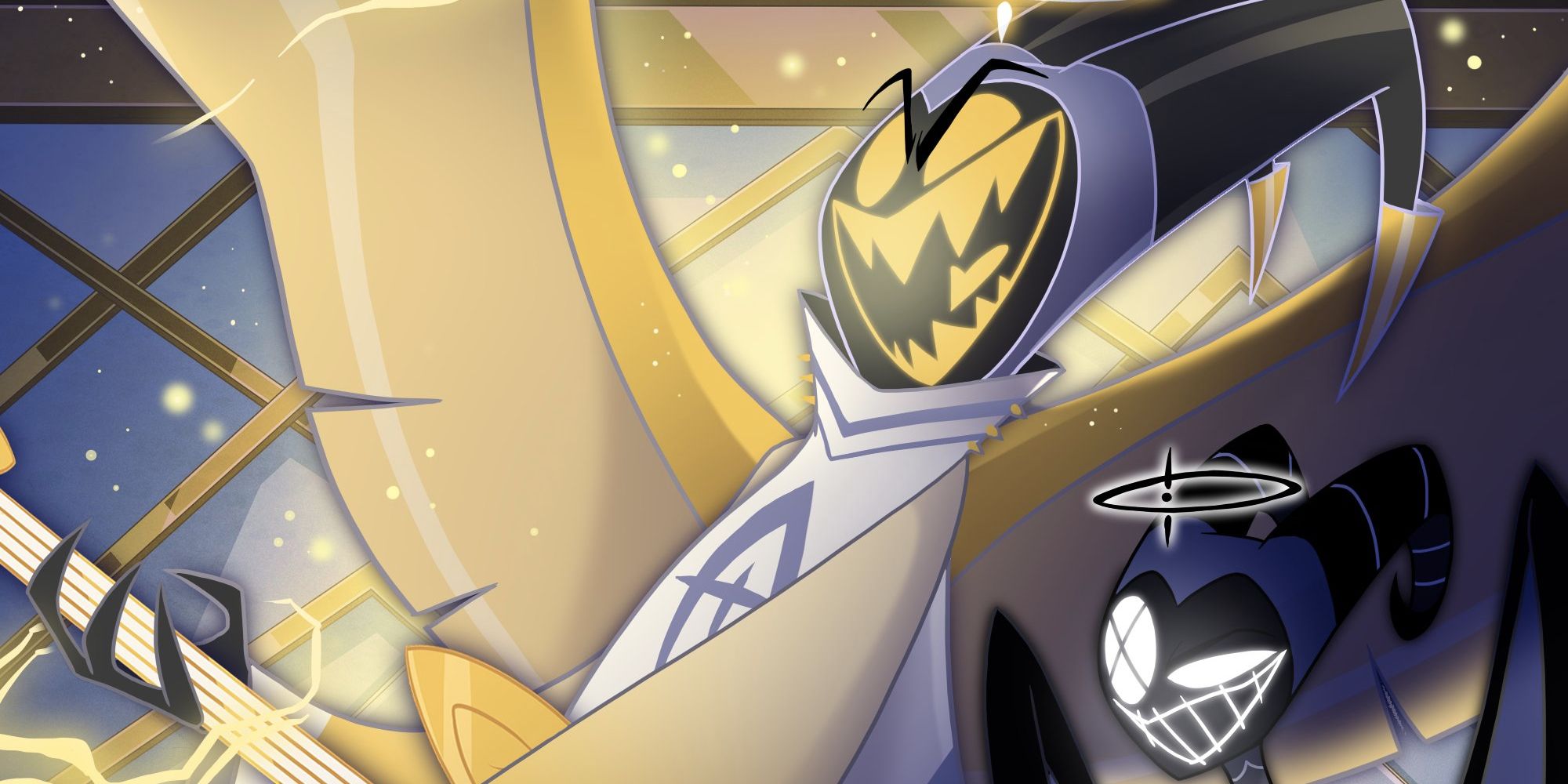 Hazbin Hotel has revealed the design for its newest villains, Adam and Lute, the demons seemingly in charge of Hell’s annual Extermination Day.

A new Hazbin Hotel villain has been revealed in time for the show’s Extermination Day. Hazbin Hotel, an adult animated show, began as a 31-minute pilot posted to YouTube by Vivienne “VivziePop” Medrano. The pilot, which currently has over 82 million views, follows demon princess Charlie as she tries to redeem Hell’s sinners in order to quell an overpopulation crisis. The video became a massive success, and in August 2020, production company A24 picked up Hazbin Hotel for a full TV series. Since this past February, the Hazbin Hotel Twitter account has been releasing redesigns of the pilot’s characters, and has been unveiling new character designs as well, while Medrano recently released the first look at A24’s Hazbin Hotel in a series of short videos.

In a post to the show’s official Twitter account, Hazbin Hotel has officially unveiled Adam, the demon seemingly responsible for Hell’s annual Extermination Day. Adam is shown as an electrified demon holding an electric guitar, with a small, darker demon named Lute lurking behind him. The caption on the post reads “Extermination Day is here! Prepared for the Holy Light of Adam. Clocks ticking…” Check out the newest character reveal below:

While every character revealed for the A24 series has been exciting for fans, the reveal of Adam is the first major reveal for Hazbin Hotel‘s plot. In the YouTube pilot, it is revealed that once every year, Hell undergoes Extermination Day, a day in which unlucky demons are slaughtered en masse to reduce Hell’s overpopulation problem. After Extermination Day, territories previously occupied by demons killed in the slaughter are up for grabs, causing massive turf wars. While all of Hell seems to accept Extermination Day as a part of life, Charlie seeks to find a less violent way to solve the population issue, and comes up with the creation of a hotel to convert sinners so that they can go to Heaven.

In the pilot, viewers get a brief glimpse at what appears to be Adam and Lute, as Charlie appears to try and bargain with them. Opposing Extermination Day is what drives the plot of Hazbin Hotel, and given that Charlie’s redemption idea isn’t well-received by the denizens of Hell, Adam and Lute may become major characters in the A24 series. The release of Adam’s character design also confirms that Extermination Day takes place annually on New Year’s Eve in Hell, and that the clock resets on New Year’s Day.

Fans of Hazbin Hotel have been raving about the release of Adam’s character design, even causing Extermination Day to trend on Twitter. While the reveal is exciting, as it speaks to the A24 show’s plot, there are still other characters fans are waiting to see released, including Charlie’s mother Lilith. Though the show has no confirmed release date yet, Hazbin Hotel is expected to debut in Summer 2023, meaning that fans only need to wait a few months longer to see Adam and Lute in action.

Next: Everything We Know About Solar Opposites Season 4Source: Hazbin Hotel/Twitter