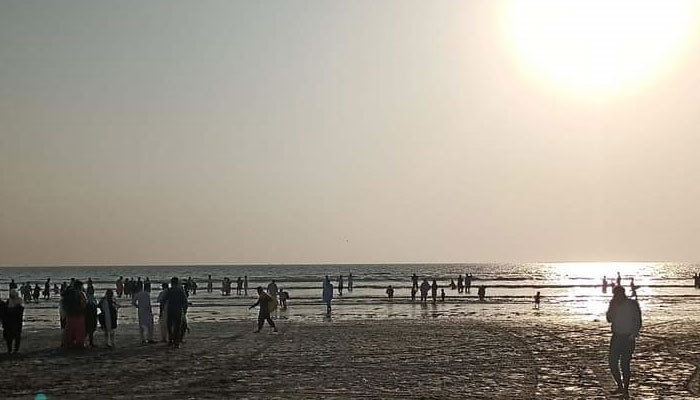 As the New Year approaches, people are expected to flock to Seaview, Karachi’s most famous tourist spot. However, recent years have seen many untoward instances as a result of aerial firing and overcrowding at this hot spot in Karachi during this time of the year.

In order to ensure the safety of citizens so that they can enjoy New Year’s Eve fully without any hitches, DIG South Irfan Ali Baloch has announced route plans to Seaview.

Talking to Geo News, he said that the roads leading to Seaview will remain open for those who plan to celebrate the New Year there, while separate routes had been reserved for those going to Seaview on foot and in vehicles.

With regards to the security arrangements, the DIG South said: “The district has been divided into nine sectors and all roads leading to Seaview will remain open and free from obstruction”.

“This is the policy of the provincial government and the Karachi police will follow the same policy, and the arrangements will be supervised by senior police officers under my supervision,” he said.

Baloch further elaborated that a superintendent of police (SP) would be given charge of each of the sectors, and they would all be headed by Senior Superintendent of Police (SSP) South Ali Raza.

“All the arrangements, roads and public places will be monitored from the control room and operation room while the Defence Housing Authority’s (DHA’s) video land team is also in coordination with the police,” he added.

Detailing the plan further, Baloch also said that the traffic towards Seaview will be made one-way, and citizens would be able to go to Sea View via Khayaban Shaheen and Old Clifton.

Baloch added that both roads along Seaview will be used only to reach the beach, while citizens will be able to exit Seaview via Do Darya and Khayaban-e-Ittehad. Minor roads leading to Seaview from Saba Avenue will be closed.

Furthermore, he asserted: “Since there will be a lot of traffic, the movement of public transport and big vehicles will be limited and citizens will not be permitted to park their vehicles in the service lane along Seaview”.

The DIG South claimed that every effort had been made to ensure that all untoward incidents are avoided and that the New Year passes peacefully.

Moreover, while he encouraged people to have fun, he also added that they must remain within the limits of civil ethics, especially when using fireworks, which have been allowed with the exception of loud and explosive crackers.

Baloch reiterated that aerial firing had been strictly prohibited on the occasion of the New Year.

“Our policy is clear: as per the law, those who engage in aerial firing will be arrested and charged with murder and attempted murder. Any cases filed in this regard shall be filed by the State without the element of remission,” Baloch stated, while cautioning citizens to celebrate the New Year within the ambit of the law.