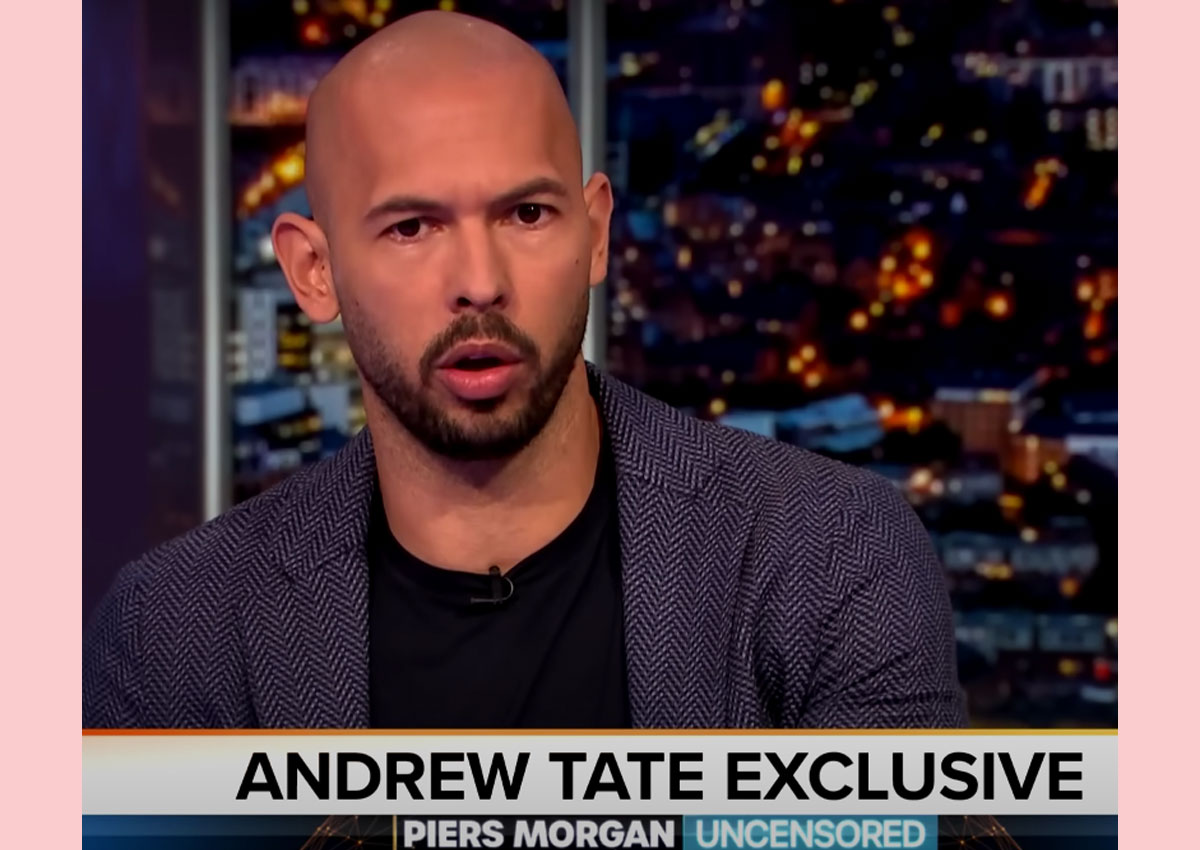 The evidence was hidden in plain sight…

Andrew Tate, who by now you probably know as the guy who should’ve never messed with Greta Thunberg on Twitter, is in some serious hot water. Not long after he and the activist had some back-and-forth, on Thursday, he was arrested by authorities in Romania on human trafficking charges! Andrew and his brother Tristan Tate are accused of bringing women to Romania, locking them in a tiny studio, and forcing them to make content for OnlyFans against their wills.

Absolutely awful and sickening… but had the influencer been bragging about this in front of everyone’s eyes the whole time? According to some serious digging done by social media users, it sure looks like it!

Guys, social media has been calling out Andrew for YEARS — and the evidence has been gathered there for months! One of the first disturbing clues was from his own website detailing something he called “The PHD Program.” The home page of the website read:

“How did I become rich? Webcam. … I’ve been running a webcam studio for nearly a decade, I’ve had over 75 girls work for me, and my business model is different than 99% of webcam studio owners. Over 50% of my employees were actually my girlfriend at the time and, of all my girlfriends, NONE were in the adult entertainment industry before they met me.”

His business model is “different than 99% of webcam owners”? Yikes. You can see a screengrab of the now-defunct site (below):

And it only gets more disgusting, as the page continues:

“MY JOB WAS TO GET WOMEN TO FALL IN LOVE WITH ME.
Literally, that was my job. My job was to meet a girl, go on a few dates, sleep with her, test if she’s quality, get her to fall in love with me to where she’d do anything I say, and then get her on webcam so we could become rich together. Whether you agree or disagree with what I did with their loyalty, submission, and love for me doesn’t matter. You cannot reject the results, and the results are simple. My girlfriends would do more for me than 99.9% of men’s wives would do for them.”

Oh, interesting. Sorry, what is he being accused of by Romanian authorities right now? Oh yeah, tricking women into romantic relationships to get them to Romania so he could force them to work for him!

Andrew has apparently bragged about the crime for years! In multiple posts and videos. One clip that someone going by the handle crabcrawler1 uncovered back in May shows the influencer coming out and saying:

“I have all these chicks that are in love with me and they aren’t allowed to go out and socialize”.

The “aren’t allowed to go out.” Sounds like imprisonment to us! See the video (below):

Andrew Tate directly says the women who stay at his house in Romania aren’t allowed to leave.

That’s called being held captive. “I have all these chicks that are in love with me and they aren’t allowed to go out and socialize.” pic.twitter.com/SOnfl4CwcN

Captives, Andrew! That’s what captives are.

In April, the social media user was already talking about how the former kickboxer allegedly “branded” the women with tattoos of his name.

I mean: is this girl with “TATE” tattooed on her body fabricated? Looks pretty real to me. pic.twitter.com/vYONf3x9hn

It’s unbelievable this man was allowed to get away with his blatant bragging and flaunting for so long! Back in 2019, a tweeter named JustWhim made several posts warning women about Andrew’s behavior.

Discretion is advised, but you can see the screengrabs of the disturbing tweets (below):

If you were paying attention for the last three years (2019 and earlier): people have been warning cam girls and models about Andrew Tate.

The difference now is that he finally got caught.

Like a grooming gang — Tate used seduction to entice girls to work for him in Romania. pic.twitter.com/pG43mgrLp8

And those aren’t the only screengrabs from back then — in August of 2019 Andrew allegedly admitted to stealing a girl’s passport so she couldn’t leave:

August 2019, @TellYourSonThis claims Andrew Tate admitted to “trapping a girl in Romania by stealing her passport,” and forced her to webcam (work) for him.

Romanian law enforcement have detained Andrew for 30 days. He’s been remanded to custody — unable to flee the country — as he’s facing human trafficking charges. But the investigation isn’t over… this guy had a lot of fans and financial partners…

We truly hope everyone in business with this sexist creep gets what they deserve.