HomeVideoMichelle Obama Said There Was A Whole Decade Where She 'Couldn't Stand'...
Video

Michelle Obama Said There Was A Whole Decade Where She ‘Couldn’t Stand’ Barack! 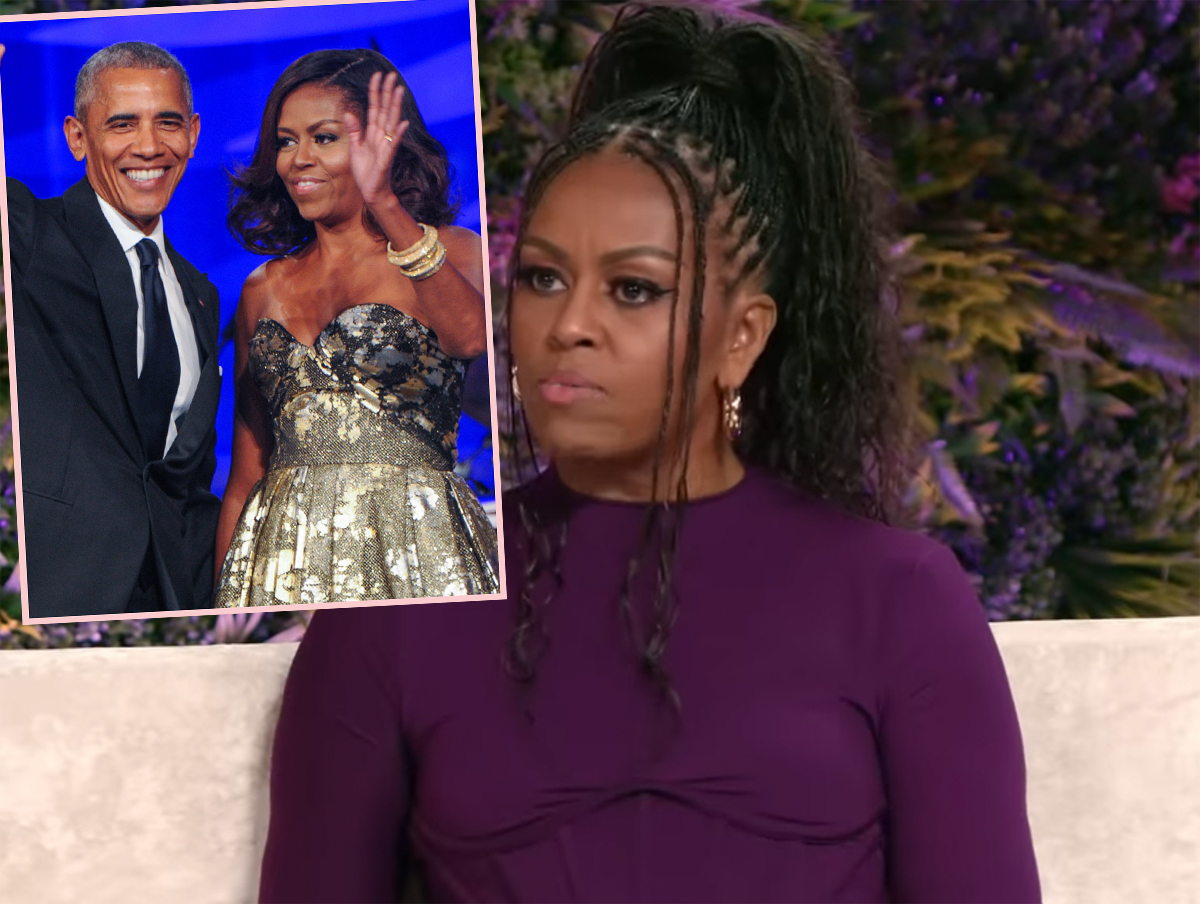 Michelle and Barack Obama appear to be one of the most solid and in-love couples ever, right? Well, just like any pair in a relationship, things weren’t always smooth sailing between them. In fact, it was so rough for the duo at one point the former first lady admitted she “couldn’t stand” her hubby for a whole decade!

During a roundtable conversation with Revolt TV, alongside Kelly Rowland, H.E.R., Winnie Harlow, and Tina Knowles-Lawson, Michelle explained it started when Barack was building his political career, and she was primarily looking after their very young daughters, Malia and Sasha:

“We don’t talk about how much work is required and how hard it is even when you are madly in love with the person, even when everything works out right. Bringing two lives together, it is one of the hardest things to do … People think I’m being catty by saying this — it’s like, there were 10 years where I couldn’t stand my husband. And guess when it happened? When those kids were little. And for 10 years while we’re trying to build our careers and, you know, worrying about school and who’s doing what and what, I was like, ‘Ugh, this isn’t even.’”

Related: Kim Kardashian Opens Up About Kids & A Fourth Marriage After Kanye Divorce

The Light We Carry author added:

For Michele, cutting her losses wasn’t an option. Instead she put in “the work” amid the hard moments of a relationship. She also stressed how important it is “to know your person,” explaining:

“Do you like him? I mean you could be mad at him but do you still look at him and go, ‘I’m not happy with you, but I respect you.’ ‘I don’t agree with you but you’re still a kind, smart person.’”

Despite the period where Michelle detested Barack, the couple clearly weathered the storm and are stronger than ever! They even celebrated their 30th anniversary in October, with the former president penning a sweet tribute to his wife on Instagram that read:

“Miche, After 30 years, I’m not sure why you look exactly the same and I don’t. I do know that I won the lottery that day—that I couldn’t have asked for a better life partner. Happy anniversary, sweetheart!”

“Happy anniversary to the man I love! These last 30 years have been an adventure, and I’m grateful to have you by my side. Here’s to a lifetime together. I love you @BarackObama.”

Awww! You can ch-ch-check out the entire conversation with Michelle (below):

Thoughts, Perezcious readers? Let us know in the comments.