HomeVideoJeffree Star Blames All Of His Accusations On ‘The Illuminati’ - And...
Video

Jeffree Star Blames All Of His Accusations On ‘The Illuminati’ – And Says They’re Going After Kanye West & Britney Spears Now! 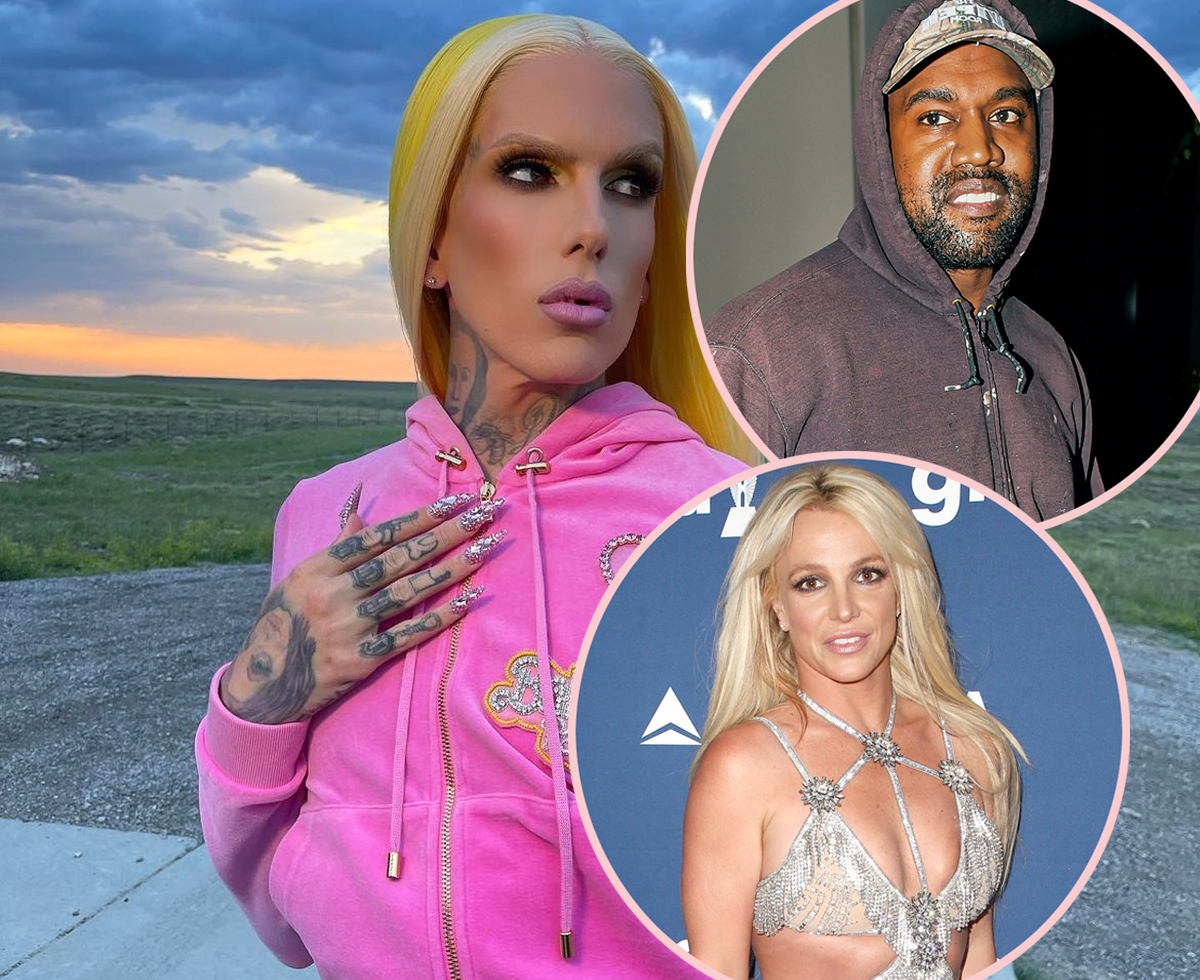 Jeffree Star is making some wild claims on social media!

In case you didn’t know, the 37-year-old beauty guru left El Lay and moved to Wyoming in 2021 following a string of controversies, including his public fallout with James Charles, racism allegations, sexual assault accusations, and more. Rather than owning up to what went down years ago, it seems he’s placing the blame for the scandals on someone else — the Illuminati. Yep, you read that right.

“What a crazy fucking year… I escaped the illuminati in 2021 and they still haven’t killed me. Every day I wake up grateful.”

But that’s not all. The internet personality then shockingly alleged that Britney Spears and Kanye West are also victims of the Illuminati, writing:

“In 2020 I was going to expose everything… In a matter of days, the Hollywood elite tried to ruin my entire career, villainize me and flooded the news with lies to discredit me. If you guys only knew the truth about what they are doing to Britney & Kayne.”

Considering Ye has gone off on several antisemitic rants on social media or in interviews and even praised Adolf Hitler and Nazis, we highly doubt that if the Illuminati magically happened to be real, they had anything to do with his downfall. He definitely achieved that all on his own. Just saying. Jeffree then added:

“Anyone who challenges the system gets eliminated.”

Of course, many social media users were confused by the random tweets. Some even backed his conspiracies, including one person who said:

“The elites are real. Kanye is in hiding because they are trying to get him for exposing a lot of shit. Blood sacrifices are real. Stay safe Jeffree.”

To which Jeffree responded:

“You have no idea what you are talking about… It’s 10 times worse than you can ever imagine. Just be thankful you are on the other side.”

Yeah… right… A few hours later, the makeup mogul also noted he “still has a soul” but “can’t say that about a lot of these demons I used to surround myself with.” You can ch-ch-check out the tweets (below):

Jeffree Star says he “escaped the illuminati” last year, that the “Hollywood elite” tried to ruin his career, and implies that they’re doing the same to Britney & Kanye:

“I still have a soul. Can’t say that about a lot of these demons I used to surround myself with.” pic.twitter.com/hz0YzqgHH3

On Saturday, the former singer hopped on Instagram Stories to further explain his bizarre rant. He said:

“Now when you’re out here in the middle of nowhere, I do a lot of thinking. I do a lot of reflecting. I think I’m just shook by the fact I’ve seen so much darkness over the last few months, from the disgusting Balenciaga campaigns… It’s just crazy because I’ve experienced things in the past of corporations threatening my life, my career, making up fake things about me. I just sat there last night thinking when is enough going to be enough, what is next. I think that 2023 is going to reveal a lot.”

What are your thoughts on what Jeffree had to say, Perezcious readers? Let us know in the comments below!