HomeTechnology2022 Games of the Year: Pentiment, and Jim’s other picks
Technology

2022 Games of the Year: Pentiment, and Jim’s other picks 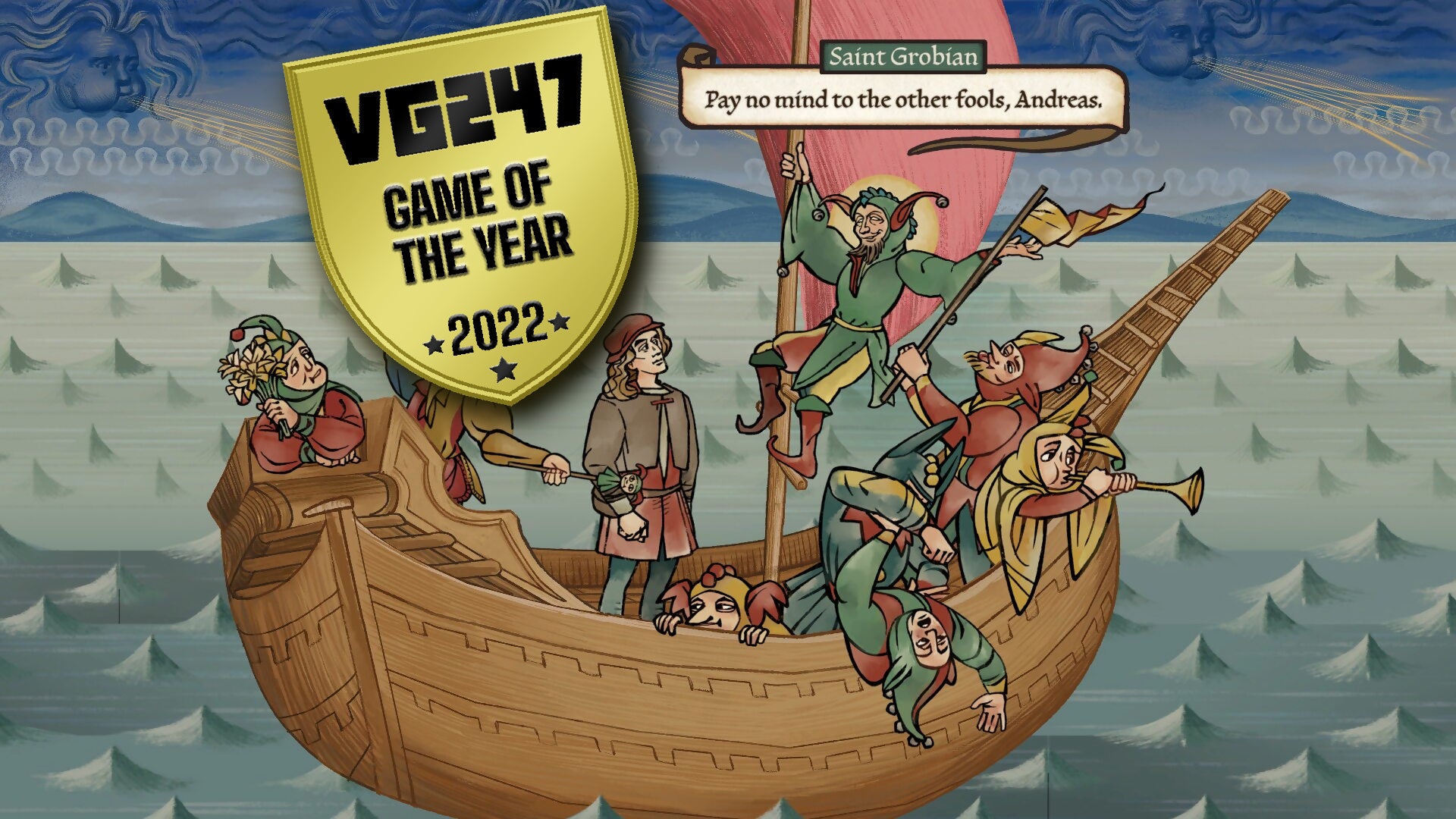 I had the pleasure of reviewing Pentiment for the site earlier this year and if you read that, it probably won’t be any surprise to you that it’s my GOTY. I’ve rarely been more enamoured with a game, and at first glance, it seemed so unlikely to click: its art style, painstakingly modelled on the manuscripts and frescos of the 16th century and thus being full of colour and figures drawn with thick black outlines, strikes modern eyes as distinctly unserious after a century of conditioning by saturday morning cartoons and Monty Python interludes. You’d be forgiven for playing the entire game constantly expecting to be interrupted by a giant foot.

Except, you wouldn’t, because what ensues is not cheap comedy (despite a few tasteful sight gags) but a masterful study of how art shapes our perception of history, which starts off as a Cadfael style murder mystery in a local abbey but fans out into a quarter-century epic about the lives and loves of a small Bavarian town nestled in the alps amongst a heap of Roman ruins, pagan folklore, and a backdrop of religious turmoil.

It’s an astounding piece of work, and it really pushes the boundaries of what video games are capable of – here they are, resurrecting the artistic sensibilities of a long deceased society in order to let us walk in their shoes. To do this via their art, not ours (as is the case with something like Assassin’s Creed) and with conversation and contemplation, not violence (as is the case with something like Assassin’s Creed) is a testament to how far this medium has come, and also – for good or ill – a showcase of what’s possible with a subscription model. As Josh Sawyer himself said, this game simply wouldn’t exist without Game Pass, which makes it so much easier for studios to take risks on passion projects like Pentiment, which have the potential to massively pay off.

If you haven’t partaken yet, you simply must.

I’m not sure what more I can say about Midnight Suns that Dom and I haven’t already covered, but here’s the elevator pitch: imagine a witches cauldron bubbling away in a ruined abbey. A sorceress throwing ingredients into the mixture, chaotically, liberally – ladlefuls of XCOM and Slay the Spire. A generous dash of BioWare. A deft sprinkle of Fire Emblem.

The cauldron is kicked over by Captain America and the sorceress arrested for sedition. The result? One of the most refreshing takes on the Marvel mythos in frankly any medium, and a solid as hell strategy RPG to boot.

The theme running through all of these GOTY picks is that I fully expected to bounce off them, but ended up enraptured. Weird West is no different: initially I thought it looked too bogged down in stats and impenetrably, well, weird. But I needn’t have been concerned, as it actually has that beautiful trifecta of things I love in RPGs – accessible, systems-based gameplay that doesn’t blind you with stat sheets. A strong, twisty story with well-written dialogue and memorable characters. And, a vast lived-in world to explore, full of regular folk just trying to get by (I’m a big fan of talking to the monsters, y’know?).

Weird West is a belter, and I feel like it flew in under the radar a bit, so you owe it to yourself to check it out if you’re a fan of smart, leftfield games with a bit of spice to them that are nonetheless easy to pick up and get going with.