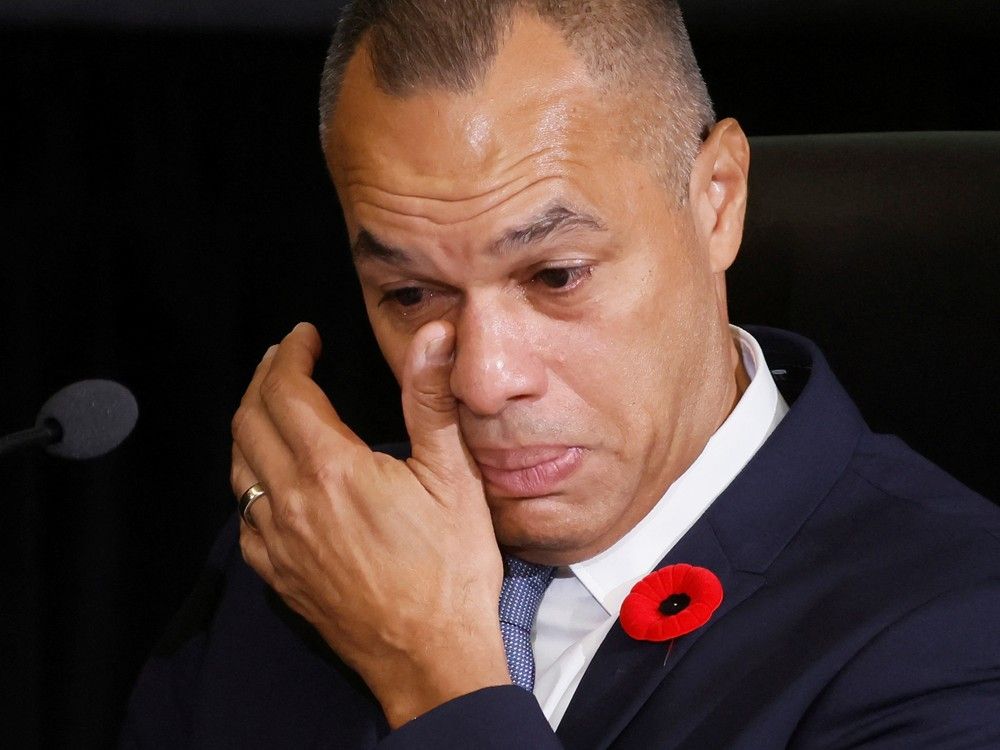 It became painfully clear as the “Freedom Convoy” dug in for the long haul, and with civil unrest at a boiling point over the handling of the occupation, that someone would pay a political price for the debacle.

Former Ottawa Police Chief Peter Sloly became the first casualty, which began on Feb. 15, one day after the federal government invoked the Emergency Act — ostensibly to provide Ottawa police with the necessary resources to end the demonstration — and continued with the ouster of longtime councillor Diane Deans as Ottawa Police Services Board chair 24 hours later and the swift dissolution of the police oversight board.

During a fiery, three-hour council session with the city firmly in the grips of an occupation extending into its third week, councillors hurled accusations, called on Mayor Jim Watson to resign, and cast Sloly and Deans as “scapegoats.”

“The word of the day is scapegoat. And what we’ve scapegoated now is the first Black police chief in the city of Ottawa, only the second woman to ever chair the police services board,” said Coun. Catherine McKenney.

Deans was ousted by a council vote that many observers saw as emblematic of the so-called “Watson Club” of councillors loyal to the former mayor and his agenda. It followed the leaked news that Deans and the board had hired interim police chief Matthew Torigian from Waterloo without competition and without notifying council.

Watson told reporters at the time: “A lot of people thought they lost confidence the police board.”

Deans accused councillors of “destabilizing the oversight body for Ottawa Police in the middle of the biggest crisis in this city’s history.” She called the shakeup “horrific” and said it was “unbecoming” of council.

Coun. Carol Anne Meehan called it a “cheap political stunt” and resigned her position on the board in protest. Coun. Rawlson King and Sandy Smallwood also tendered their resignations.

“You are unseating a progressive board that was bringing about important and progressive change in policing in the city of Ottawa, and you’re going back to the 1950s,” Deans charged.

Coun. Eli El-Chantiry, who served as police board chair prior to Deans, was reappointed to the position in a complete overhaul of the board two weeks later, leaving no members who had served when the occupation began.

Deans also voiced her praise for Sloly, who had borne the brunt of the public’s ire during the occupation and whose police force was facing mounting criticism, first for allowing hundreds of heavy trucks to form a blockade at the foot of Parliament Hill, then for allowing the demonstration to continue thumbing its collective nose at law enforcement.

The dismissals came on Day 20 of the occupation, but it was on Day Five that Sloly memorably told Council “there may not be a policing solution” to the demonstration.

Sloly became the city’s first Black chief of police in 2019 with a mandate to repair the frayed relationships with racialized communities in the aftermath of the 2016 death of Abdirahman Abdi, to improve the OPS response to mental health-related calls and to address systemic racism within the force.

Sloly promised to make those changes and notably acknowledged systemic racism within policing in a 2020 Ottawa Citizen Op-Ed, which came after a controversial interaction between a police officer and a Black man during a traffic stop.

“I have unequivocally and repeatedly stated that conscious and unconscious bias is a challenge for all police members and that systemic racism exists in policing,” Sloly wrote.

Former Ottawa Police Association president Matt Skof responded by saying Sloly “failed the leadership test” and had “lost the room” with the rank-and-file, one of several clashes between the police executive and the union during Sloly’s tenure.

Leaks to the press cast Sloly as an autocrat and a bully with a quick temper, prone to outbursts and growing increasingly frustrated by the convoy crisis.

Other sides to the story emerged months later through testimony at the Public Order Emergency Commission, where Sloly and Deans each offered detailed, candid accounts of the chaos behind the scenes.

Deans said there was “constant” infighting within the force that hampered its ability to deal with the occupation. Sloly faced “racism” from within his own organization and there were challenges to his authority “from the outset,” Deans told the commission. “There seems to be an attempt to use this crisis to undermine the chief further.”