HomeVideoKourtney Kardashian Is 'Still Trying To Have A Baby' With Travis Barker...
Video 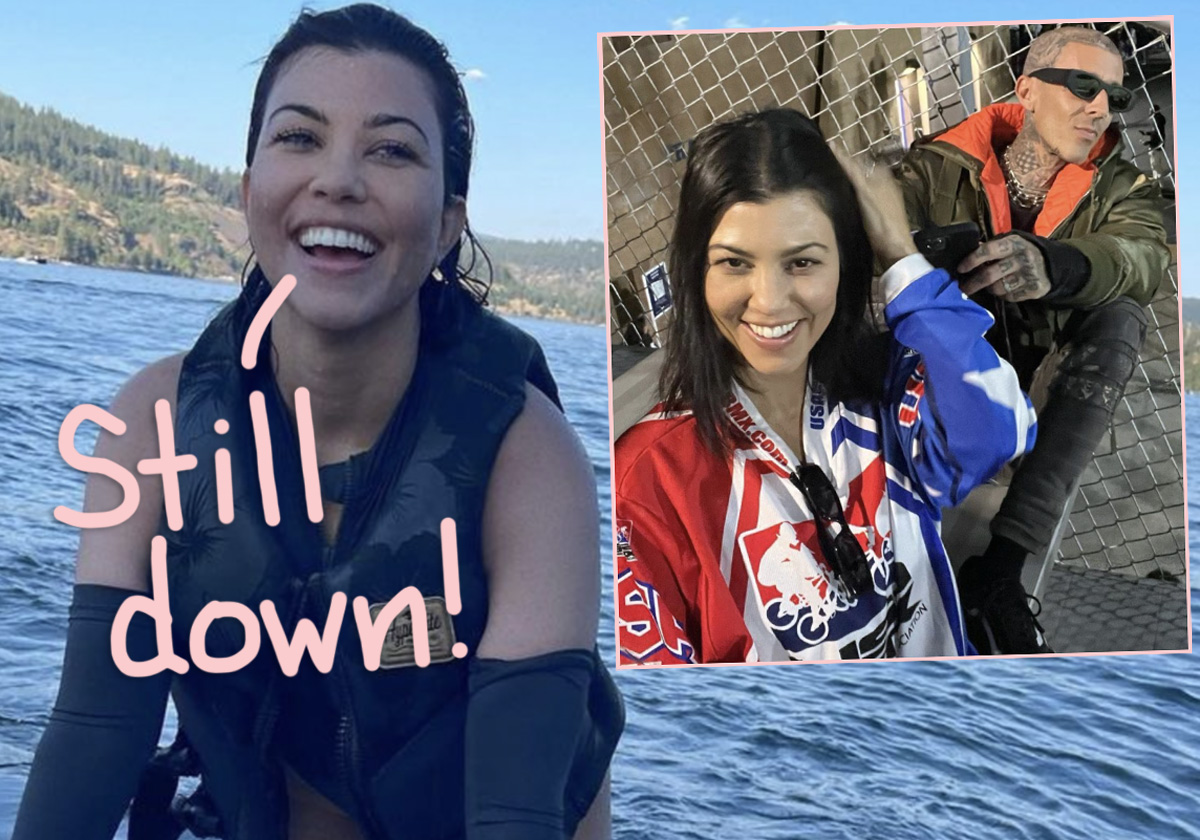 Kourtney Kardashian is still hoping to have a baby with husband Travis Barker.

The A-list couple recently took to The Kardashians to recount their harrowing and difficult journey with in vitro fertilization procedures. Their IVF hopes were dashed after they were unsuccessful in achieving pregnancy during the most recent season of the Hulu show. As they revealed on camera months ago, for the time being, they have chosen to pause on the procedures and regroup with a new plan.

Related: Wait, Are Kourtney And Travis Moving To… Tennessee?!

Now, an insider is revealing new info about the Poosh founder’s future when it comes to family planning. Speaking to the U.S. Sun in a report published on Friday, the insider explained Kravis has NOT closed the door on their baby bump dreams. Even as the KUWTK alum is now 43, and her Blink-182 drummer is 47, their ages and stage in life as parents to older children isn’t swaying them from having a baby together.

Far from it, in fact! The insider explained:

“Travis and Kourtney would still love a baby together. They’re still trying.”

So that’s pretty clear then! And despite the IVF hiccup earlier this year, the source made it clear that the pair is intent on getting back into their pregnancy preparation at some point very, very soon:

“She took a break from IVF but that doesn’t mean plans changed. They’re hoping to welcome a baby in the near future.”

Amazing! Having the famous fam accept a baby into their brood would be an incredible 2023 surprise, that’s for sure! …And conspiracy theorists think it may already be happening!!!

As Perezcious readers will recall, Kourt and the rest of her fam have been posting amazing pictures on Instagram from their recent over-the-top Christmas Eve party. On Thursday, in a carousel post of her own, the interior design aficionado shared a jaw-dropping photo dump of highlights from the high-end affair.

But if you look back at that share from earlier this week (below), and you swipe alllll the way over to the final pic in the carousel, you’ll notice Kourt’s hand placed strategically — and meaningfully? — on her tummy as she poses with her rock-and-roll beau:

In the last 24 hours, fans quickly went ape s**t over Kourt’s suggestive final pose in that carousel!!! Here are just a few of the reactions flooding the comments regarding that hand-on-belly shot:

“Let the pregnancy rumours begin after the last photo”

“Something to announce Kourtney?”

“Are you cradling a baby with that hand?”

So the conspiracy is definitely out there!!

And judging by this new insider info, it sounds like pregnancy is still in the plans for Kris Jenner‘s oldest daughter. Now we’re just left to wonder how near the “near future” could be!