Andrew Tate Arrested On Human Trafficking Charges – And His Dumbass Clapback At Greta Thunberg Got Him Caught! 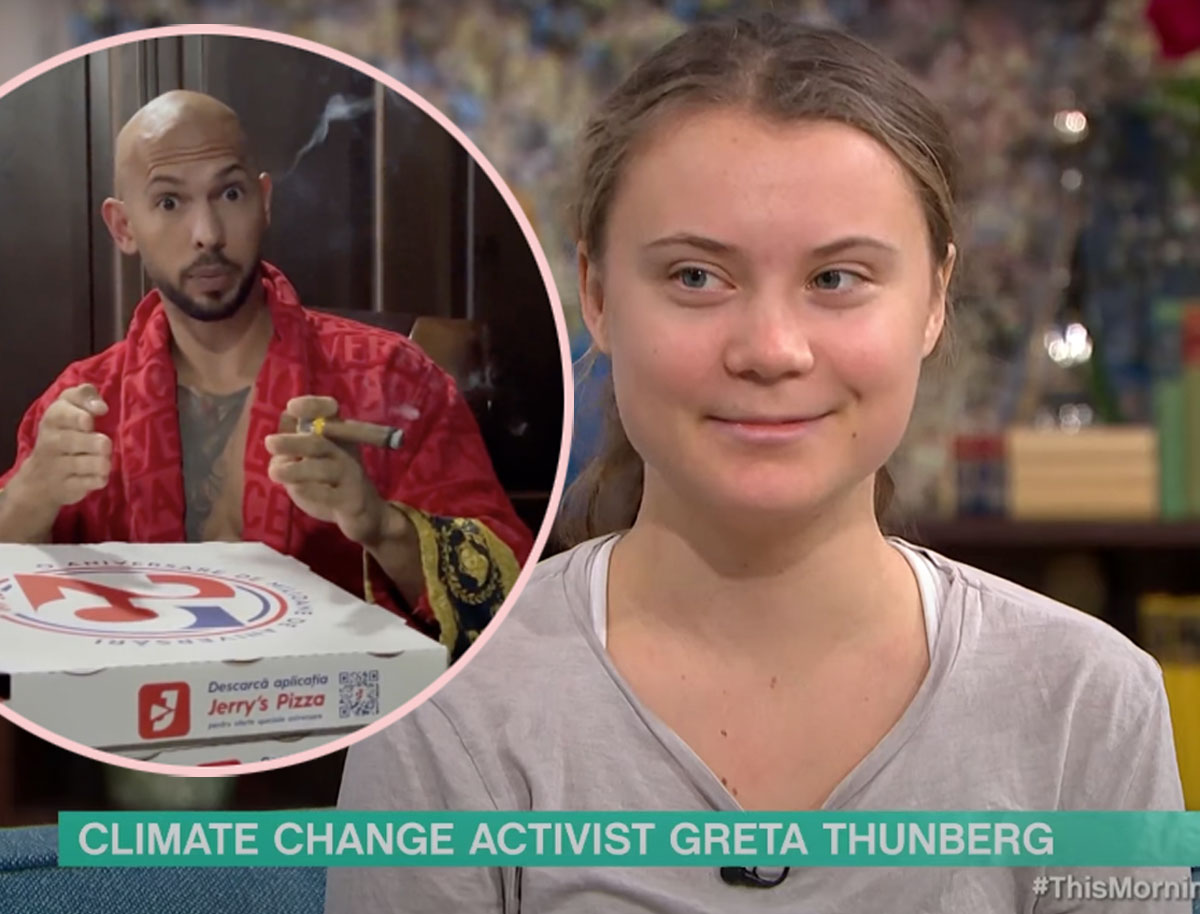 Karma is one hell of a clapback!

In case you didn’t see our reports from yesterday, Greta Thunberg absolutely destroyed self-proclaimed misogynist Andrew Tate when he tweeted some photos at the 19-year-old bragging about all of his cars and their emissions:

Please provide your email address so I can send a complete list of my car collection and their respective enormous emissions.”

This is just the start.

Please provide your email address so I can send a complete list of my car collection and their respective enormous emissions. pic.twitter.com/ehhOBDQyYU

Seriously, how is he not embarrassed? How old is this guy? Definitely old enough to not act like this…

Related: Kanye West is MISSING?! Business Manager Struggling To Hit Him With Lawsuit

In a snap of her quick wit, Greta left him no leg to stand on when she responded with:

“yes, please do enlighten me. email me at [email protected]”

yes, please do enlighten me. email me at [email protected] https://t.co/V8geeVvEvg

It took the manfluencer a whole 10 hours to come up with a response — and even then, it was a pathetic video where he ranted about how the media was “reacting” to the sick burn. He even tried to talk his way out of it by correcting Greta’s grammar? The response in question was captioned:

The world was curious. And I do agree you should get a life”

Seriously, he had 10 hours and that’s all he could come up with? “I know you are but what am I?” There’ve been better comebacks passed around a playground…

But we never could have seen the fallout of his frustration coming.

OK, so let’s rewind. It turns out this guy may admit to sexism, but he’s been accused of much worse. It turns out he and his brother Tristan have been under investigation by authorities in Romania for human trafficking! Romanian news site G4 said the men allegedly used what’s called the “loverboy” method to lure women into traveling to Romania to pursue a relationship. There, they’d be locked in a small studio where they were forced to create OnlyFans content as pornographic models against their will. Absolutely sickening. The cops apparently had all the evidence they needed — but it was pointless to raid his place if he wasn’t in the country. They’d tip their hand, and he’d never return. They had to know he was there at that moment to make the bust.

That takes us back to the back-and-forth with Greta.

At one point in his stupid Twitter video, someone offscreen hands him some pizza boxes from a restaurant called Jerry’s Pizza. Apparently it’s a chain only found in Romania. You can see the restaurant’s logo clearly right in front of him (below):

Hundreds of thousands of folks were watching the viral Twitter fight (Greta’s clapback is already among the most liked of all time), so it’s no surprise Romanian police saw it. And when they saw the pizza shop’s logo on the boxes, they knew he was at his compound — and they had a window to strike!

The outlet also said the country’s Directorate for the Investigation of Organized Crime and Terrorism raided more than one home and found “several women” along with four suspects in the human trafficking case, including both Tate brothers.

Yep, the teenage climate activist bruising his ego with her clever clapback was a direct link in Andrew and his brother’s eventual arrest!

A video of the two men in handcuffs has been circulating Romanian social media, and when asked by The Daily Mirror, Tate’s rep confirmed the brothers had “been detained”:

“We cannot provide any details at the moment regarding alleged reports that they have been detained; however, Andrew and Tristan Tate have the utmost respect for the Romanian authorities and will always assist and help in any way they can.”

What happened to that alpha male attitude? Not so tough when the cops are on his front doorstep. Literally…

We can all breathe a big sigh of relief that this disgusting sexist and alleged rapist is finally in custody — and it’s all thanks to Greta!