HomeTechnologyStep into the metaverse in your new sneakers from Scottie Pippen and...
Technology

Step into the metaverse in your new sneakers from Scottie Pippen and Orange Come | Pocket Gamer.biz 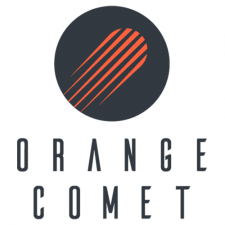 Scottie Pippen is widely regarded as one of the best defenders in basketball history. He could shoot, pass, steal, and defend as well as any All-Star in the ‘90s. He excelled at nearly every facet of the game and is considered one of the best players of that decade. No other player had nine All-Defensive selections and seven All-Star appearances throughout the period. Scottie is a legend and there’s no doubt that the Pippen NFT Sneakers will be as well.

This exclusive and limited sneaker collection celebrates Scottie’s career, from his early years to his legendary days playing in Chicago. Each NFT sneaker is a Metaverse-Ready digital asset with all the bells and whistles of Orange Comet’s signature 3D animations.

Every pair of sneakers comes with an OC Designer Mystery Box, a work of art all on its own. The Mystery Box will REVEAL something special down the road for those who HODL.

Physical Sneakers: 33 holders will be randomly selected to receive a pair of physical sneakers. The other 967 holders will also have the option to purchase in the future.

Hometown Tour With Scottie: one holder (+ their one guest) will be randomly selected to receive a tour of Scottie’s hometown leading into a fun dinner afterwards.

Golf With Scottie: two holders (+ their one guest) will be randomly selected to receive a golf outing with Scottie that includes lunch.

33 holders will be randomly selected to receive a QR code to redeem $100 off any purchases at a notable sneaker lifestyle brand.

All NFT sneakers will be metaverse and game ready so your avatar can strut them in various virtual ecosystems.

All holders will get Allow List Access to Orange Comet’s CØRRUPTED physical and digital wearables coming in 2023. CØRRUPTED wear will feature extraordinary one-of-a-kind wearables in partnership with some of the biggest collaborations the industry has ever seen.

Scottie Pippen is ranked 33rd on Nick Wright’s ‘Top 50 NBA Players of the Last 50 Years’ – the same number he wore on his official jersey. Scottie’s number “33” was the fourth jersey ever to be retired by his team.

To honor Scottie and celebrate this collection, 33 lucky NFT holders will be randomly chosen to receive a pair of actual autographed sneakers. These 33 sneakers will serve as a possible prototype for a future release. The other 967 holders will also have the option to purchase in the future. Whoever is fortunate enough to get their hands on one of these now will certainly be holding a collector’s item.

You must join the SP33 Allow List by December 19th at 5:00 p.m. ET to be eligible for the pre-mint. 333 wallets from the Allow List will be randomly selected to receive a future FREE special edition Pippen NFT basketball, presented in a state-of-the-art glass case, a true masterpiece on its own, designed by Orange Comet and gifted from Scottie to you.

Don’t have a wallet? Set up a MetaMask wallet with these easy steps.