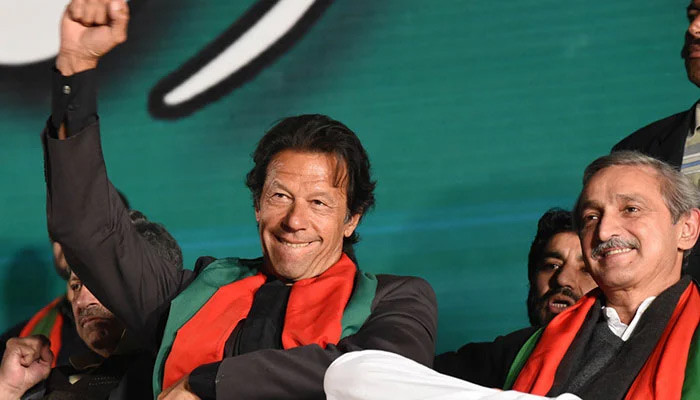 In December 2017, the Supreme Court had absolved Khan of all allegations of corruption and declared him an honest person in the Bani Gala case but disqualified ex-PTI leader Tareen for misdeclaration under Article 62(1)(f) of the Constitution.

Chaudhry, who now holds the portfolio of special assistant to the prime minister, told Geo News’ Shahzeb Khanzada that he had prior information about Tareen’s disqualification — in the concealment of assets case.

“I will tell the truth to the nation. I had prior information that Tareen would be disqualified despite providing all the documents to the court. Tareen’s disqualification was a balancing act,” Chaudhry claimed.

The former PTI leader claimed that it was decided that it did not matter whether Khan’s documents were incomplete as an NRO was in the pipeline for him.

“When you (Khan) wanted power, you were ready to even beg for it,” Chaudhry said, adding that the people would call the PTI chief for getting Tareen’s review petition — in the disqualification case — dismissed.

He revealed that the documents that Khan’s former wife, Jemima Khan, had provided were of a bank that had shut down its operations 10 years back, leading him to believe “that no doubt, Tareen’s disqualification was a balancing act”.

“The ones (Khan) whose documents were incomplete were saved.”