PTI to hit the streets again across country from tomorrow 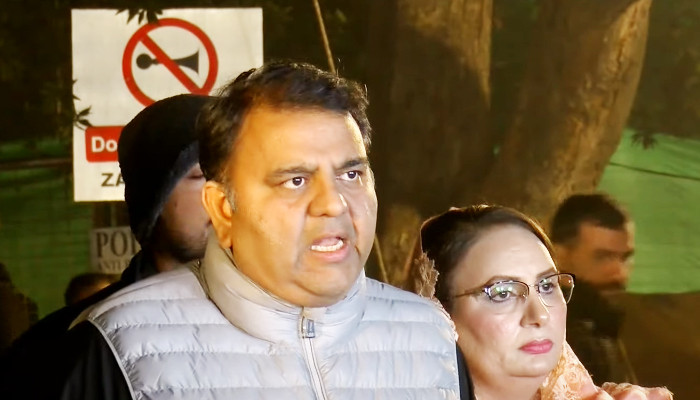 Pakistan Tehrkeek-e-Insaf (PTI) Senior Vice President Fawad Chaudhry has said that the party will start country-wide anti-government protests from tomorrow (Friday) — in its bid to force the government into holding early polls.

The PTI senior vice president, in conversation with journalists in Lahore after the party’s high-level meeting with Khan in the chair, said: “From tomorrow, country-wide protests will start against rising inflation, deteriorating economy, and shortage of gas.”

In the first phase, Fawad said PTI’s members of national and provincial assemblies would lead the protests for three weeks in their constituencies across the country.

“After three weeks, Imran Khan will join the campaign and this process will continue till this government is ousted,” the PTI leader said, asking the nation to join hands with the party.

The PTI has time and again demanded the staging of early polls after former prime minister Imran Khan’s ouster in April as the party refuses to go back to the National Assembly and keeps on stressing that “early elections” are the only solution to the country’s ongoing crisis.

But the government has ruled out staging early polls and has told the PTI that given the current situation — floods, census, and new delimitation — the elections cannot be held before October.

The announcement to return to the streets comes after PTI’s chief in November called off the long march in Rawalpindi and announced plans for the dissolution of the Punjab and Khyber Pakhtunkhwa assemblies, but it is yet to materialise.

The dissolution of the KP Assembly has been linked to Punjab, whose disbandment plans hit a snag last week when the Lahore High Court reinstated Parvez Elahi as Punjab’s chief minister and ordered him to not dissolve the legislative.

ٖFawad said PTI and its ally, Pakistan Muslim League-Quaid (PML-Q), have a majority — 190 lawmakers — in the Punjab Assembly, and they are currently mulling over the vote of confidence.

“We will try that CM Elahi takes a vote of confidence before January 11. 177 Punjab Assembly lawmakers are in contact with us,” the former information minister said.

He also blamed Punjab Governor Baligh-ur-Rehman for becoming part of “a conspiracy” in de-notifying Elahi as the chief minister. “The governor and the chief secretary will have to come to the assembly and answer for their actions.”

The governor had de-notified Elahi as the chief minister, and subsequently, the chief secretary had issued a notification for the dissolution of the cabinet — but the LHC suspended the notifications.

Fawad said it was the PTI’s prerogative to either continue the Punjab government or dissolve it as he slammed the opposition for allegedly horse-trading.

“Whenever a market [for buying lawmakers] is staged, Zardari comes to Punjab with bags full of money,” the PTI leader said, slamming the PPP co-chairman.

In his response to reports about the plans to bring forth a technocrat government, the PTI leader said there was “no space” for such a set-up in the country anymore.

“PTI’s senior leadership has rejected the plans regarding the imposition of a technocrat government,” Fawad said, asking those “dreaming” of the set-up that their dreams would not come true.

He said that the only solution to the country’s ongoing problems is snap and transparent election, and some elements did not want polls to take place, rather they are aspiring to appoint technocrats for running the affairs.

“The Pakistani nation will not, in any shape or form, accept a technocrat government. Nawaz Sharif wants the imposition of martial, however, it is due to Khan’s patience that no such plans were executed.”

He also warned that no matter who is appointed in the technocrat government, they would not be able to overcome the crisis as he told the establishment that the idea would be a “complete flop”.

In conversation with Geo News’ Shahzeb Khanzada, Interior Minister Rana Sanaullah had also ruled out the possibility of a technocrat set-up’s imposition.

PTI chief Khan, who was removed from premiership through a vote of no-confidence in April this year, told journalists in Lahore that the proposal regarding a government of technocrats is under consideration and he does not foresee polls taking place anytime soon.

But claiming that Khan was misquoted, Fawad said: “Imran never stated that he does not see elections not taking place. He said that the government does not want to hold elections.”

The PTI leader also rejected National Assembly Speaker Pervaiz Ashraf’s demand that the party’s lawmakers submit their resignations in person and reiterated that they would resign en masse.

PTI lawmakers — including Asad Qaiser, Qasim Suri, Amir Dogar, Dr Shabbir Hussain, and others — met Ashraf in his chambers earlier today, where the speaker told them once more that for verification of the resignations, the party’s lawmakers will be called individually.

The former information minister asked the speaker when he accepted 11 resignations of the PTI MNAs, why didn’t he call them for verification. “They thought that they could win the by-elections, but they faced a humiliating defeat.”

“You have our resignations, but still, you’re adamant that you won’t accept them. If this goes on, we will have no other option but to knock on the Supreme Court’s doors,” he added.