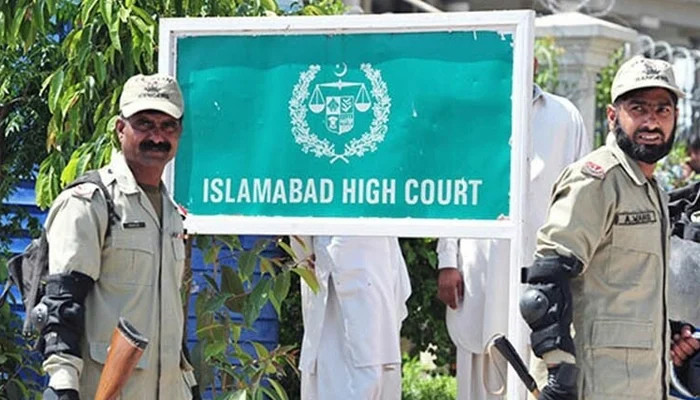 The IHC issued the order after Justice Arbab Muhammad Tahir took up the petition of the Pakistan Tehreek-e-Insaf (PTI) and Jamaat-e-Islami (JI) seeking to nullify ECP’s decision to postpone the local body polls.

The ECP clearly told the court that it could not hold elections on December 31 as it required as many as 60 days for the delimitation and also needed time to ensure that all the polling material is distributed.

The judge then told the election commission to provide a timeline as to when it plans on holding the polls. If the court concludes tomorrow that the elections cannot be held, then it will view the timeline.

Not only that, but Justice Tahir also asked the election body to submit the details of the funds utilised so far for the elections as he stressed not allowing the taxpayer’s money to go to waste.

Attorney-General for Pakistan (AGP) Ashtar Ausaf Ali — who was summoned for assisting the court with the case — advised recovering the money from the federal cabinet if the elections do not take place on the stipulated time and the printing process has to be done all over again.

After hearing today’s arguments, the hearing was adjourned till December 30 (Friday).

As the hearing for the case took place, the election commission’s director-general informed the court that the body, in line with the law, required 60 days for delimitation.

“Will you be able to hold elections after 60 days, then? Also, what were the things on which the election commission spent funds?” the court inquired.

The ECP’s DG told the court that the funds had been spent on the printing of ballot papers, among other things required for elections.

“Until now, millions of rupees have been spent then, and we will not allow the nation’s tax money to be wasted,” Justice Tahir stressed.

In response, the DG said during yesterday’s hearing, the court was informed that nearly Rs500-Rs600 million were spent, however, those facts are untrue. “It will take ECP Rs150-160 million to hold the elections.”

The court then asked the DG to submit, in writing, the details of the expenses incurred so far.

Then, Attorney-General for Pakistan Ashtar Ausaf told Justice Tahir that he agreed that the nation’s money should not go to waste. “We also ensure that the taxpayer’s money does not go to waster in our office.”

The AG then suggested to the court that to recover the money being wasted from cabinet members as the ECP has decided to delay the elections.

In response, Justice Tahir asked whether the election commission could review its decision to postpone the polls. In response, the ECP’s DG told the court that it wasn’t possible as the election material could not be dispatched before December 31.

Justice Tahir inquired whether the ECP was violating its promise to the court made on December 27 that it would hold polls later on. But the ECP told the court that it had made a conditional promise.

The court then asked the ECP if it was ready to hold the polls, then why isn’t it following through on it? The director-general informed Justice Tahir that dispatching polling material to the polling stations takes time.

“You just have to send the polling material within the limits of Islamabad, how much time can that take?” the court wondered. But the ECP’s DG reiterated that given the new conditions, the commission cannot hold elections on December 31.

Then, the court asked AG Ausaf to hold a meeting with the federal government and take their advice on the matter.

Also, the court asked the ECP to give it a “realistic” timeline for holding elections and not inform the court that it could only hold polls in June next year.

“If we agree to not hold polls on December 31 tomorrow, then we will see what your timeline is,” the court said, adjourning the hearing.

According to Awan, the order is “violative of Article 75 (3) of the Constitution”.

The petitioner also requested the court to “set aside the notification of increase of Union Councils dated 19-12-2022 (having been issued post announcement of Election Schedule and merely 11 days before the election date, i.e. 31-12-2022).”

The petitioner made the cabinet secretary, the interior secretary and the Election Commission of Pakistan respondents to the petition.

Just as the local body polls were about to take place on December 31, the federal government had earlier this month approved a summary to increase the number of union councils of the federal capital from existing 101 to 125.

Following the ECP’s order, the government passed the Islamabad Capital Territory (ICT) Local Government (Amendment) Bill, 2022 and also had it passed in the Senate — but it is yet to be signed by the president.