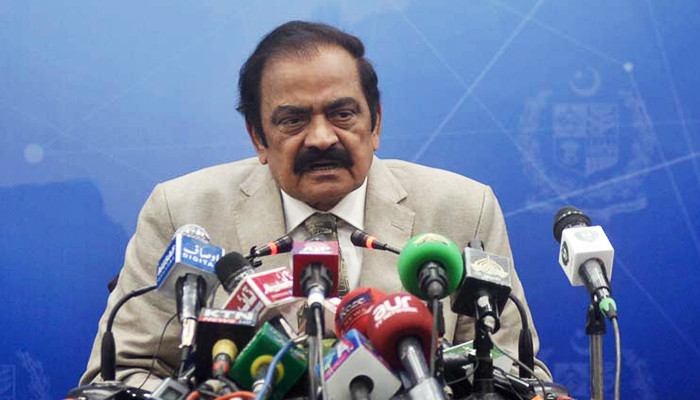 Following Islamabad High Court’s (IHC) order to hold local body elections in the capital tomorrow (December 31), the federal government Friday excused itself and said it wasn’t in a position to stage them.

In conversation with Geo News, Interior Minister Rana Sanaullah said: “We respect the court [Islamabad High Court], but holding the elections is not possible as the arrangements cannot be made in such a short period.”

He added that as many as 1,000 polling stations needed security, election material is still not deployed at the stations and the polling staff will also be needed. “This isn’t possible.”

The IHC had earlier directed the Election Commission of Pakistan to hold local government elections in the capital on December 31 after it accepted Pakistan Tehreek-e-Insaf (PTI) and Jamaat-e-Islami’s (JI) petitions seeking to nullify ECP’s decision to postpone the local polls.

“The federal government is directed to provide all the assistance to the Election Commission of Pakistan for conducting the local bodies’ elections as mandated by the Constitution,” Justice Arbab Muhammad Tahir said in a one-page short order.

The minister also added that since the “ground realities” do not permit the government to ensure the polls take place, the centre was going to file an intra-court appeal against the order.

“The order was issued in the evening after office hours. How is it possible to make the arrangements for the [elections]? What can be a more strong reason than this,” Sanaullah said when asked about what his hopes were about the petition’s acceptance.

The minister said he was not surprised by the order, but noted that directions should be “implementable” and the latest IHC order will ensure “that the elections do not take place”.

“It isn’t possible [to assist] the commission. We cannot provide security in such a short time period for 1,000 polling stations. Islamabad Police are not enough as will need to deploy Rangers and FC will have to be called in,” he added.

Sanaullah said he foresees the polls taking place in the next three to four months as the new delimitation will take time.

PTI Chairman Imran Khan welcomed the court’s order and congratulated the residents of Islamabad as they could choose their leadership “through the power of their vote”.

“Unfortunately, a corrupt group of people has been imposed on us and the election commission is hand in glove with them,” the deposed prime minister said.

The ex-premier said the “gang of corrupts” is afraid of the masses and always tries its best to escape elections as it aims to ensure that they remain in power no matter what.

“They are involved in horse trading and buy the conscience of politicians. This mafia has no other option now [but to head to polls] as the people have rejected them,” he said.

The deposed prime minister asked the people of Islamabad to ensure their participation in the polls as he eyed beating his political opponents in tomorrow’s elections.

Just days before the local body polls were about to take place, the federal government had earlier this month approved a summary to increase the number of union councils of the federal capital from existing 101 to 125.

Following the ECP’s order, the government passed the Islamabad Capital Territory (ICT) Local Government (Amendment) Bill, 2022 and also had it passed in the Senate — but is not yet been signed by the president.