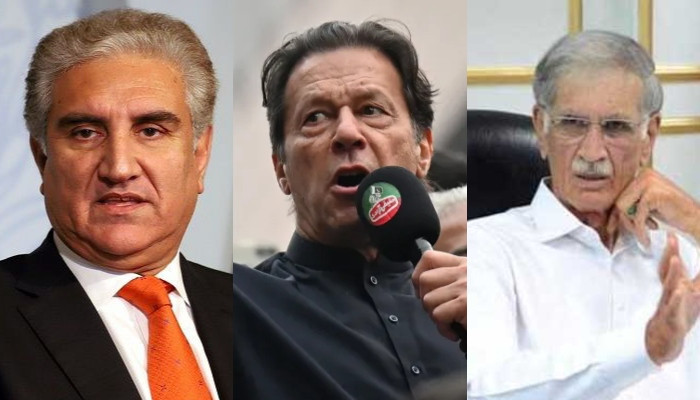 Khattak and Qureshi were part of the delegation sent by PTI to meet the NA speaker but both of them excused themselves from attending the meeting at the last minute, sources within the party shared.

In their absence, former speaker Asad Qaiser led the delegation in the meeting.

Sources said that Khattak has refused to meet the speaker. However, now both the leaders will meet the PTI chief at his Lahore residence in Zaman Park.

Sources said that Qureshi and Khattak will clear their position on resignations with the PTI chief.

Earlier today, the NA speaker informed the PTI delegation that for verification of the resignation the party’s lawmakers will be called individually.

The delegation met the speaker in his chamber to discuss their resignation verification issue amid talk of the party’s return to the assembly.

PTI’s former chief whip in the NA, Amir Dogar, had contacted the NA speaker, requesting him to meet the PTI delegation.

However, on Wednesday, the NA speaker said that the PTI delegation did not come to meet him today and asked for a meeting today at 11:30am.