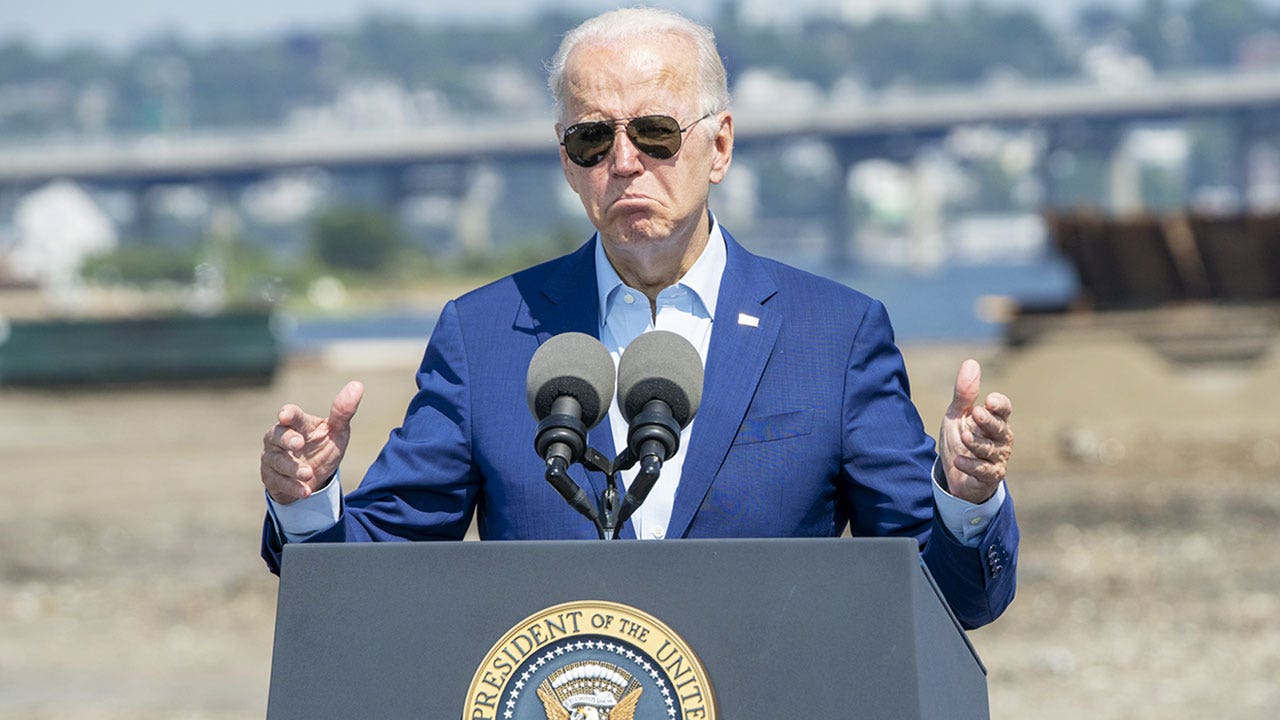 President Biden faced accusations of climate hypocrisy after the news was released about his signing of the omnibus bill on Thursday.

White House officials told Fox Business reporter Edward Lawrence that the massive $1.7 trillion government spending bill is currently at the White House in need of a presidential signature by Friday. Lawrence was also told that the bill will be flown from the White House to Biden’s current vacation spot in St. Croix in the Caribbean for him to sign.

“A White House Official tells me the Omnibus Bill is in possession of the White House. It has to be signed by Dec 30th. The Official says at some point it will be transported to St Croix for POTUS to sign to make the Dec 30th deadline. #POTUS,” Lawrence reported on Twitter.

Twitter users quickly called out the optics of a bill being flown to a president’s vacation spot as well as the apparent disregard for his own climate change activism.

U.S. President Joe Biden walks to speak to reporters as he and first lady Jill Biden leave the White House and walk to Marine One on the South Lawn on December 27, 2022 in Washington, DC.
(Anna Moneymaker)

“They want to stop us from using fossil fuels as they fly stacks of paper to an island in the Caribbean,” X Strategies senior digital strategist Greg Price wrote.

Josh Hawley press secretary Abigail Marone tweeted, “Not that I did anyway, but now I definitely won’t take the Biden Administration’s ‘green energy’ initiatives seriously. They’re flying some paper to St. Croix because Biden couldn’t be bothered to sign it before going on a luxury vacation. C’mon man!”

“The Omnibus Bill is having a better holiday vacation than you,” conservative commentator Noam Blum joked.

RedState writer Bonchie wrote, “Absolute perfection. While you can’t afford groceries, the government is flying a $1.7 trillion bill to St. Croix to be signed by a president who hasn’t read it because he couldn’t be bothered to postpone his umpteenth vacation by a day.”

Biden was attacked on Thursday for refusing to having the $1.7 trillion omnibus bill flown to his vacation spot in St. Croix rather than delay his vacation by two days.
( (Photo by Aaron Schwartz/Xinhua via Getty Images))

“the optics here are WILD. flying a multi-trillion dollar taxpayer funded bill to a Caribbean island resort for the president to sign off so he can go back on vacation,” Washington Examiner columnist Becket Adams tweeted.

Earlier that day, Biden’s official Twitter account also tweeted out support in efforts to “confront the existential threat climate change poses” by signing bills such as the Inflation Reduction Act.

“One of the reasons I ran for office was to confront the existential threat climate change poses to our nation and to the world. With the signing of the Inflation Reduction Act, we took the biggest step towards that goal in American history,” Biden tweeted.

Biden was previously criticized for choosing to vacation at the U.S. Virgin Islands while millions of Americans were facing the aftermath of a deadly blizzard over the holidays.

Lindsay Kornick is an associate editor for Fox News Digital. Story tips can be sent to lindsay.kornick@fox.com and on Twitter: @lmkornick.