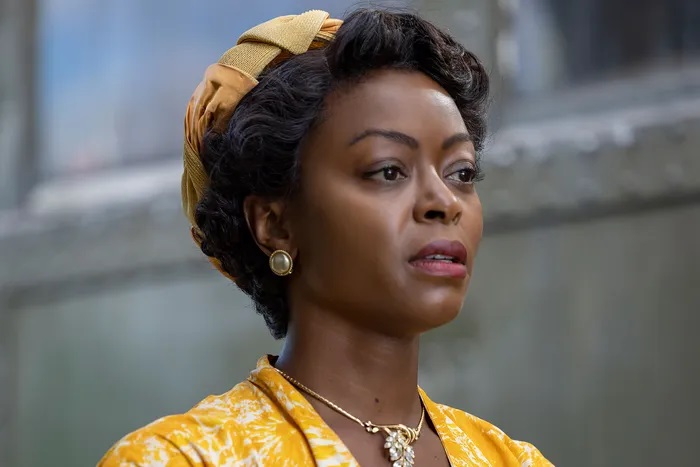 “Till’s” Danielle Deadwyler  is set to receive the Breakthrough Performance Award from the Palm Springs International Film Festival (PSIFF). Her performance as civil rights activist Mamie Till-Mobley will be celebrated at an awards ceremony taking place January 5 at the Palm Springs Convention Center. A press release announced the news.

From “Clemency” writer-director Chinonye Chukwu, “Till” is based on the true events surrounding Emmett Till’s murder in 1955, when the 14-year-old Black boy was lynched in Mississippi. The film tells what Chukwu calls the “untold story” of his mother Till-Mobley, who fearlessly sought justice against those who perpetrated the hate crime against her son, using her grief to help galvanize the Civil Rights movement.

“The riveting portrayal of Till-Mobley by Danielle Deadwyler is unquestionably moving and memorable,” said festival chairman Harold Matzner praised. He described her performance as  “incredibly significant.”

Other actresses who have received the Breakthrough Performance Award include Mary J. Blige, Andra Day, and Cynthia Erivo.

“Everything Everywhere All At Once’s” Michelle Yeoh and “Women Taking’s” Sarah Polley are also set to be honored at PSIFF. The former will receive the International Star Honor and the latter the Director of the Year Award.

Deadwyler has already collected a Gotham Award for Outstanding Lead Performance and a National Board Review Award for Breakthrough Performance, among other honors, for her portrayal of Till-Mobley. The Oscar hopeful recently starred in post-apocalyptic HBO Max miniseries “Station Eleven.”