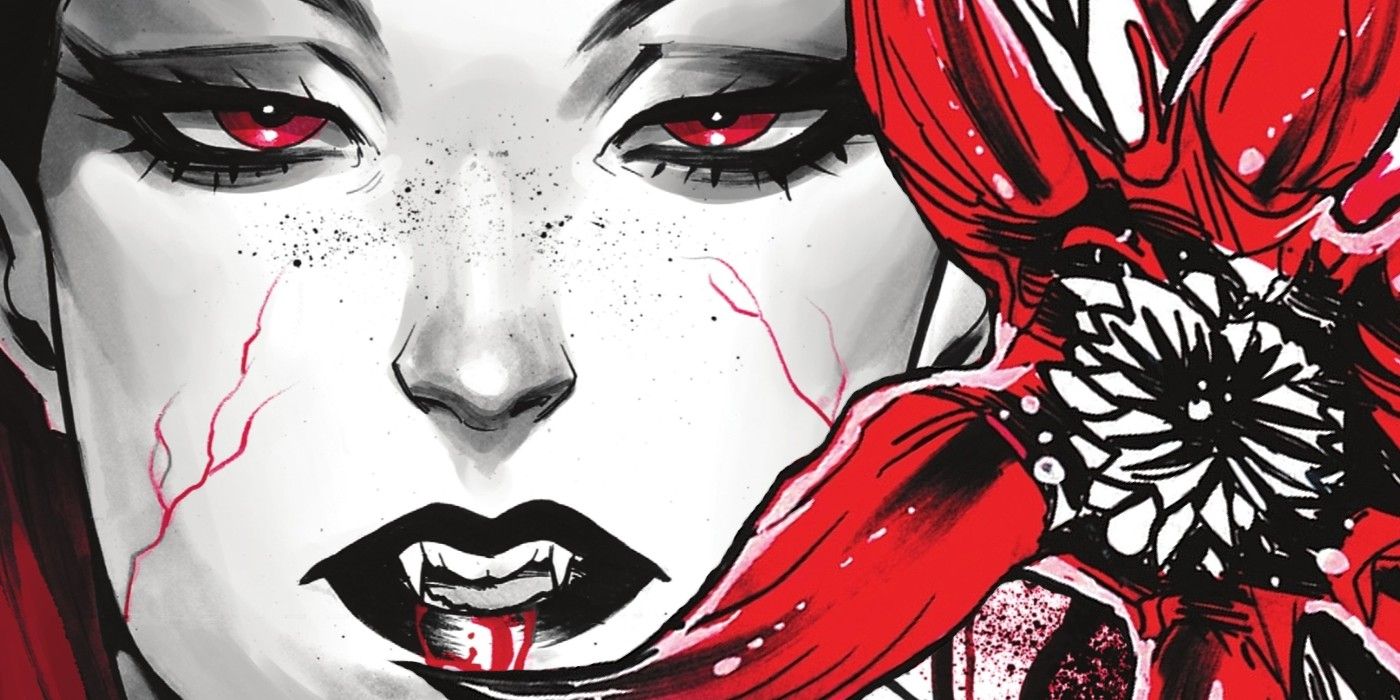 As Poison Ivy is recruited by DC’s new vampire army, she undergoes a shocking evolution that makes her Gotham’s most terrifying threat.

Warning: contains spoilers for DC vs Vampires: All-Out War #6!Gotham City is home to the planet’s most terrifying villains, including the cannibalistic Killer Croc, the mind-bending Scarecrow, and the Jester of Genocide known as Joker, but Poison Ivy‘s new vampiric transformation just moved her to the top of the list.

Readers get to see Poison Ivy’s terrifying transformation in DC vs Vampires: All-Out War #6‘s ‘Thirst’ by Mirka Andolfo. After being infected with vampirism, the group of vampires that infected Ivy question why she’s acting weird. Typically, whenever a DC character is infected with vampirism, they immediately lose all sense of morality, immediately joining the vampire cause without question. But Ivy behaves differently – instead of immediately joining and helping the vampires kill heroes, instead Ivy immediately starts killing everyone in the immediate area.

In DC vs. Vampires and its various tie-ins, the human world has fallen to a vampire takeover. A secret society of vampires have spent a good deal of time slowly infecting or killing any hero or villain they deem a threat. They acted so carefully that not even Batman was able to figure out who the vampires were until they revealed themselves. With Nightwing as the current vampire villain, he has been ordering his minions to track down and infect anyone who may prove useful, which is how Poison Ivy became infected. But infecting Poison Ivy comes with a side effect that literally no one saw coming, and it could have just doomed the entire planet, for both humans and vampires.

Poison Ivy is a character who is deeply in tune with plants – she has control over all plant life, and her body has plant-like attributes, such as requiring an extensive amount of sunlight to live. Her similarities to plants don’t end there, as the vampiric scourge unlocks new abilities. There are plenty of plants that can survive off of blood meal, but roses specifically can survive off pure blood and crushed bones. Poison Ivy seems to have been affected differently from every other vampire due to her plant DNA, giving Poison Ivy a new monster form unlike any other vampire so far. One of the vampires, before Ivy brutally kills him, even suggests the idea that her having plant DNA could be what’s making her act differently from literally every other villain they’ve infected. Ivy’s bloodlust drives her to not only drain the blood from humans, but other vampires as well, making her the biggest threat to both sides of the current war – especially as her tendrils spread across the city.

Ivy declares that she now considers the entire world hers to feed on, and her new vampiric form sprouts fanged flowers which begin to strangle the skyline. With the world’s human heroes and villains on the back foot, Poison Ivy‘s new status as a god-tier solo operator could be the challenge that finally distracts the undead from total conquest… or she could be the threat that seals humanity’s fate forever.