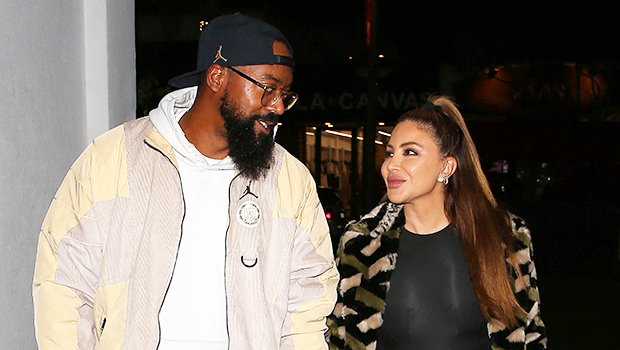 Larsa Pippen and Marcus Jordan were spotted, walking hand-in-hand, at E-Baldi on Wednesday, December 28. The reality star, 48, and former college basketball player, 32, held hands as they headed into the Italian eatery in Beverly Hills. The date night comes just a few weeks after Larsa swore that she was just pals with him.

The Real Housewives of Miami star has been seen out with Marcus, who is Michael Jordan’s son, on a few occasions since September. Amid their public sightings, it was reported that Larsa and Marcus were dating, but when asked about their relationship, she said that they’re strictly platonic. “We’ve been friends for a few years and that’s really what it is. We’re friends,” she told People.

It’s clear that Larsa and Marcus are very close friends based on their date night. As they walked with their hands linked, the two were seen looking at each other and smiling. The reality star looked beautiful as she wore a black cat suit and thigh-high boots, as well as a sweater. Marcus sported a white hoodie, jeans, and sneakers, under a cream-colored jacket, as well as a black backwards cap.

Part of the drama with Larsa’s friendship with Marcus comes as her ex-husband Scottie Pippen was teammates with Marcus’ dad Michael Jordan on the Chicago Bulls in the 90s. While the NBA stars were a strong team in the 90s, Scottie has called out MJ for the way that he was portrayed in the hit docu-series The Last Dance in 2020.

Despite the beef between Michael and Scottie, Larsa has defended her friendship with Marcus on a few occasions. After the pair was heckled at a Los Angeles Chargers game in November, she left a comment on Instagram, explaining that she and Scottie weren’t really close with his Bulls teammate’s family. “I just met him 3 years ago I never knew him or his family,” she wrote. “I was 21 yrs old and in college when Scottie played that one year w MJ and we weren’t friends with them like everyone thinks.”