Fans Blast Kim Kardashian After Sharing TikTok Video Of Her Dogs Seemingly Living In Her Garage! 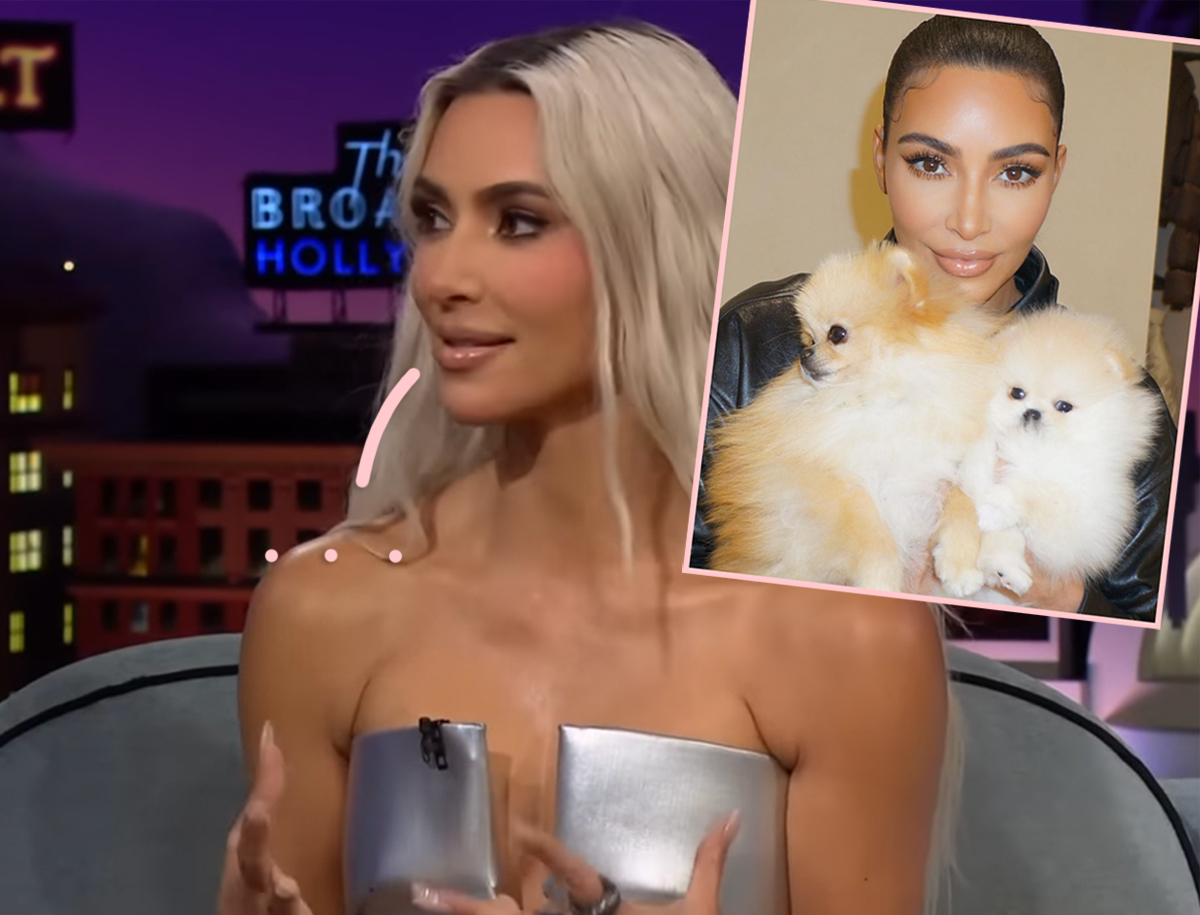 Kim Kardashian is in the doghouse!

The 42-year-old reality star posted a video on her shared TikTok account with North West to give social media users a look into the setup for her two Pomeranians, Sushi and Sake, for the holidays. Set to the tune of Baby It’s Cold Outside, the clip showed the pups in a gated playpen decked out with a Christmas tree, stockings, stuffed toys, and pee pads, while they ran around and ate food in their little coats. Although there seemed to be nothing wrong with the video at first glance, people soon noticed and pointed out online that the dogs appeared to be living in the garage!

Related: Kim Reveals Her Employees Must Adhere To A Super Strict Dress Code!

Considering the momma of four is a billionaire, you would think the doggos would have a more luxurious housing accommodation! However, that doesn’t seem to be the case, and social media users were steaming over the alleged mistreatment of Sake and Sushi! TikTok user @needthedeets, who managed to re-post the video, wrote:

“This video was deleted from North’s account. Is it because Kim Kardashian doesn’t want people to think they keep their dogs in the garage? I wonder why they deleted it….”

Based on the comments section of the video, others also seemed to be outraged at Kim, writing:

“you’d think someone in a mansion would have like a dog room inside the mansion and not the garage.”

“They have such a Mansion and have their dogs in the garage? Shows the real spirit and mindsett [sic] of the people. Disgusting”

“probably bc it doesn’t fit the ‘aesthetic’ lol”

“My dogs living better than Kim kardashians dogs? That’s a flex for me tbh lol”

While plenty of people called Kimmy Kakes out, there were others who came to her defense in the comments, noting that the dogs seemed fine, and she most likely had them in the garage whenever guests were over:

“the hills in LA have hella coyotes, at least they’re safe inside lol”

“Y’all know her garage is heated to the fullest. I see nothing wrong with this at all. Lol”

“In the garage and still got their own Christmas tree. Those dogs are perfectly fine lol”

“Tbh id love to live in Kim’s garage too”

“They have stockings and a tree. I think they are doing okay”

“Have they thought maybe they put them away there for the Christmas parties/ guests coming over for a few days maybe ???”

For her part, Kim has not addressed the backlash at this time —  but we wouldn’t be surprised if we see a subtle clap back at the accusations soon! What are YOUR thoughts on the matter, Perezcious readers? Let us know in the comments below!