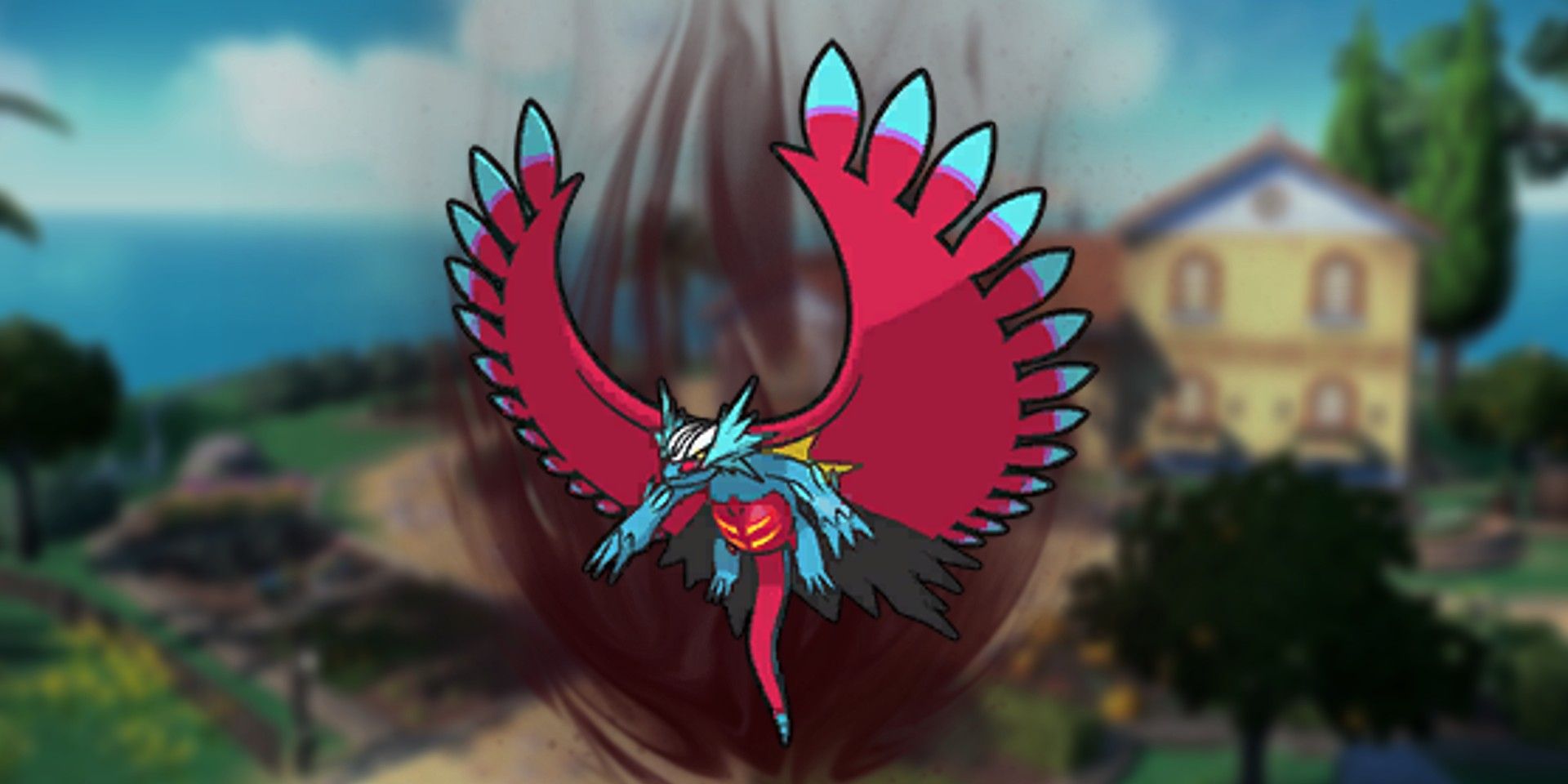 Pokémon Scarlet and Violet’s Roaring Moon can be an appropriate choice for tackling Tera Raids, if it is built properly. Here’s its best build.

Pokémon Scarlet and Violet’s Roaring Moon has a build for Tera Raid battles that makes it ideal for quickly eliminating opponents. The Paradox Pokémon, exclusive to Pokémon Scarlet, is interpreted as the Ancient Forme of the current-day Pokémon Salamence. Its design is heavily based on Mega Salamence’s looks, although it has a few pre-historic features that make it resemble a dinosaur.

With Pokémon Scarlet and Violet’s Roaring Moon’s build for Tera Raids, players should take advantage of the Paradox Pokémon’s Speed and Attack stats. Along with Iron Valiant, Roaring Moon has the highest base stat total of all Paradox Pokémon from Pokémon Scarlet and Violet. As such, it is a reliable ally for facing stronger opposing Pokémon in SV’s Tera Raids.

Related: The Best Ice-Type Pokémon in Scarlet and Violet

With its primary Dragon-type, the Pokémon is a strong one, able to use heavy hits, despite the lack of a super-effective advantage. However, considering the necessity of quickly melting through opponent’s shields in high-level Tera Raids, this is not its recommended build. The best build for Pokémon Scarlet and Violet’s Roaring Moon in Tera Raids, as recommended by Game8, is with a Steel Tera type. Before this, however, players should build around one of its biggest strengths.

Roaring Moon is one of the fastest Pokémon and, to make the best use of that, players should change its Nature in Pokémon Scarlet and Violet to Jolly, in case that is not already the one set when captured. This will boost the Pokémon’s Speed at the expense of its Special Attack – considering it is a normal attacker, this is the best possible decision. An alternative is to boost its Attack and decrease its Special Attack by changing its Nature to Adamant. Though this is not the best for Pokémon Scarlet and Violet’s Roaring Moon’s build for Tera Raids, it is functional.

With that done, players should defeat enough Steel-type Tera Raids to change its Tera type to Steel in Medali. Roaring Moon is not among Pokémon Scarlet and Violet’s best Steel-type Pokémon but excels as a Steel Tera type Pokémon. Trainers should also use its Ability, Protosynthesis, and equip it with Booster Energy, which will be consumed at the beginning of the fight and, ideally, increase its Attack by 30%. With Dragon Dance as the first move, the Pokémon’s Attack and Speed stats are further boosted. This constitutes the start of the best build for Pokémon Scarlet and Violet’s Roaring Moon in Tera Raids, though the work is not over.

After the stat-boosting session at the beginning of the fight, players will then use Iron Head to damage the opponent heavily. They should also consider Metal Claw as a backup move in case Iron Head is disabled. To add variety to the movelist, they should also add powerful moves from Pokémon Scarlet and Violet’s roster, such as Crunch. A great non-Steel-type move to use with Roaring Moon’s best build for Pokémon Scarlet and Violet’s Tera Raids is Acrobatics. With the Booster Energy depleted at the start of the battle, the otherwise forgettable move will have its attack power doubled with a great Accuracy rate. Seeing its max EVs set to Attack, Speed, and the remaining points to Special Defense, Roaring Moon is a strong choice for players tackling Tera Raids in Pokémon Scarlet and Violet.

More: Pokémon Scarlet & Violet: The Best Pokémon (& Moves) To Use For Catching Other Pokemon