HomeTechnologyLinda Rendel of Massive Miniteam on why she thinks the industry is...
Technology

Linda Rendel of Massive Miniteam on why she thinks the industry is changing | Pocket Gamer.biz 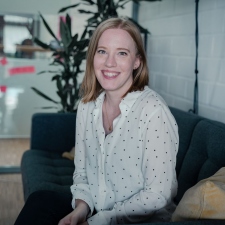 Here at PocketGamer.biz we celebrate diversity of all kinds. Speaking to various inspiring women at our Pocket Gamer Connects events around the world, and being aware that there is still a real need to shout about the subject, we decided to focus on females for December. In this series of features we will interview various women working in gaming, as well as sharing other stories around the subject.

Linda Rendel works as a Production Director at Massive Miniteam creating and porting indie games. Before she was a Producer at Ubisoft Düsseldorf focusing on virtual reality. Linda produced experiences like Beyond Medusa’s Gate, Prince of Persia: The Dagger of Time & Assassin’s Creed VR. She also founded the #FemDevsMeetup in 2017 to empower diversity in the game industry and is an advocate for women’s rights and equality.

PocketGamer.biz: Please tell us a little bit about yourself and your current role?

I studied English Literature and video games were part of my life as a hobby. I loved the fact that one could create these interactive worlds and fully immerse in them. However, I did not know that actually being part of the people developing games could be a career for me until in my last master’s semester a producer from Ubisoft did a workshop about video game project management and I knew this is what I’d love to do. After a lot of applications and networking at game conferences, I finally landed a job at Ubisoft Düsseldorf. There I started on The Settler’s Online and late produced location-based VR escape rooms such as Escape the Lost Pyramid, Beyond Medusa’s Gate, and Prince of Persia: The Dagger of Time. After I spend two years working in Assassin’s Creed VR and then moved on to a smaller indie studio as Production Director.

What first attracted you to the gaming industry?

I was exposed to video games early on in my life because it was my grandfather’s hobby and every time I visited I was allowed to help when he upgraded the hardware and also play games. The ability to combine so many disciplines and all kinds of mediums to tell stories and create worlds still fascinates me to this day. The feeling of working together towards a common goal to make a game you can be proud of is the best.

What effect do you think the culture within which you grew up has had an influence on your career path?

It had a big impact, while for me playing games and using computers was normal early on when I started school I actually was scared to admit that games were a hobby of mine due to it not being popular among the other girls at school. I also never knew that working in the game industry could be a potential career path since there was no visibility.

I studied English Literature and in my master’s semester, a producer from Ubisoft gave a workshop there on the management aspects that go into making a game. I immediately knew that is it what I’d love to be doing and the fact the producer encouraged me to apply and he himself had studied history gave me the confidence to try and enter the industry.

What challenges have you had to face during your career – thinking specifically about being a female in the industry?

I was lucky, when I entered the industry and got the first job my team and manager already gave me a lot of trust and valued autonomy. I was able to safely experiment and find my project management style. I still had to overcome the voices in my own head though telling me that as a manager you need to be a certain kind of way, believing in the stereotypical traits that are associated with such a role; being loud, assertive, in the spotlight, knowing everything, etc. Only with growing in experience, I realized that this is not what makes a good manager and leader and that the value is in bringing different perspectives and managing styles to the role and most of all being vulnerable and building trusting relationships with the people you work with.

What advice would you give to companies looking to improve equality within the workplace?

Regularly doing retrospectives on the company-wide structures and processes, gathering feedback, and iterating on them. How is salary distributed and discussed? What does the hiring process look like? Do you spend enough time on team building? Is management sufficiently coached to lead people? How is feedback handled? Does everyone know what the company values are and do you live them?

And what advice would you give to other women joining the industry?

It’s always tricky to give general advice since everyone’s journey and circumstances are different. I’ll say what helped me; Joining game development networking events or game conferences (some are free and some offer to join as a volunteer), getting to know the people in the industry, and the different opportunities it offers helped me a lot. This is one of the reasons why I founded the #FemDevsMeetup, they offer a safe space to learn about game development and find support. We do have on-site events in Germany and also an online community on discord.

Who inspires you the most (not necessarily from within games)?

The #FemDevsMeetup orga team. All wonderful people who volunteer to give their time and organize events and share their knowledge, working to make the industry better.

Since you entered the games industry, what is the biggest change you’ve seen and is this for better or worse?

One of the biggest changes for the better is the technologies we make our games with becoming more accessible with lots of free educational content online enabling more people to make games. Another one is the topics around diversity, inclusion, and accessibility being more visible and talked about. People demand better working conditions and say no to crunch.

If you could change one thing about the industry, what would it be and why?

If you could only keep 3 games on your phone for the rest of time, which would you choose?