HomeTechnologyBig Stories of 2022 - The rise of mobile in new nations...
Technology

Big Stories of 2022 – The rise of mobile in new nations | Pocket Gamer.biz 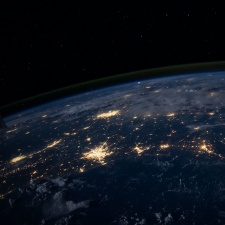 In the wake of major developments across not just the mobile game industry, but also the globe, it’s inevitable we’ll see knock-on effects that shift the balance of power and investment. From the invasion of Ukraine, to the Post-Covid slump, and the ‘Adpocalypse’ with the demise of IDFA, 2023 has seen events, and the continuation of events, which have dramatically changed our way of looking at the potential future of the world economy.

However, one thing doesn’t change, which is that things always change. Amongst them being some of the most enormous markets, which many viewed as untouchable, shifting and making way for new ones. China has long held the position of largest market for mobile games, but now they’re facing stiff competition, and the stumbling block of Covid may now be an outright fall as others take the lead in terms of growth.

Africa is the perfect example of an emerging market, and far more than just a single nation, an entire continent that due to the sheer geographical difficulty of digital coverage, has gone undervalued thus far. However, with our focus on the MENA region slowly shifting to Sub-Saharan Africa, so too must our considerations of how important this area is to mobile. As we pointed out earlier this year, there is both difficulty and opportunity in improving internet adoption across the continent, however new technologies and investments are making the eventual mass-digitisation of Africa an inevitability.

Africa, especially in the far South,already has a burgeoning games industry. This year the fifth African Games Week was hosted in Cape Town, marking multiple events to improve public awareness of the game industry. We anticipate that, given the widespread usage of mobile phones and satellite data being the main way to access the internet, that the mobile games industry has only just begun to grow within Africa.

India has consistently been a top contender in the mobile game. However, it’s always slid behind it’s larger neighbour China in terms of both revenue and overall players. New predictions released this year suggest that this is about to change. As the overall number of players in India are set to approach and possibly overtake China. Monetization and revenue remain low however, as converting these players into paying customers may be the biggest hurdle for developers and studios in India.

A large part of this may be the stumbling blocks that companies in China are facing from the government, with licensing freezes and opaque regulations proving to be a massive issue for developers. However, it also ensures that the ones which come through at the top are going to be the largest and most dominant players, such as Tencent and NetEase.

Türkiye has been a consistent presence in the mobile scene, however they made many notable moves this year that led to them taking the spotlight more than a few times. With numerous stories of major investments. With an early crop of casual and hyper-casual game developers such as Peak, Rollic etc. We then saw a splintering of these into various other small companies like Dream Games.

After that it was only a matter of time before investors began to take notice, and with Türkiye seeing a slump in its economy, the existing investment atmosphere only grew stronger. Games have been one of the few industries in Türkiye to weather the storm, in fact emerging even stronger.

For young, digitally-oriented people, the prospect of a quick route to success in the game industry is an attractive one as well. Hyper-casual requiring only a small team and comparatively less experience meant kickstarting new studios was also relatively easy. We may see Türkiye becoming a major market and industry force in future, balancing both aspects perhaps more so than other countries on this list.

With the growth of the ‘Vision 2030’ initiative to diversify and project a positive international image, Saudi Arabia has pushed investment into numerous industries. One of these is mobile gaming. On the topic of money there’s no question it’s a significant force, being one of the richest Gulf States and one of the richest countries in the world. However, growth within the country has left something to be desired.

To be clear, it’s still very early days for the Saudi Arabian mobile games industry. Massive fields such as this don’t emerge from nowhere, and it’ll take time for new developers and publishers to arise. However, the issue is that many don’t feel confident taking on these roles as full-time jobs, which is one of the most important reasons anyone would get into game development.

With Savvy Games Group proving a reliable and well-equipped presence it’s undeniable the Saudi market is set to expand. For now, Saudi Arabia has the tools, but it doesn’t yet have the talent. Or at least, it hasn’t been able to attract them to commit to its numerous developers and start-ups thus far.

These are some of the nations we think you should be watching in 2023. Whether or not outside investment will colour their continued growth, or if new battlegrounds emerge, as with China where players step onto the world stage to take control is as yet unclear. What’s sure is that the mobile and gaming industry as a whole is set to be shaken up in a big way in the coming years.