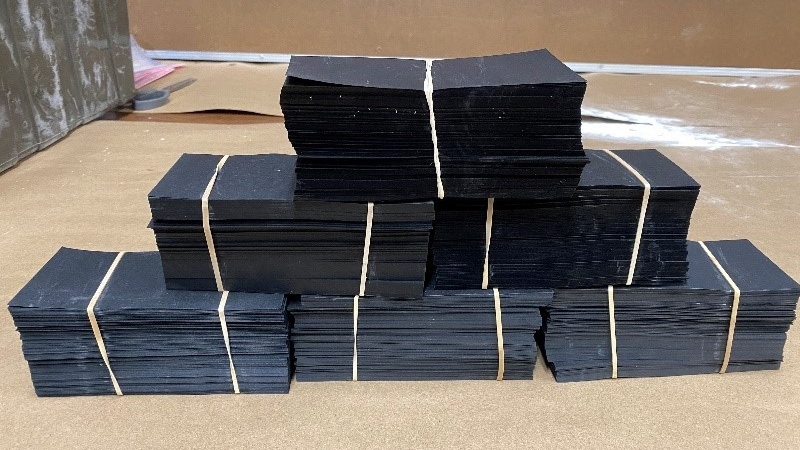 Toronto police are warning the public about a “black money scam” after making an arrest in a robbery and fraud investigation and locating a large sum of counterfeit bills.

On Dec. 22, officers responded to a robbery at Danforth and Greenwood avenues.

A man allegedly lured the victim to the area regarding a potential business transaction. Police said the man then pointed a firearm at the victim and demanded money before fleeing the scene.

On Wednesday, police arrested Ajax resident Hallie Ndorley, 48, in connection with the robbery.

During the arrest, officers located a large amount of Canadian cash, a large quantity of counterfeit currency, and black and white paper that police believe is used in currency scams.

Police have released images of the counterfeit cash and paper.

The scams are known as the “black money scam” or “wash wash scam.”

“The Toronto Police Service is asking the public to be aware of this fraudulent scam, and remember, that if it sounds too good to be true, it probably is,” police said in a news release on Thursday.

A cache of seized counterfeit and Canadian currency is seen in this undated image. (Toronto Police Service)

Police said these scams are accomplished by giving the victim a large quantity of banknote-sized black or white pieces of paper. The fraudster then convinces the victim that if they buy a special solvent from them it will remove the dye on the paper and they will become real bills.

Ndorley is facing six charges, including robbery with a firearm, carrying a concealed weapon and possession of counterfeit money.

Investigators are asking anyone who was a victim of this scam or who has more information to contact police at 416-808-5500 or Crime Stoppers anonymously at 416-222-TIPS.