Review: Revamped Come From Away dazzles in Ottawa presentation 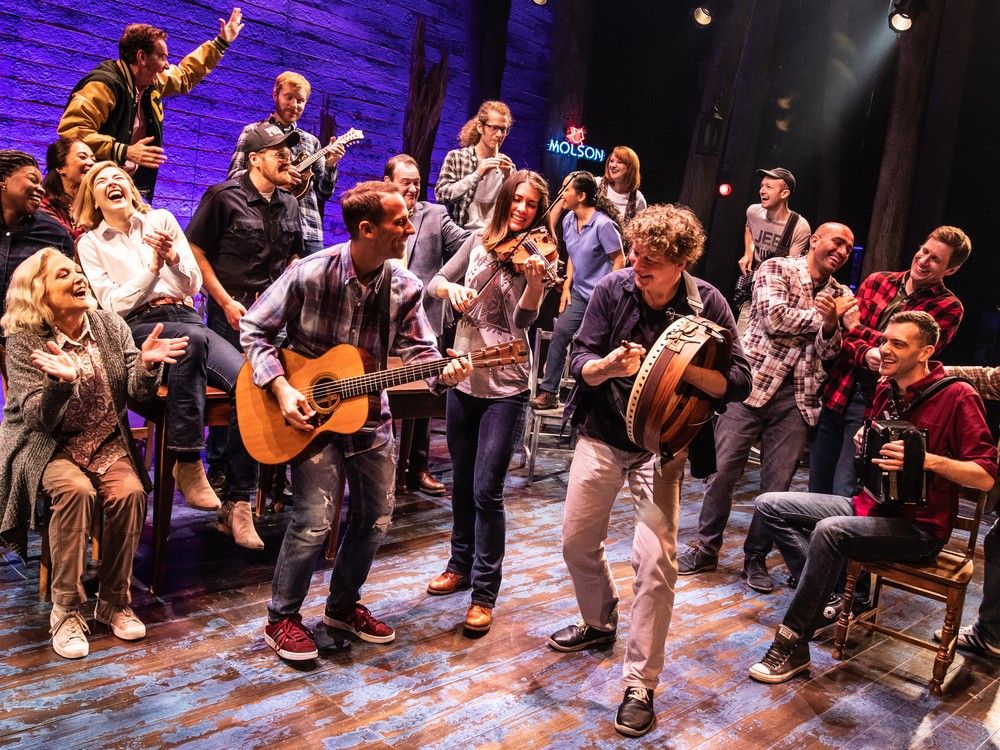 Reviews and recommendations are unbiased and products are independently selected. Postmedia may earn an affiliate commission from purchases made through links on this page.

Presented by Broadway Across Canada

A revamped version of the hit Canadian musical Come From Away is back in Ottawa, and you may be wondering if it’s worth seeing again. The answer is a resounding YES.

The new show, which runs without an intermission, is tighter, funnier, more energetic and slightly baudier than the production we saw in 2019. It grabs audiences out of the gate with the anthemic opening number Welcome To The Rock and keeps their attention, but, with a handful of f-bombs, a quick glimpse of women’s undergarments and a couple of allusions to passion along the way, it may be a tad unsuitable for young children. The recommendation is for audiences ages 10 and up.

Of course, it’s still a wholesome show that delights in its message of kindness in the face of adversity, delivering it with a healthy dose of humour along with music that draws heavily on the Celtic and folk traditions of Newfoundland, ably performed by a live band that’s not hidden in a pit.

The story, you may recall, is inspired by the events of Sept. 11, 2001, in Gander, N.L. United States airspace was closed for the first time in history after terrorist attacks in New York City and other locations, so dozens of planes bound for U.S. destinations were instead ordered to land at Gander, bringing 7,000 people from around the world to the former Cold War military base and almost doubling its population.

Written by the husband-and-wife team of David Hein, who spent his teenage years in Ottawa, and Irene Sankoff, the show chronicles Gander’s response to the unexpected influx of visitors. Based on interviews with residents and visitors, its characters include a teacher, police office, SPCA worker, the mayor and other townsfolk, plus visitors such as a gay couple from Los Angeles, the mother of a New York firefighter, a Muslim chef, an oil executive from England and a Texas divorcee.

The show demands each performer play multiple roles, requiring them to sing, dance and flip between American and Newfoundland accents. Directed by Christopher Ashley, the well-rehearsed cast didn’t skip a beat throughout the non-stop production, shifting characters in the blink of an eye, nailing the comedic timing and knocking out the big ballads in fine form. They dazzled in what must have been a physically exhausting show.

The staging, meanwhile, is compact and efficient, involving a random assortment of chairs ingeniously arranged on the fly to serve as airplane or bus seats, an air-traffic control office, a church, school or coffee shop. It’s fun to watch the transformation and you don’t need a dozen tractor-trailers to transport it to the next city.

If anything has been cut from the show, it’s not obvious. I think I laughed more seeing it this time, but I also cried more at the poignant moments of loss. In the end, after two years of a global pandemic, the message of Come From Away resonates even more deeply, reminding us that a community coming together can accomplish pretty much anything.