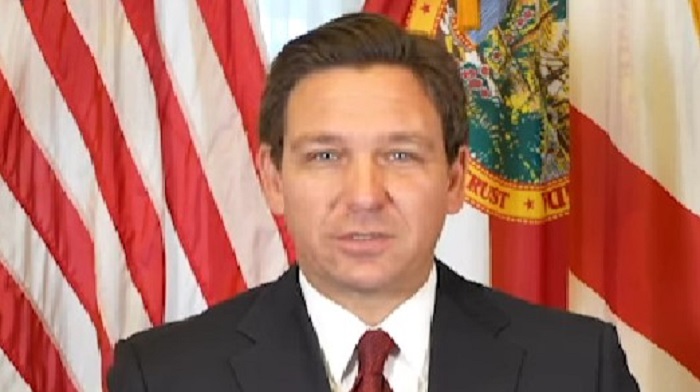 A statement from the office of Florida Governor Ron DeSantis announced an investigation into a drag show in Fort Lauderdale which allegedly exposed children to “sexualized acts.”

Bryan Griffin, press secretary for the governor, issued the statement and even hinted at criminal charges should the investigation show children were exposed to “sexually explicit activity.”

“The Department of Business and Professional Regulation (DBPR) is aware of multiple complaints about a sexually explicit performance marketed to children held in Fort Lauderdale on December 26th,” the statement indicates.

“The Department is actively investigating this matter, including video footage and photographs from the event,” it further expresses. “DPBR will, like in other cases, take action.”

“Exposing children to sexually explicit activity is a crime in Florida, and such action violates the Department’s licensing standards for operating a business and holding a liquor license.”

Ron DeSantis is once again treading into territory that oftentimes scares away Republican lawmakers for fears of being called transphobic, homophobic, or  whatever-phobic term the left likes to throw out there.

Especially when it comes to the overt sexualization of children.

And, reading the alleged details of the show under investigation, the action seems warranted.

According to the Floridian, Chris Nelson, a local activist, was in attendance at the show in Fort Lauderdale called “A Drag Queen Christmas.”

Nelson claims the show provided entertainment in the form of “simulated sex acts to minors” with several in attendance in the crowd that he states “looked as young as 10 years old.”

After noticing MULTIPLE children in the audience at the explicit Drag Queen Christmas in Ft Lauderdale I called out performer Nina West for inviting and allowing children to come to her sexually explicit shows! pic.twitter.com/3XA4qqV0IR

Nelson was escorted out of the building by security and police after raising opposition to the fact that children were viewing a show which featured segments including “t-ts in a box” and lewd dances.

Other videos from the performance weeks ago reveal one of the drag performers asking a child in the audience what they think of the show.

In this performance they simulated sex countless times, sexualized a child’s story, including Santa, and had sexual videos playing in the background.

When the host asked a child what his favorite part of the show is he replied “nothing”. pic.twitter.com/rmrkCb5eJ2

Forcing sexual content onto children as a way to normalize it is not something DeSantis will ever shy away from it seems, drag show or otherwise.

The legislation restricts teachers and school districts from giving classroom instruction on “sexual orientation” or “gender identity” in kindergarten through third grade.

This is common sense to most people. To the left, it’s traumatizing not to be able to normalize this nonsense.

Jen Psaki, who has an MSNBC gig lined up, beaks down in tears while discussing Florida law in an interview with @JessicaYellin

“I’m going to get emotional about this issue because it’s horrible … this is an issue that makes me completely crazy.” pic.twitter.com/SQNDM2TY6F

If there’s anything worth crying over it’s the breakdown of society that grooms children to accept such topics as normal despite their young age.

This past July, DeSantis’ office filed a complaint against a Miami bar for weekend brunches that reportedly exposed minors to “sexually explicit drag shows.”

“Having kids involved in this is wrong,” DeSantis said at the time.

“That is not consistent with our law and policy in the state of Florida. And it is a disturbing trend in our society to try to sexualize these young people,” he added. “That is not the way you protect children.”