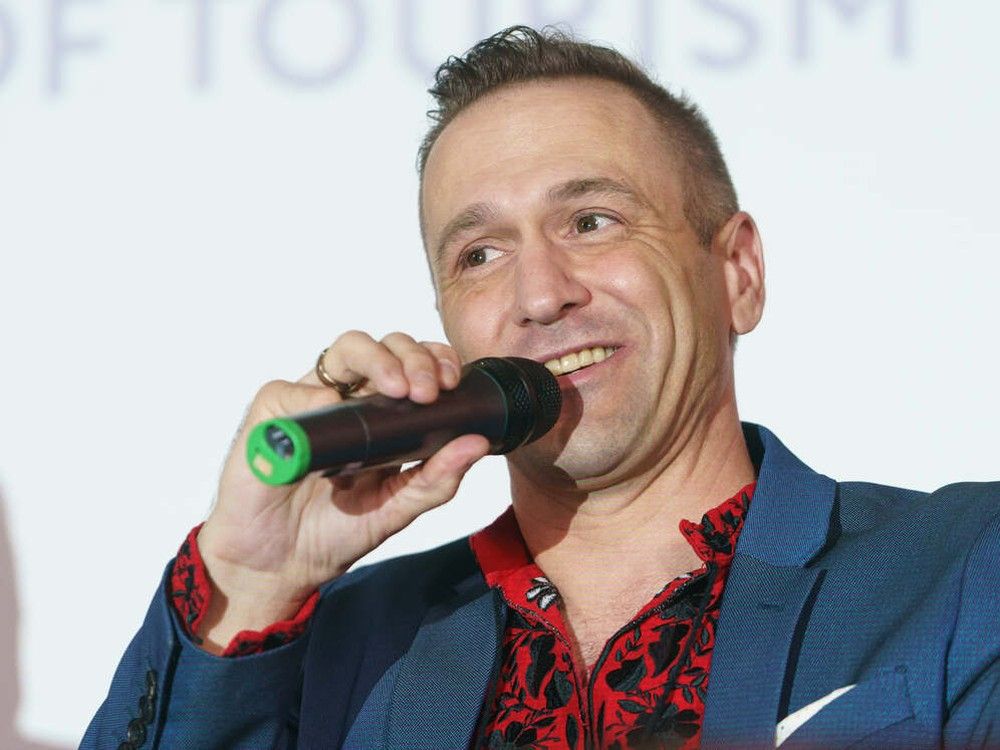 When he was a graphic design student at St. Lawrence College (SLC) in his early 20s, Alexandria native Luc Chénier turned down an internship at a local newspaper, thinking the news business wasn’t really for him.Now, about 25 years later, Chénier is the CEO of the Kyiv Post, a longstanding newspaper in Kyiv, Ukraine.

Having been in the position for a little over a year now, Chénier has mostly worked with his team from afar since the Russian-led attacks on Ukraine began in early 2022. His family fled when they awoke to bombs falling near their home one morning. Chénier returned to Canada earlier this year but said his mind and soul remained in Ukraine the entire time.

Ultimately, his family returned and resettled in Europe, but Chénier made another brief visit back to Ontario last month.

“It was good to be back in Cornwall,” he said, later adding, “no matter how far I go internationally, it’s always nice to feel at home in Cornwall and Alexandria.”

Chénier made the second voyage to see family and also attend the 2022 Premier’s Awards gala, hosted by Colleges Ontario, where he was nominated in the business category. While he didn’t walk away with the award, he was proud to have been nominated — despite his extremely competitive personality, he said.

“In hindsight, it was really nice to be reconnected with my school,” said Chénier. “(The nomination) made me feel like I was somebody, I was meant for greater things, and they recognized that.”

Reflecting on his time at SLC, Chénier first entered graphic design simply because he wanted to design his own AC/DC album cover. Using his creative and networking skills, he then worked in western Canada for a number of marketing agencies before travelling the world, where he landed in Ukraine on a whim, quickly finding work.
Chénier said he had one professor — not representative of the rest of the school — who told him that he would never amount to anything. While this stuck with him in a negative light, it ultimately motivated him in his career.

“I thrive on being told ‘you can’t’… this just pushes me to go to a higher level. I love being the underdog — I complain about it, but I’m an underdog champion in a big way.”

Chénier received a lot of critique — including threats to his personal safety — since returning to the English-language Kyiv Post, where he worked as CEO a few years prior. He was called back in last November after 30 of the newspaper’s reporters and editors exited the company after what he briefly described as a miscommunication, and a majority of the lot formed the competing Kyiv Independent as a direct result. The controversy has received global coverage, with conflicting information being reported about how and why the employees left the company.

Regardless of what transpired, Chénier’s focus and purpose is and was on forging ahead with a new tone. The Kyiv Post is leaning into digital media that incorporates respectable investigative journalism along with positive stories that inspire hope.

“I’ve never worked this hard in my life… within a month we restarted publishing… we were exploding, we had global plans… and then the war started… we said, now, we just need… to inform the world about what’s really happening (in Ukraine),” said Chénier, speaking about his team with utmost praise for their work. “I’m happy to say now, our numbers are just growing and growing.”

“We are not the old Kyiv Post, but we are still true to the core of what Kyiv Post has always been. We’re just more refined and more balanced… you need to just say the facts, what they are — good or bad — and let the reader decide (how they feel).”

Chénier is happy to see his team growing and said he will occasionally pitch editorial content, including a recent piece undertaken by Alisa Orlova that looks at how schools have been impacted by the war across the country and what rebuilding the future for students will entail. While he says the work he is doing is a large undertaking, he feels it is simply the right thing to do, especially considering the struggles the country is currently facing.

Chénier feels a secret to his success in Ukraine can be attributed to his love and respect for the country, and how he wants to see it thrive, bringing ample experience, while not trying to impose western ideals.

“The biggest mistake you can make in Ukraine is (underestimate) it,” said Chénier.

In 2023, Chénier is looking forward to attending the World Economic Forum and seeing the Kyiv Post continue to thrive.