HomeVideoNick Cannon Shares His 'Biggest Guilt' About Having 11 Children
Video

Nick Cannon Shares His ‘Biggest Guilt’ About Having 11 Children 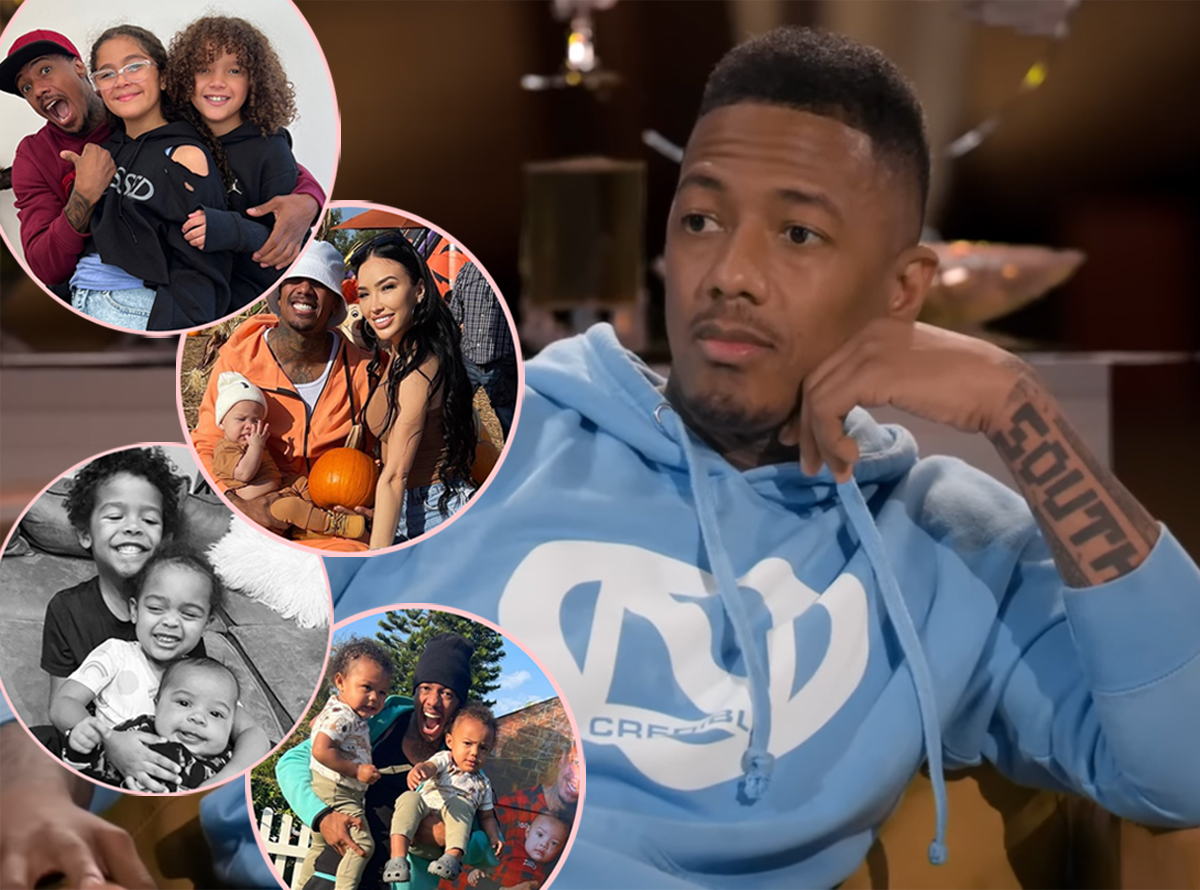 Nick Cannon is getting real about the struggles of having a big family.

As you know, the 42-year-old currently has 11 kids and is expecting another one any day now. With that many children, plus factoring in his busy work schedule as he hosts The Masked Singer, Wild ‘N Out, his radio show at Power 106, and more, it is bound to be hard to balance his family life with his career. And Nick said as much in an episode of The Checkup with Dr. David Agus! Opening about how he’s feeling guilty about how much time he’s spent with his kids, the television personality expressed:

“Being a father of multiple kids, it’s always the biggest guilt on me is that I don’t get to spend enough time with all my children. One ’cause I’m constantly working and two because I’m just spread thin.”

But is he done having more kids? He told Billboard last month that it’s not in the plans… for now:

We’ll see what 2023 has in store for Nick. While the Drumline star is grappling with how to balance his work and family life, he previously defended himself as a dad and told Men’s Health in June that he tries to be hands-on with his kids as much as possible. He said:

“Contrary to popular belief, I’m probably engaged throughout my children’s day, more often than the average adult can be. If I’m not physically in the same city with my kids, I’m talking to them before they go to school via FaceTime and stuff. And then when I am [in the same city, I’m] driving my kids to school, like making sure I pick ’em up. All of those things, making sure [I’m there for] all extracurricular activities. I’m involved in everything from coaching to having guitar lessons with my daughter every week.”

He definitely has a lot more on his plate now than he did when this interview dropped! But hopefully, Nick will figure out how to juggle having a large fam and a tight work schedule in the upcoming year. Thoughts, Perezcious readers? Let us know in the comments below.