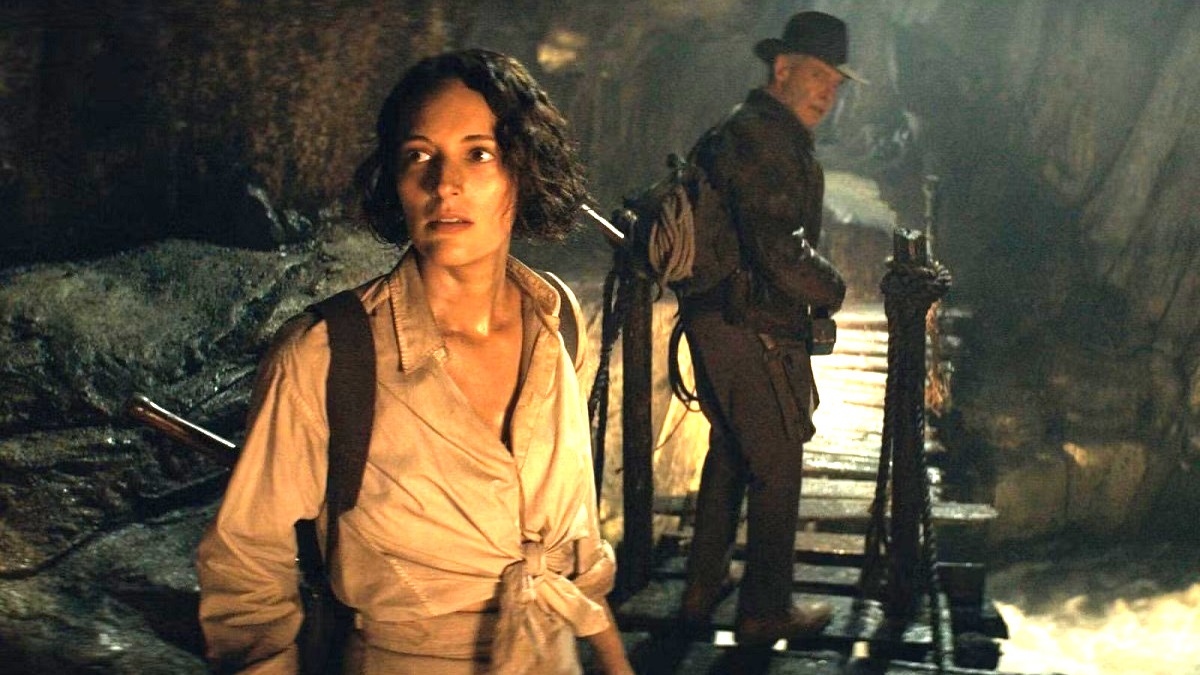 At long last, our first look at Indiana Jones — which we now know is titled Indiana Jones and the Dial of Destiny — is here, in the form of a nostalgia-inducing inaugural trailer that just debuted at CCXP. With Lucasfilm no doubt keen to avoid having another Kingdom of Crystal Skull debacle on its hands, we shouldn’t expect any aliens to show up in this one, although apparently, that doesn’t exclude the film from calling back to a certain galaxy far, far away.

That’s right, eagle-eyed fans have already spotted a sneaky Star Wars Easter egg in the Dial of Destiny trailer. One clip appears to showcase the cockpit of a World War bomber, with the framing of the shot being very reminiscent of the Millennium Falcon blasting through hyperspace. Of course, such a reference brings Indy full circle, as Harrison Ford’s casting in Raiders of the Lost Ark came off the back of the archaeologist’s co-creator George Lucas casting him as Han Solo.

Considering the close ties between the two franchises, then, this is far from the first time they have tipped their hat (or, more specifically, fedora) to each other. See also Club Obi-Wan in Temple of Doom and Indy’s whip showing up just recently in Andor. It’s good to know that director James Mangold, who’s taking over the reins of the action/adventure series from Steven Spielberg, is keeping up this long-running gag.

Funnily enough, a bunch of Ford’s co-stars in Dial of Destiny have already traveled to the Star Wars galaxy, including new villain Mads Mikkelsen (Rogue One) and Phoebe Waller-Bridge (Solo), who’s playing the role of the film’s female lead, Helena, Indy’s goddaughter. We’ll have to keep an eye out for further juicy Easter eggs when Indiana Jones 5 finally gets here on June 30, 2023.