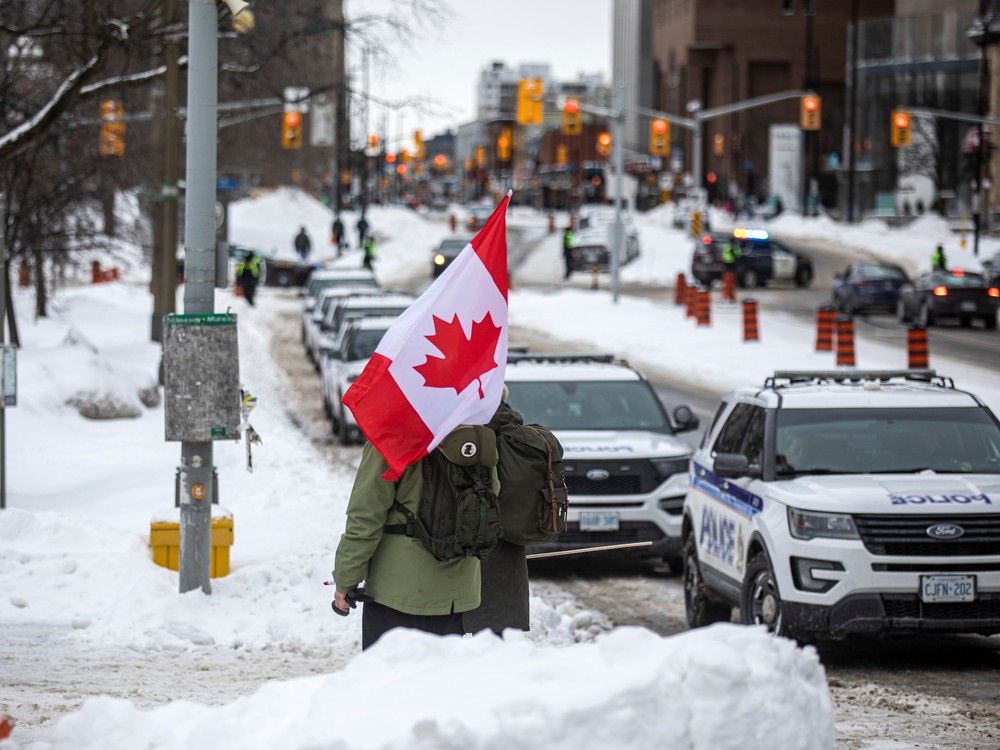 The national security adviser to Prime Minister Justin Trudeau says that senior officials are planning ahead for the possibility of another “Freedom Convoy” protest in early 2023.

Jody Thomas told a parliamentary committee Thursday evening that deputy ministers, some of the most senior civil servants in the government, are meeting to discuss the prospective demonstration for the first time this week.

Thomas said that Mike MacDonald, an assistant secretary to the cabinet within the Privy Council Office, has already chaired meetings “to start looking at how we’re going to respond.”

Earlier this month, James Bauder, the founder of the Canada Unity group and one of the original organizers of the protests that gridlocked downtown Ottawa for weeks last winter, announced that he is calling for a second round next February.

Bauder posted on Facebook that he wants supporters to mark their calendars for a four-day “olive branch edition” of the convoy from Feb. 18 to 21, with plans to be “wheels up” and returning home from Ottawa on Feb. 22.

Ottawa police on Friday said it was monitoring developments relating to the planned event, with the force confirming that it retained jurisdictional authority for Wellington Street — the epicentre of the “Freedom Convoy” protests that has been closed to traffic since police cleared the road of parked trucks and demonstrators in February. A House of Commons committee is currently studying expanding federal jurisdiction for the Parliamentary Precinct to include that roadway and neighbouring Sparks Street.

Thomas and MacDonald both appeared at a special committee of MPs and senators who are investigating the federal government’s decision in February to invoke the Emergencies Act in response to the protests.

The committee study has been taking place separately from the Public Order Emergency Commission, a public inquiry digging into the same questions.

“We are absolutely learning from what has occurred and trying to ensure that we have incorporated where we saw deficiencies as we go forward,” said Thomas.

Part of that, she said, has been a focus on how to interpret open-source domestic intelligence gathered from social media while ensuring that privacy laws are still followed.

MacDonald added that there have been opportunities to test the lessons learned from the protests in early 2022, including with the “Rolling Thunder” protest organized in Ottawa for the end of April and more demonstrations planned on Canada Day.

“A lot of the lessons and some of the ideas were put into the governance and decision structures there,” he said.

He added that he is co-ordinating more directly with police. “I have a deeper relationship with the Ottawa police and directly sit and talk with them about these issues, and that really didn’t happen before.”

Thomas said she believes that with “proper understanding of the intelligence and information,” the Emergencies Act will not be required in the future.

Asked about a potential “Convoy 2.0,” Thomas added that “different action would be taken ahead of time to prevent the settling in to the extent that we saw in January and February.”

She noted that sympathy protests in Quebec City and Montreal, where big rigs were not allowed to park, went differently and were shorter-lived.

“I’m not a policing expert, and the police are doing their own review. And the inquiry will speak to the policing aspects of this,” she said, referring to the commission, which is set to deliver a final report in early February. “But in cities where the trucks were not allowed to stop, they did not have the same problem.”

with files from Postmedia News