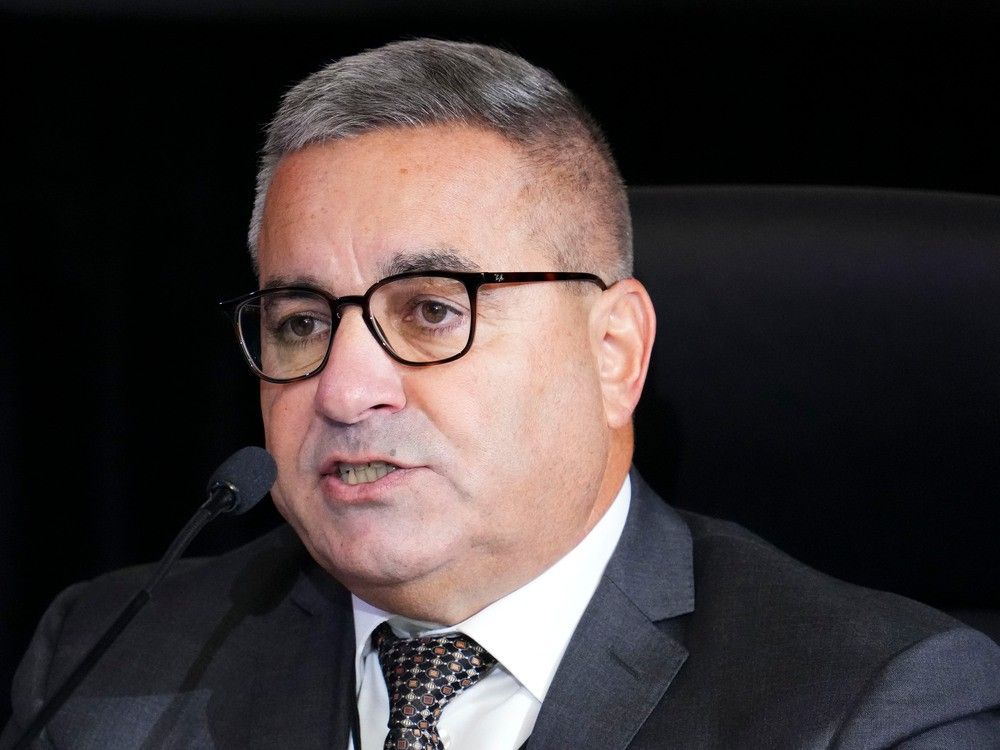 Ottawa city councillors say they didn’t see the sudden resignation of city manager Steve Kanellakos coming, and their reaction to the news is mixed.

To Jessica Bradley, elected last month to represent Gloucester-Southgate, Kanellakos’ decision to leave his post, effective immediately struck her as “incredibly destabilizing” for the municipal organization.  She tweeted that in the hours after Kanellakos’ surprise announcement on Monday and a day later maintained her concern.

“It was a bit shocking that … our top bureaucrat left so abruptly, in the context of the challenges that we’re facing as a city,” said Bradley, who spent more than a decade as an executive assistant to her ward’s former councillor, Diane Deans.

Beyond the public inquiry into the troubled first phase of LRT in Ottawa, with its final report due Wednesday, the new mayor and council — nearly half of whom are rookies — also have a new budget to deal with almost immediately and the next budget to craft shortly after that. Bradley also noted changes coming down from the provincial level, including housing-supply Bill 23, which is expected to significantly impact city revenues.

With Kanellakos’ abrupt exit, Bradley’s concern for city hall is that, “instead of focusing on some of those challenges that we have, that there’s going to be sort of a scramble in trying to pick up the pieces of where we’ve left off.”

Re-elected Coun. Laura Dudas, who represents Orléans West-Innes, noted Kanellakos’ departure after years at the top of the municipal bureaucracy may present a short-term challenge for city staff, but also an opportunity for the new council: to bring in a fresh set of eyes at the city manager level at the start of a new term.

“It might open up doors to different ways of looking at how the city is operating and can we do it better? Can we change how we provide those services? And is there more efficiencies that are available?” said Dudas, who served as a deputy mayor on the previous council.

Mayor Mark Sutcliffe has said he’ll move a motion at Wednesday’s council meeting to appoint the city’s chief financial officer, Wendy Stephanson, as acting city manager. She would continue to lead the finance services department through the 2023 budget process, Sutcliffe said, and had already agreed to take on the additional role.

Kanata South Coun. Allan Hubley said he’d be supporting that motion and that it was a testament to Kanellakos’ succession-planning work that there were two “top-notch” deputy treasurers who could fill Stephanson’s shoes as she fills Kanellakos’.

Hubley, now into his fourth term, said he always enjoyed dealing with Kanellakos “because you knew you were getting the straight goods from him,” and he felt there was a wrongful perception that Kanellakos left because he expected very critical treatment in the LRT inquiry report.

Hubley said he didn’t know what the report could contain, but said: “Why would you strike a public inquiry to attack individuals? I don’t think that’s what we’re going to see out of this.”

Noting the report’s upcoming release in his Monday departure letter to city staff, Kanellakos said he believed “this is the time to do the right thing and allow the organization to find a new leader who can deal with implementing the recommendations from the inquiry unfettered from the long complex history of the project or the findings of the commission report.”

To Clarke Kelly, the new councillor for West Carleton-March, that read like a sound decision by someone who cared about the city’s future.

“A city manager who’s not entrenched in any particular outcomes or defensive of any previous decisions, I think will be a really good opportunity for the city to make positive change for the residents of Ottawa,” Kelly said.

Cathy Curry, elected last month to represent Kanata North, said she had been looking forward to the potential of working with Kanellakos over the next four years and was “very, very sad” to see him go.

“They don’t make men like Steve Kanellakos anymore,” Curry said. “He is a man of the highest integrity and he’s thoughtful and he’s smart.”

Curry had been appointed to fill the Kanata North council seat in November 2021 following the departure of Jenna Sudds and said Kanellakos made it known to her at that time that, if she had a question as a new councillor facing a steep learning curve and fairly chaotic time at city hall, he was there to help.

“Just send it to me and I will figure out what staff you need and how it can be solved,” was how Curry described the offer by Kanellakos.

“And I thought, you know, he’s the city manager, the last thing in the world he needs to be doing is dealing with an individual councillor and their pothole challenges. But he was so helpful to me.”