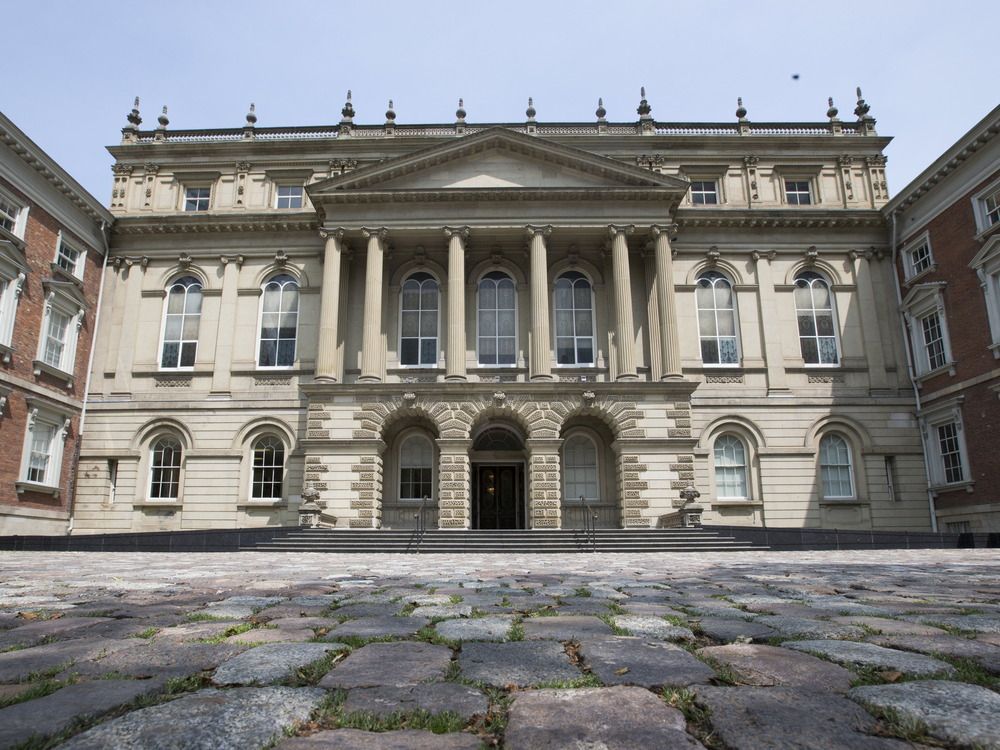 Ottawa lawyer James Bowie, known for garnering Twitter followers during the “Freedom Convoy” movement, is the subject of a complaint to the Law Society of Ontario after one of his clients alleged that he offered her legal services in exchange for oral sex, invited her to snort cocaine and sent her an unsolicited picture of his penis.

In the Sept. 16 complaint, the former client ⁠— struggling with depression and finances ⁠— reported that Bowie told her she could pay off her retainer with oral sex.

The former client attached what appear to be Snapchat messages to support her allegations to her complaint to the law society, the board that governs lawyers.

The LSO doesn’t comment on active investigations. However, this newspaper has viewed the sex-for-legal-services complaint and sources have told this newspaper that the law society notified Bowie last week that it was investigating the matter.

In one Snapchat conversation, an account with Bowie’s name asks about her boyfriend. She said her boyfriend was upset, to which a message from a Bowie account replied that he hoped it was not because of the photo he sent of his penis.

“He then asked if I wanted to do cocaine with him,” she recounted in her complaint to the law society.

The Snapchat messages, reviewed by this newspaper, appear to show that his client at the time said doing cocaine wouldn’t help her mental health.

A message from a Bowie account replied: “Maybe we should … I find it tends to get the party started … Coke, wine .. fun.”

“When I tried to talk about payments, Mr. Bowie knew I was vulnerable and struggling financially,” she said in her complaint.

A message from a Bowie account replied on Snapchat: “I’m talking about our deal, what we were talking about before, and I’m propositioning you.”

The client said she didn’t want to perform oral sex. A message from the purported Bowie account then asked: “Do you find me attractive?”

“Into you? Romantically? I’ve never met you,” the client appears to reply on Snapchat.

In an interview with this newspaper, the former client, who this newspaper is not identifying as she is the alleged victim of sexual harassment, said she’s been left traumatized.

“It made me feel powerless and also ashamed that all I was worth was sexual favours. It led to depression, time off work, lost weight, stress and suicidal,” she told this newspaper.

In the complaint to the law society, she said “(Bowie) has caused me trauma and I am worried he will do the same to other vulnerable people. He should not be in a position of power or trust.”

The woman has since retained criminal law specialist Michael Spratt, who filed the complaint to the law society on her behalf.

In a cover letter attached to the law society complaint, Spratt said:“(The complainant) is very upset and traumatized over the absolutely disgusting conduct of Mr. Bowie.

“These predatory acts violate multiple rules of professional conduct and were deeply harmful and offensive. Mr. Bowie was seeking to prey on a vulnerable client … (she) is fearful, given Mr. Bowie’s profile, about retribution,” Spratt wrote to the law society.

“His actions bring the reputation of all lawyers into disrepute,” Spratt continued.

In an unrelated case, Bowie is scheduled to appear at a law-society disciplinary hearing next month for allegedly failing to co-operate with three other investigations by not producing information and documents.