HomeTechnology"There is a dragon’s hoard waiting there": game publishing opportunities in Iran...
Technology

“There is a dragon’s hoard waiting there”: game publishing opportunities in Iran | Pocket Gamer.biz 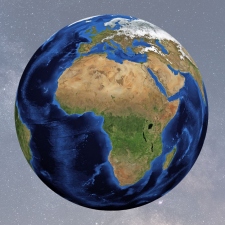 Over the last few weeks, you will have seen our series of articles on the Middle East and North Africa gaming markets. It’s a region that’s seeing fantastic growth as well as considerable investment. As well as interviewing some of our friends and partners in the region, we’ve dived into specific territories like Jordan, Saudi Arabia and Lebanon.

In November, Pocket Gamer Connects Jordan was in Amman in person, meeting some of the key figures in this vast and diverse region. And next week, we’ll be heading to Riyadh for an unrivalled exploration of the region’s strengths and challenges in the company of C-level developers.

Now, in this additional interview-led feature, we take you on a journey from all the way in the northeast, from Iran, west across the region to Morocco on the shores of the Mediterranean and the Atlantic. What is the game scene like in those regions?

The view from Iran

Iran is currently in the headlines for the wave of anti-government protests that have been sparked by the death of Mahsa Amini. Yet the game-making scene perseveres.

Tehran-based NOA Games specializes in games for PC, mobile, AR, and VR. With popular titles such as the racing game Shadow Racer and the board game Menchico, NOA has 40,000 active users and hosts 25,000 matches per day, explains Hamid Naeimi, the company’s CEO.

The region’s growth opportunities, Naeimi says, rest in games that suit local audiences. “If we can introduce games according to the region’s culture, it would be both an opportunity and a distinguishing point for competitors,” he says.

Meanwhile, Sourena Games, founded in 2006, is one of the largest publishing and development companies in Iran. In addition to releasing its own titles, the company recently completed a separate long-term project: a multipurpose gaming platform called GameUp that provides local gaming services, including payments, to clients in four languages.

“This is meant to be a universal platform for the region’s entertainment needs,” says Hassan Mehdiasl, CEO of Sourena Games. “This platform can publish any game, foreign or local, with local servers and local payment methods and help gain immense reach.”

Iran does have immense gaming potential, but it’s currently being restrained by the strict laws of the Islamic regime. According to Mehdiasl, this situation is an opportunity.

“Iran has a massive untapped market due to a very long period of sanctions and isolation,” Mehdiasl explains. “The population, especially the younger people, are becoming increasingly digitized, yet they are cut off from high-quality content.”

In light of this political situation, Mehdiasl’s development of GameUp makes perfect sense.

“You need local servers because of the problems with connecting to the world’s internet and local payment methods because the market is extremely cash-based and cut off from the global banking system,” says Mehdiasl. “There is a dragon’s hoard waiting there – massive demand and no supply – if you can find a way through the issues of sanctions and isolation.”

Some 7,000 km away from Iran, Morocco is the North African country just south of Spain. It’s home to a nascent game development scene.

Morocco’s Kokoro Games is a video game development studio specializing in video games and real-time interactive experiences for mobile, PC, AR/VR, headsets and consoles. In addition to developing its own titles, the company has found a role as a development partner for game designers.

“We noticed that a lot of developers we knew needed help adding polish to their games,” says CEO Abdellah Alaoui Mdarhri. This work for hire has been fruitful, as Kokoro frequently has multiple projects going at once.

Weighing down progress is the fact that much of North Africa still lacks the financial infrastructure to fully enable the gaming business.

“Games supported by ads or rewarded ads are the best and only option simply because players in these nations have no way to spend or make purchases within an app,” says Mdarhri. “But I believe we will see some progress soon.” Such a development might be an important catalyst for the North African gaming market.

The MENA region as a whole is currently the fastest-growing games market. As we’ve seen, it’s a vast and diverse space, though, with great variation according to country. In previous articles, you’ll find insight into Jordan, Lebanon, Egypt, Bahrain and Saudi Arabia, as well as the broader African scene.

Are you the director of a games developer or games publisher? We have an opportunity for you to discover the region in person. Next week we will be running a unique Leaders Summit in Riyadh, the Saudi Arabian capital, where 120 decision-makers from around the world and across the MENA market will come together to network and share knowledge. Tickets are still available (just). We will also be unveiling our first Top 30 MENA Game Maker list there on Thursday, December 1st.