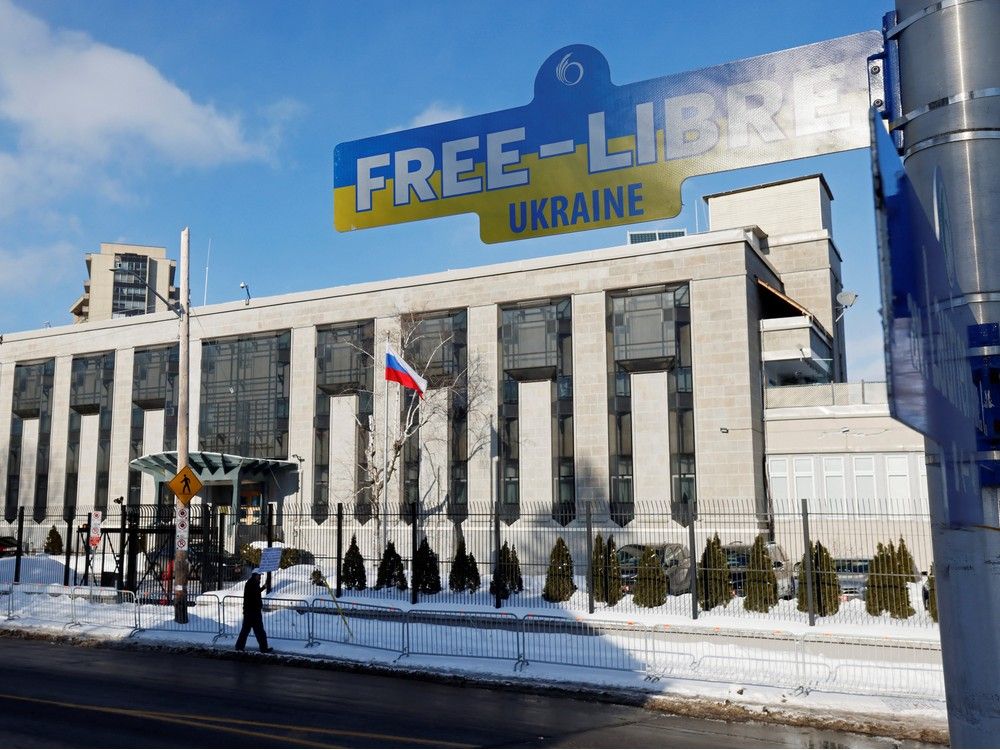 Let’s cut off power to the Russian Embassy

As Canadians, I believe we like to look at ourselves as having some moral fibre. Consider the situation in the Ukraine this winter with Russian destruction of energy and water infrastructure depriving the Ukrainian people of heat, light/power and water, surely a war crime. Can we not expect our federal and other governments to offer Russian representatives here equal conditions — namely the loss of power, heat and water in their embassy and consulates?

Perhaps better still would be to evict them from Canada as a way of showing our repulsion at Russia’s unprovoked criminal actions against the Ukrainian people, the principles embodied by the United Nations and our fundamental Canadian beliefs.

Let’s teach people how to parent

The ability to properly parent and teach children has again been overwhelmed by narcissistic and entitled behaviours. The behaviours shown at Tuesday’s Ottawa public school board meeting were a despicable display, perpetrated by an inability to care for others.

Harassing doctors, CHEO administrators and school leaders represents a failure to understand proper parenting skills. I suggest that mandatory parenting classes from Grade 3 to Grade 12, incorporating responsibilities to others as well as ourselves, would help future generations. Unfortunately, today, entitlement has become entrenched and has become the sanctuary of conspiracy theorists.

24 Sussex: Can we save heritage buildings?

The renovation cost for this house is $36.6 million. The cost to rip it down and rebuild is pegged at $40 million. A $4-million difference is not a huge gap, but this difference might be the deal breaker.

The tragedy of this house is that it could have been updated throughout the decades, but wasn’t. The house is political, and politics played a major role in ignoring its problems. The heritage factor is important, although Ottawa, for some odd reason, is not known for serious heritage preservation, unlike some cities.

The crucial issue with a complete rebuild is that the architectural footprint and style may not prove to be stellar, for Ottawa is also known for disappointing modern architecture. The resulting choice just might be a stately-looking house, fully modernized internally, versus a showy and perhaps questionable modern-style domicile. The South African Embassy across Sussex from 24, the French Embassy next door, and British High Commission residence building down the street, may very well prove to be the only three elegant and old world-looking diplomatic buildings left on Sussex. Too bad.

A full democracy challenges its own actions

The public inquiry regarding the use of the Emergencies Act is ending, and diverse stakeholders have testified.

Canada is a “full democracy,” according to the Economist Intelligence Unit and its “Democracy Index” standard. It has similar societal issues to all countries, but only a full democracy enacts legislation, such as the Emergencies Act, to self-monitor its authority. Only a full democracy, voted in place by its citizens in a free vote, wants to improve its governing through this type of process.

I’m happy I live in such a democracy.