Nordstream 2, Pentagon Diversity Chief, UFOs… Whatever Happened to These “Investigations” and “Reports”? 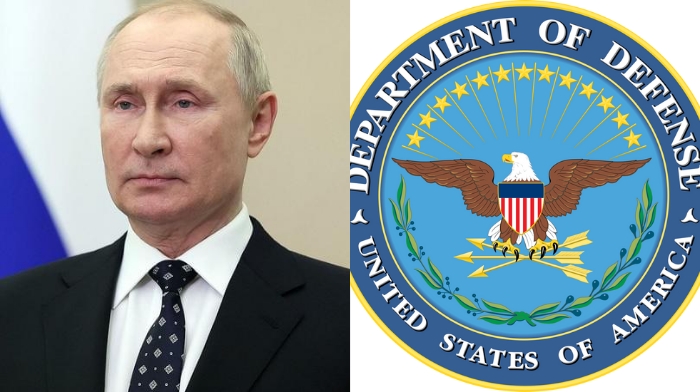 Distrust in government and media is at all-time highs now, and it is no wonder when you think about it. I notice trends for someone whose job is to regularly keep track of the news and report a lot on government oversight and accountability.

One such trend is how investigations and reports tend to fizzle out with either no real action taken, results dumped with the Friday evening trash, or just plain forgotten by the media and public.

So the recent missile strike in Poland that had the world teetering on the brink of WWIII had me thinking it might be time to dig up some old investigations to see whatever happened to them.

So grab a beverage and get comfortable because we are about to take a trip down Recent Memory Lane. But first, in the spirit of war and all, let’s look at the Nordstream 2 explosion.

Now could the #DailyMirror please tell us who blew up #NordStream Gas pipelines that caused untold #environmental damage… pic.twitter.com/l0oQeBEZpv

Since Russia invaded Ukraine in February, the world has been holding its breath, waiting to see when the war will spill over into the rest of Europe, thus pulling the United States into a more active participatory role.

Back in September, the explosions that rocked the Nordstream 2 pipeline had many worldwide wondering if this was the beginning of that war spillage.

The international community jumped at the chance to blame Russia because, after all, they are the “bad guys.” However, some argued that assumption made little sense given that destroying that pipeline would negatively impact Russia and greater Europe.

So then the theories started to swirl that perhaps the United States or another NATO country was trying to hurt Russia on the main stage covertly. Some even said it might be Ukraine attempting to pull the world deeper into the fight.

Here we are, deep into November, and we are no closer to answers on who sabotaged the pipeline. Denmark, Sweden, and Germany are investigating the attack and remaining very tight-lipped on what they found.

While the probability that it was Russia is high, the lack of answers does little to assuage the alternative theories. Add to that the mainstream media’s jump to blame Russia for the missile that killed two Poles in Poland with all signs pointing to a Ukraine misfire; it’s no wonder support for this war is waning.

BREAKING: Western media forced to concede that it, not Russia, was wrong.

Now onto another blast from the not-so-distant past, Department of Defense Education Activity Diversity Chief Kelisa Wing. Earlier this year, it was discovered that the DOD’s Chief of Diversity for the education wing of the Pentagon had tweeted anti-white sentiments.

In addition to her divisive tweets, it was also unearthed that she is an author of a collection of children’s books aimed at teaching children about their white privilege and the need to defund the police. We also can’t forget the discovery that she had recommended a book calling 9/11 first responders inhuman.

These discoveries prompted lawmakers to call on the Pentagon to investigate and act immediately. On September 19th, it was announced that a probe was initiated and would conclude in 30 days.

The Pentagon probe of @DoDEA #Diversity Chief Kelisa Wing s/b wrapping up soon. Will she keep her job despite her #racist prior tweets & terrible taste in books? Check out my latest article in @TPInsidr to find out more. #woke #Military https://t.co/4SQ5JLdxXJ

Here we are, deep into November, and Kelisa Wing is still in her role, with no word from the Pentagon on what they found or decided. When pressed on where the results of this investigation are, DOD spokesperson Commander Nicole Schwegman said:

“The findings are being presented to the Office of the Under Secretary of Defense for Personnel and Readiness.”

As a veteran, I can tell you that’s a fancy way of saying those findings are buried deep in a black hole of issues the DOD doesn’t want to discuss.

For the readers that believe the truth is out there, the much anticipated and eagerly awaited Unidentified Aerial Phenomenon (UAP) report to Congress is unsurprisingly late. The report due to Congress from the office of the Director of National Intelligence was due on Halloween.

Here we are, folks, deep into November, with no unclassified report. So it seems it doesn’t matter if it’s required by law or not, which it is.

That has yet to stop the media from releasing some unnamed official comments regarding what the public can expect from the report in the event we actually ever see it. You guessed it; apparently, these UAPs that highly trained Naval aviators have testified under oath and documented by video are actually all of a sudden explainable.

Allegedly the report will claim most of the sightings are foreign surveillance, airborne clutter, and in a nod to the Roswell Incident – weather balloons. How very retro of the Pentagon.

There are also rumors that two of the famous Naval video footage are explained away as optical illusions. I’m a skeptic, and I don’t even buy that.

🚨 As of today, November 16, the #UAP / #UFO report has NOT been delivered to Congress.

This comes from a SIGNED letter directly to me from ODNI.

Anyone who has posted otherwise should explain themselves.

Tag them if you want them to address this.

Slow-rolling investigations and reports add to societal mistrust in government and institutions. As much as mainstream media and the left like to lament the rise of ‘conspiracy theories,’ the informational environment, or lack thereof, to be precise, is what helps these theories grow.

But that’s the point, isn’t it? Not having an answer on who sabotaged Nordstream 2 allows an evolving narrative to meet the needs of those in charge.

Our short attention span allows us to forget about the super racist Diversity Chief, which lets the Pentagon off the hook on having to answer much deeper and uncomfortable questions. Like how they did not know about this person’s background before they hired her.

Or, more importantly, did they know and not care? Dragging their feet and leaking hints at a lackluster UAP report allows the Pentagon to avoid the fact that they honestly have no clue what is going on up in our skies.

Do they not know because they don’t care or are incompetent? They are probably equal parts of both.

But at least the Republicans have the majority in the House so that we can get to the bottom of things. Like if the FBI had informants at the Capitol on January 6th.

When asked if there were FBI informants dressed as Trump supporters inside the Capitol, the FBI Director refused to answer. https://t.co/CldNJ57U8B

RELATED: WATCH: FBI Director Wray Won’t Say If He Had Informants Dressed as Trump Supporters at the Capitol on January 6th