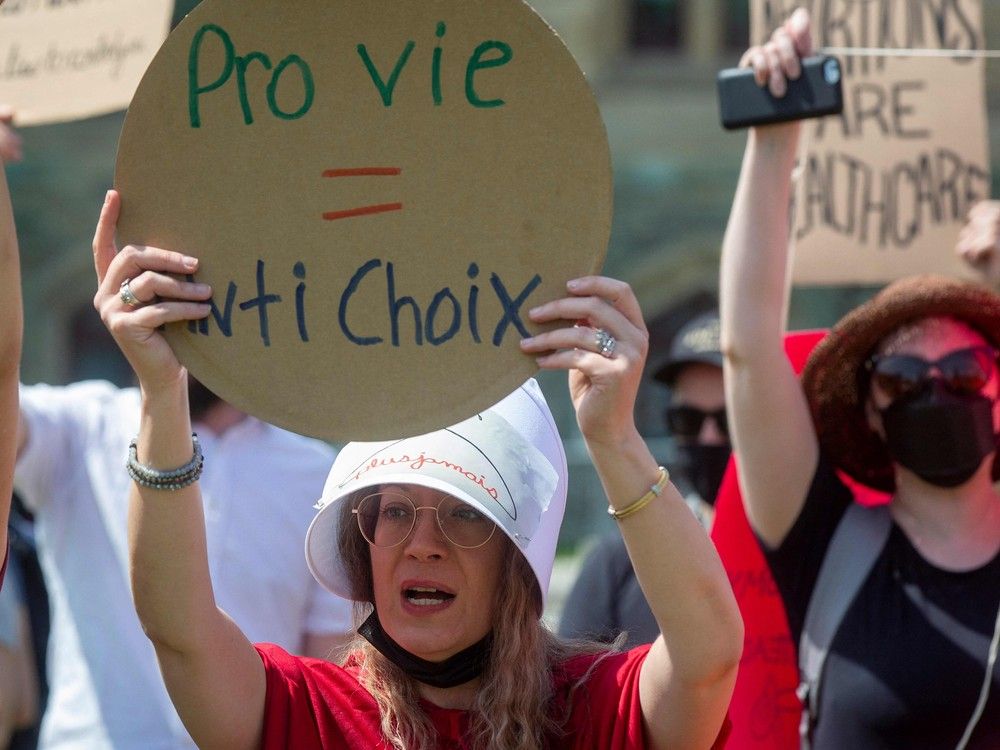 We live in an age of technology and access to knowledge. Never before, on any given topic, have we had the benefit of so much information, so many perspectives, at or fingertips. So why does it also feel as though we live in an age of reductive, hyper-simplified discussion over some of the most complex issues?

As a political and medical battle rages in the United States with the reversal of Roe v. Wade over the summer, Canada’s status as one of the few countries in the world without a law guaranteeing or restricting access to abortion has been the subject of renewed argument this year. And yet, the life experiences of the three-in-10 Canadian women who have faced an unwanted pregnancy over their lifetimes, their anxieties, challenges and choices, are often among the least discussed aspects of the abortion debate.

Instead, we revert to the most reductive language: “pro-life,” “pro-choice,” with those on both ends demanding absolutism on matters of policy and legislation. Think: protesters yelling at women outside abortion clinics; and political leaders blocking anyone with any less than a totally “pro-choice” view from representing their parties.

And yet, Canadian opinion, including among those aforementioned women who have faced the tough decisions over what to do with a pregnancy they didn’t want, turns out to be more nuanced, more complex than that. A comprehensive three-part study from us at the Angus Reid Institute underpins this.

It is true that when asked to place themselves on the spectrum, most are decidedly at either end. More than half (52 per cent) situate themselves as being “totally pro-choice” — that is, believing that terminating a pregnancy is acceptable at any time, for any reason — while eight per cent say they are “completely pro-life” and believe that abortion is never acceptable unless under exceptional circumstances, for instance where the physical health of the mother is in danger.

Still, this leaves fully 40 per cent — representing millions of Canadian adults — putting themselves “somewhere in between” along a continuum of points in a pregnancy when they deem a termination to be acceptable.

Notably, these views sometimes transcend personal experience. One-third of women who have had a procedural or surgical abortion put themselves in the “in-between” category. Almost half of women who carried an unwanted pregnancy to term say they are “completely pro-choice.” In other words, the decisions they made for themselves do not entirely drive how they see the issue in the aggregate. They are able to separate their decisions around what was best for them from how they feel about the issue overall.

New data to be released early next week will again reveal how individual views on this matter don’t necessarily translate into policies aimed at supporting or bolstering those views. For example, did you think that those who identify themselves as being “completely pro-life” also support policies that would make it financially more tenable for single mothers to raise their children solo? Maybe think again.

If you were of the opinion that people who identify as “completely pro-choice” are completely aligned on banning would-be MP’s from running if those candidates don’t feel the same, hold that thought.

As to appetite for legislation on abortion, it is there, but maybe not for the reasons you think.

In other words, Canadians are, in fact, more than capable of holding complex, sometimes even contradictory views in their head at the same time. Not only that, they’re capable of rationalizing and making peace with them.

And yet, the public narrative on the issue focuses on and runs to the same binary either-or, this-or-that-ism that seems to define political and policy discussions these days.

On this issue (and so many others), views of those with lived experience, and views of those in the middle, are missing, in part because we allow them to be silenced. It’s time to start listening.