Why Planes, Trains and Automobiles Is My Family’s Thanksgiving Watch 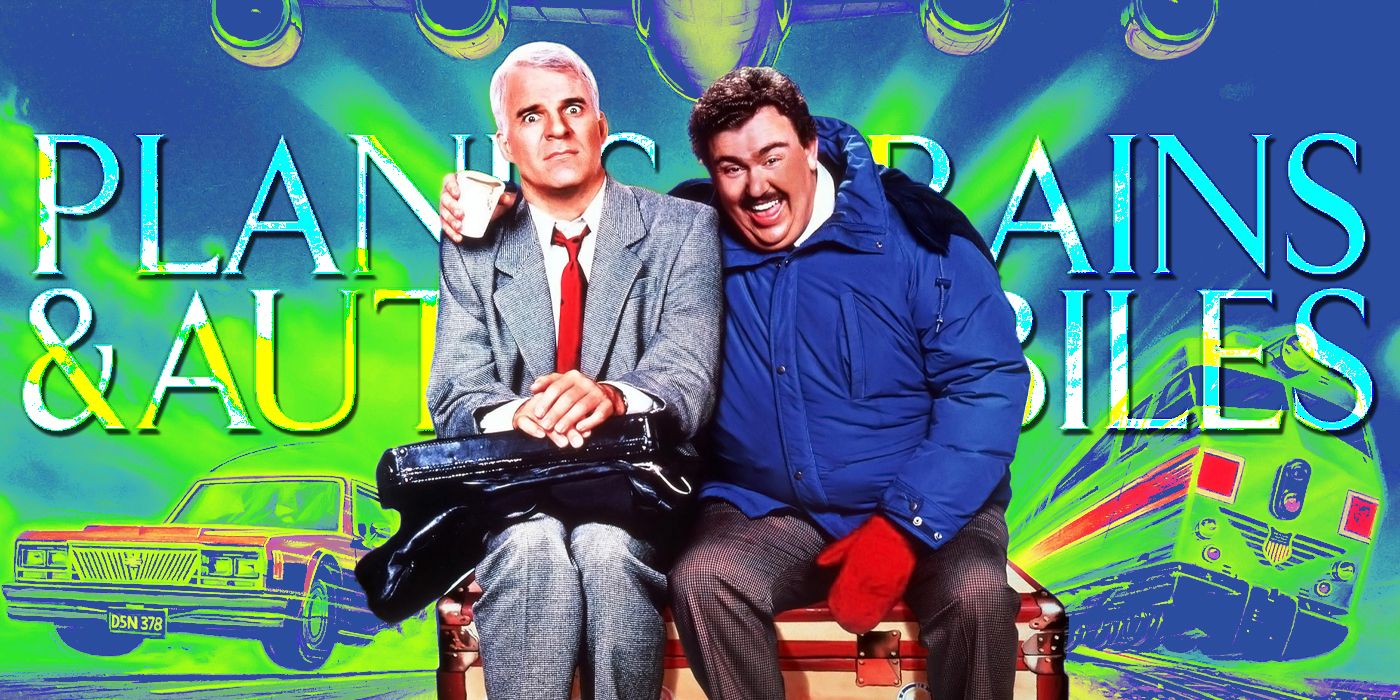 After gobbling down the turkey and my mom’s amazing dressing (or stuffing as others may call it), every Thanksgiving since the late ’80s, my parents’ living room is filled with the sounds of roaring laughter. Not because of my dad’s joke-telling skills (he wishes), but the rarity that is the perfect Thanksgiving movie, Planes, Trains and Automobiles.

There aren’t enough movies about the November holiday; it often gets drowned out by the Christmas movies and specials that begin right after Halloween ends — and sometimes even before. It’s a source of personal frustration for me, perhaps because Thanksgiving often gets forgotten, and I tell you, a holiday in which we’re supposed to be thankful for what we have should not be overshadowed. But that’s just me.

‘Planes, Trains and Automobiles’ Is My Thanksgiving Tradition

Since Planes, Trains and Automobiles came out in 1987, it’s been a Thanksgiving staple for many families in addition to my own. Honestly, we probably didn’t get the movie until 1989, because that’s when we got a VCR. (Dating myself here, I know.) But once we had the movie in a format that we could watch repeatedly, it’s become a tradition.

RELATED: The Enduring Comedy of ‘Planes, Trains and Automobiles

What Is ‘Planes, Trains and Automobiles’ About?

The basic gist of the story is this: Neal Page (Steve Martin) is trying desperately to get home to Chicago in time for Thanksgiving after a business trip in New York. His flight is canceled, he can’t get a taxi, his train breaks down, a rental car catches on fire. He has the worst luck in the world, basically. And to make matters worse (or better, really, in the end), he keeps running into shower curtain ring salesman, Del Griffith (the late, great John Candy), who’s quite a talker. And has some questionable personal hygiene practices.

Granted, some of the references are so ’80s, but it’s also a John Hughes film, so the ’80s are a given. A lot of the problems that Neal and Del encounter during their travels could probably be solved today with a simple text or by clicking on an app. But still, the comedy endures. I think what makes it so special for me is the memories of watching it with my parents.

I mean, the way Neal talks after getting his balls squeezed by an angry airport worker never fails to make my mom burst into giggles. And let’s not forget the infamous scene where Neal and Del wake up in bed together in their motel room, with “Back in Baby’s Arms” playing. “Those aren’t pillows!” Cue my dad’s uproarious laughter. Every time. Of course, I can’t resist laughing out loud at these moments and more, myself. It just gives you a warm feeling to remember laughing your ass off with your family. And, at the heart of this film is the idea of being with your family for the holidays.

There’s one point in the movie, when Neal and Del are having a meal together, and Neal realizes he’s missing his daughter’s Thanksgiving pageant (back when those were a thing). “I’ve been spending too much time away from home,” he says sadly, to which Del replies, “I haven’t been home in years.” It’s a moment of melancholy amid the frustrations of snowstorm-delayed travel, and it hits you right in the feels, reminding you that the whole point of the story is for Neal to get home in time for Thanksgiving with his family. Of course, we find out late in the story that Del no longer has a home, and his wife has been dead for eight years. Again, all the feels.

I think that’s why the movie has come to be synonymous with Thanksgiving for me. Not only do we watch it every Turkey Day, and it’s set at Thanksgiving, it’s all about Neal getting home to his family in time for the big dinner. Who doesn’t feel their cold heart warm when Neal invites Del along to the big dinner, and you realize Del has become part of his family?

When my extended family was apart, living in other states, we almost always made it home for Thanksgiving. It’s that important to us. And I think that’s why Planes, Trains and Automobiles still resonates with me, even as an adult.

Really, though, the thing about Planes, Trains and Automobiles that always stands out in my mind is the comedy. No matter how many times I’ve seen this film — and that’s a lot of times since 1987 — I always laugh out loud throughout its roughly 90-minute runtime.

The physical gags, like Del’s aforementioned hygiene routine, never stop being funny. It’s hard to describe why the scene where he’s “clearing his sinuses” before bed never fails to cause a giggling fit. And it leads to Neal finally losing his patience and going on quite the diatribe about how many ways Del annoys him. Steve Martin’s delivery is, in a word, hilarious: “I could tolerate any insurance seminar. I could listen for days with a smile on my face. They’d say, ‘how do you do it?’ I’ve been with Del Griffith. And they’d say, ‘I know what you mean.'” It’s mean-spirited, and he immediately regrets saying it, but it’s so freaking funny. And, of course, the Chatty Cathy doll comment always slays.

There’s also, lest anyone forget, “Gus’ son,” who comes to pick Neal and Del up at the motel to take them to the train station. He is to say the least, quite a character. With his tobacco-spittin’, weird clearing his throat noise, and general unpleasant expression, he’s unforgettable. And so is his wife. “She may be short and skinny, but she’s strong. Her first baby came out sideways. She didn’t scream or nothing.”

Perhaps the most memorable scene is Neal at the car rental counter after he’s been left in the St. Louis airport parking area, with keys to a car “that isn’t fucking there” and has had to “walk across the fucking runway.” The F-bomb filled rant is just pure comic gold from Steve Martin, made even more amusing by the perky customer service rep who grows dead serious as she tells him, “You’re fucked.”

These moments and so many more make Planes, Trains and Automobiles an integral part of my Thanksgiving festivities. It makes it a more meaningful viewing experience, because tied up in this movie I’ve probably seen a couple dozen times are the memories of spending Thanksgiving holidays with my family.

We may have our disagreements and uncomfortable moments during the dinner, like every family does, but for the 90 minutes or so we’re watching Planes, Trains and Automobiles together, there’s only joy and laughter — and the contentedness that comes with being with the people you love on a very special day.