HomeVideo10 Things Only Book Readers Know About The Dothraki
Video

10 Things Only Book Readers Know About The Dothraki 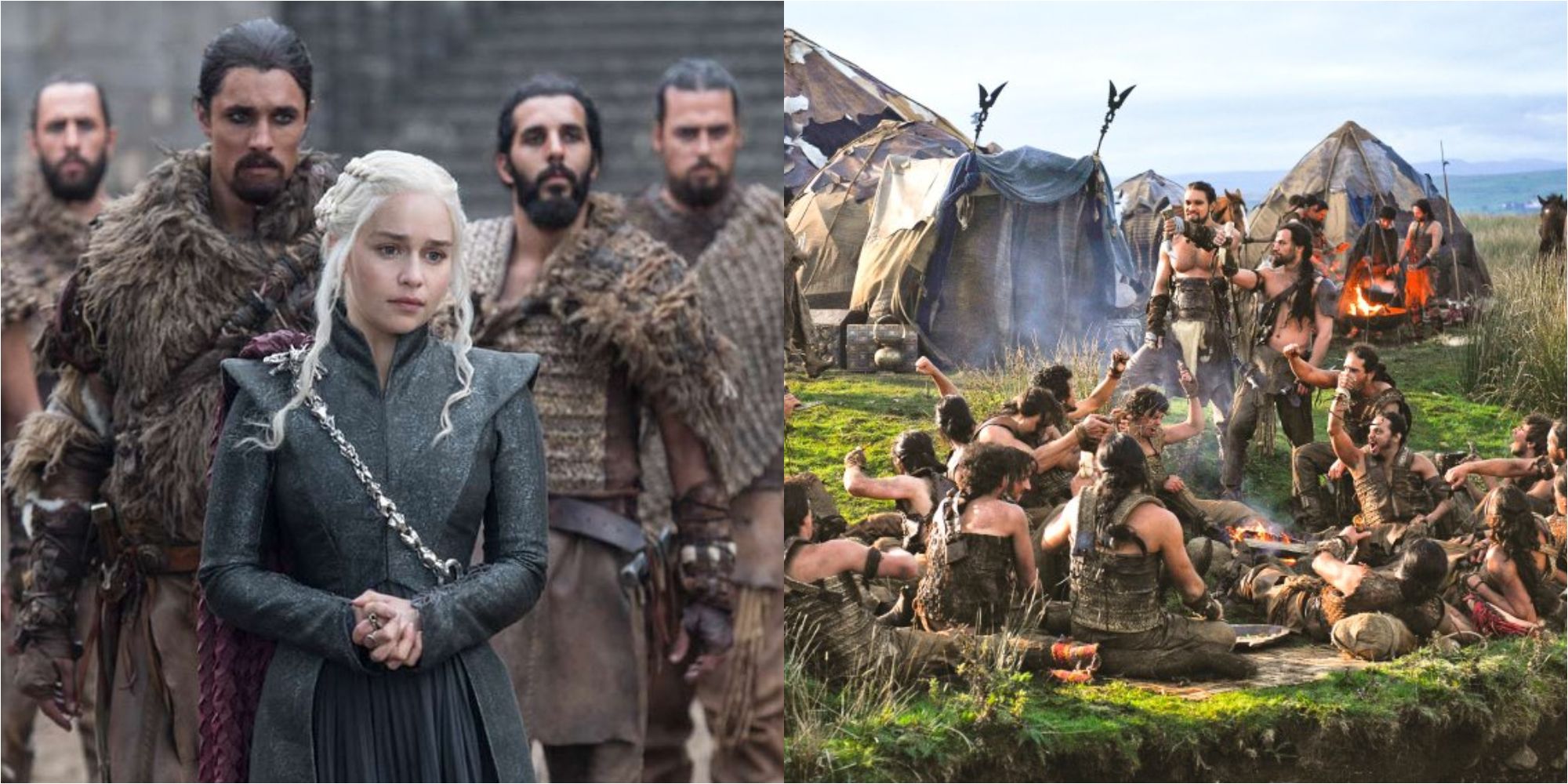 House of the Dragon focuses on House Targaryen, House Hightower, and the inner workings of King’s Landing. Its predecessor, Game of Thrones, covered far more territory, featuring many storylines not just in Westeros but also across the Narrow Sea, in Essos.

Daenerys Targaryen’s story introduced the Dothraki, a culture of nomadic warriors from Essos. Although the show spent considerable time with the Dothraki, it didn’t go in-depth about them or their customs, relegating them to playing supporting characters in the background. Indeed, Game of Thrones left out several key details about the Dothraki that only readers of A Song of Ice and Fire will know.

The Dothraki have a very distinctive look in the books. Described as being of copper skin and black eyes, they wear leather bests and bronze medallions on their belts. Men wear their hair in elaborate braids, each one signifying a victory.

RELATED: 10 Most Important Daenerys Targaryen Episodes In Game Of Thrones

Because of their nomadic lifestyle and arid surroundings, Dothraki use sand to scrub and clean their bodies. Daenerys mentions this curious detail during one of her chapters in A Clash of Kings, although she is used to the Dothraki customs by that point and doesn’t find it as confusing as she did in A Game of Thrones.

Although the Dothraki have an uneven lifestyle, they have a clear social structure built around the khalasar. Game of Thrones explains some of it, including the roles of the khal and his khaleesi. The show also mentions bloodriders but doesn’t explain their importance to the khalasar.

Bloodriders are the most trusted and vital allies of the khals. Their oath runs deeper than that of the greatest Kingsguard of all time, and they refer to the khals as “blood of my blood.” Interestingly, bloodriders traditionally don’t follow the khaleesi’s orders, making Dany’s command of the Dothraki more impressive. The connection between the khals and his bloodriders is fascinating, and it would’ve been great if the show took the time to explore it deeper.

Religion plays a crucial role in Westeros and Essos. The Dothraki also have a religious system, albeit less complex than other doctrines like the Faith of the Seven. The Dothraki believe in an unnamed horse god, who claims deceased Dothraki and claims them for a “starry khalasar” in the nightlands. In their eyes, the stars are horses made of fire, forming a massive khalasar in the night sky.

RELATED: 10 Best Game Of Thrones Episodes, According To Reddit

Dothraki consider the sun a god and the moon his wife. Furthermore, they believe the earth is their mother and consider plowing or “wounding” her a sin. Thus, they burn farms, towns, and other settlements as punishment for desecrating their mother.

Vaes Dothrak might not be one of the most beautiful locations in Game of Thrones, but it’s a crucial part of Dothraki culture, acting as their only settlement. Dothraki do not build structures, tying into their naturalistic and free lifestyle. They are constantly on the move and consider permanent settlements unnecessary at best and sinful at worst.

However, Vaes Dothrak does have buildings, although all were built by the slaves brought into the city. Because the slaves come from many different places, each building has a different style, material, height, and purpose. Vaes Dothrak is thus an eclectic city where different cultures meet under the yoke of the mighty horselords.

The Mother Of Mountains

The world of Game of Thrones has numerous complex and fascinating languages. Valyrian produced many popular words and phrases, but Dothraki played an almost equally prominent role in the show. Daenerys spoke it fluently, and many characters showed surprise at her quick mastery of it.

The Dothraki tongue uses descriptive terms instead of names. For example, they don’t say “Westeros,” instead referring to it as “Rhaesh Andahli,” meaning “the land of the Andals.” Dothraki is a hard language, fitting the tough people that created it, explaining why it avoids overly descriptive patterns and opts for a straightforward approach to language.

The Dothraki are deeply superstitious people. Game of Thrones explains they hate the sea and dare not touch it, but it doesn’t reveal why. The novels state the Dothraki mistrusts all water their horses don’t drink. Thus, the sea is their worst enemy, and they believe it to be poisoned.

Dothraki also mistrust magic. They believe those who practice it are evil and without a soul. Daenerys also reveals most Dothraki think women practice magic because they laid with a demon, thus becoming unnatural beings in the world.

The Century Of Blood

The Doom of Valyria left Essos in chaos, with many attempting to take over the freehold’s place as the continent’s main power. The Dothraki seized the chance and emerged from the far east, pillaging and burning cities, throwing Essos into further disarray.

The Stallion Who Mounts The World

The dosh khaleen believe Daenerys’ son with Drogo will be the Stallion Who Mounts the World. However, Dany’s actions in the show reveal she was actually the prophetic Stallion. She united the Dothraki under one khalasar and took them across the Narrow Sea to conquer Westeros.

Death Among The Dothraki

Perhaps the most intriguing aspect of Dothraki culture is their beliefs surrounding death. A khalasar effectively ends with the khal’s death. His bloodriders must live long enough to fulfill two tasks: avenge their fallen khal and escort his khaleesi to Vaes Dothrak, where she will join the dosh khaleen.

The bond between the khalasar runs deep and is far more meaningful than might seem at first sight. The Dothraki might be fierce and violent warriors, but they also have a deep sense of honor, pride, and loyalty. They don’t believe in reincarnation unless a child dies before he learns how to ride. Otherwise, a fallen Dothraki will ascend the night sky and ride perpetually among the starry khalasar, a surprisingly beautiful and deep sentiment for an otherwise savage group.

NEXT: 10 Biggest Misconceptions About The Valyrian Freehold