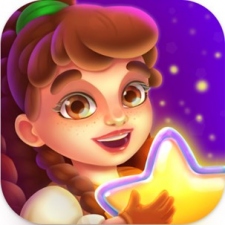 Star Merge developer Plummy Games has received an investment from X-Flow Games to the value of $6 million, supporting the former’s ambition to grow into a genre leader.

As a casual mobile developer, Plummy Games has more than 10 years’ experience with game creation, having numerous match-3 and bubble shooter titles in its portfolio. Its Star Merge title (also known as Mira Merge) has garnered more than 10,000 downloads on the Google Play Store.

While now having studios in Turkey, Estonia and Chisinau, Moldova, Plummy Games was initially founded by three veterans of Peak Games Olga Zamisnaia, Can Şahin and Adnan Kobazoğlu. Preparations are underway to look for new team members from the Turkish games industry, CIS region, and amongst remote workers around the globe.

As reported by Mobidictum, Plummy Games COO Can Şahin said: “After the services we provided at Peak Games, we also had the opportunity to work with American publishers. When we finally add innovation to our product, marketing, and operational experiences, we will be ready to present our new game, Star Merge, worldwide.

“As we compete in an already grown category with high competition, we will soon reap the benefits of being well-funded and having valuable partners.”

A subsequent Liftoff and Adjust report, meanwhile, suggests that while hypercasual games dominate Japan’s charts by installs, they struggle to engage players, and the country overall has a lower interest in mobile games than other platforms.