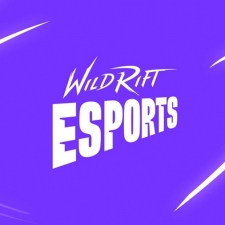 League of Legends: Wild Rift, the mobile adaptation of the world-famous MOBA, will no longer see official eSports initiatives outside of the Asian market. The news comes courtesy of a post by President of eSports at Riot Games, John Needham, where it was stated that the company would no longer directly host or operate eSports events. However, it did state that third-party events would be approved for areas outside of Asia to continue participation in Wild Rift’s eSports scene.

Needham stated “We believe these changes will give the community time and runway to grow organically and establish what role high-level competition will play in their ecosystem. As the Wild Rift esports landscape evolves, we’ll be ready to move in lockstep.” The post also notes the majority of teams will come from China, with twelve teams compared to only eight total from other regions.

Given that Wild Rift is aimed squarely at a mobile audience, it should come as no surprise that Riot Games are pivoting solely to focus on the Asian market. India, China and Japan are major players in the mobile game market, and boast massive audiences that are invested into eSports already. Meanwhile in the West, many competitive players are mainly invested in League of Legends original PC release, where the majority of eSport activity is located.

Given Riot Games has recently ended a publishing deal with Garena who were handling online services for Teamfight Tactics and League of Legends in the Asia Pacific region, it makes sense they now seek to grow and develop the eSports scene in the East. Many consider Riot Games’ direct involvement to be a net positive for the eSports scene in places like Singapore and Thailand, and that it will see significant growth as a result, however as they admit in the post it’s also an extremely competitive market.