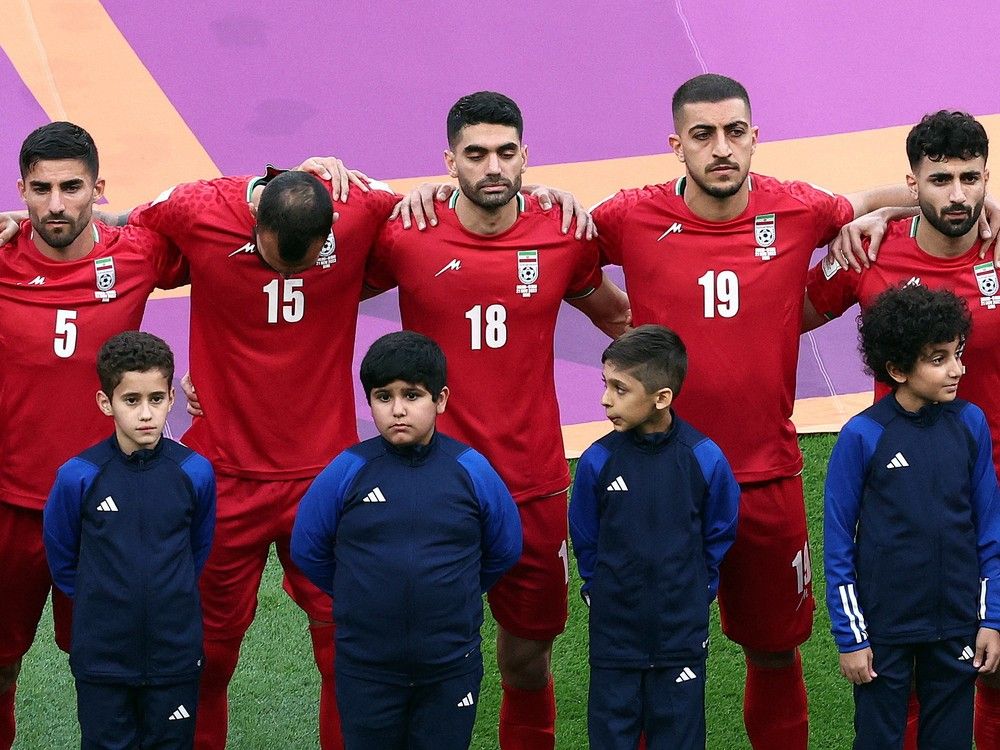 Which soccer team is heroic?

Two recent articles in the Citizen concerning the FIFA soccer tournament in Qatar caught my attention. One article described the Iranian team’s refusal to sing the Iranian national anthem. This was in solidarity with the mass protests against Iran’s dismal human rights record, particularly as it relates to the strict Islamic dress code and the treatment of women.

Given the regime’s record of dealing with dissent it is reasonable to assume that Iran’s soccer team, when they return to Iran, will be subject to harsh treatment for their silent support of the protesters.

The other article describes the threat by FIFA to issue a “yellow” card to players who wear armbands to protest Qatar’s dismal human rights record. The seven European captains had previously announced that they would wear  the bands to highlight human rights violations as it affects gays, women and migrants. Subsequent to the FIFA threat, the European teams decided to abandon their plan to wear the armbands.

It is reasonable to assume that the European soccer teams, when they return to their respective countries, will continue to receive the high adulation and high salaries that they are accustomed to.

Why I’m boycotting the World Cup

The litany of odious events at the Qatar World Cup — including homophobia, mistreatment of migrant workers, and (to me anyway) obvious corruption with the awarding of the rights to this nation — has led me to boycott this dismal event. I’m a sports fan so this is a sacrifice but I cannot in good conscience have anything to do with the event or FIFA.

NCC bumbled along on 24 Sussex

Re: 24 Sussex closing for safety, though report suggests some issues are minor, Nov. 19.

Here we go again. The NCC has announced the closing of 24 Sussex Drive for major renovations. The latest estimate for renovations is $36.6 million; demolishing and rebuilding would cost $40 million.

I don’t care if Hollywood stars want to spend their monies on ultra-million-dollar mansions but I DO care that the NCC has been spinning its wheels for years over “fixing” the prime minister’s official residence, writing 81-page reports on that subject, and has done nothing to avoid the rising costs paid by our taxpayers’ dollars.

Meanwhile the prime minister and family are not living there. I suggest the project be given to Mike Holmes or Bryan Baeumler to demolish and rebuild.

Prime Minister Justin Trudeau showed leadership when it was lacking by the mayor, our premier and all of our police forces. The Charter of Rights and Freedoms allows Canadians to peacefully protest and I’ve been to a number of protests on Parliament Hill myself. The convoy was not a peaceful protest. It was a group of people who occupied the city and hurt Ottawans living and working downtown.

The phrase in our Constitution, “peace, order and good government,” is an expression that allows the federal government to use legislative powers in areas of emergency and national concern. After the declaration of he Emergencies Act, the police finally ended the unlawful protest in Ottawa.