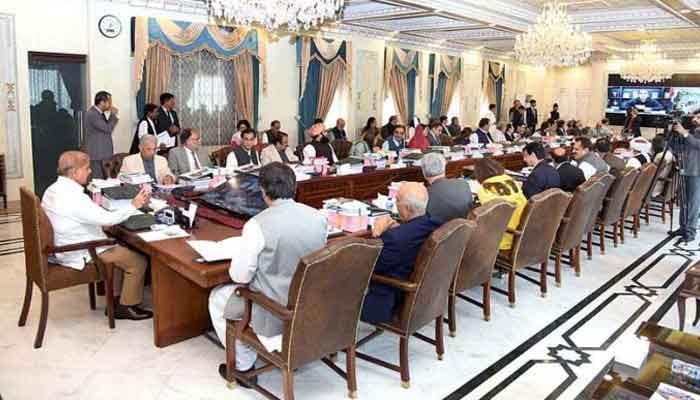 A federal cabinet meeting under the chairmanship of Prime Minister Shehbaz Sharif is under way to consult on the appointment of Pakistan’s new army chief, Geo News reported Thursday.

A meeting of parliamentary leaders of the coalition parties was held a day back under the chairmanship of PM Shehbaz in which all allied parties announced to support the PM’s decision on the appointment of the army chief.

A day back, in a rare show of unity, the coalition partners expressed complete confidence in the PM and authorised him to take a decision on finalising constitutional appointments in the Pakistan Army.

“We stand with you whatever decision you take,” said a statement from the Prime Minister House quoting views of leaders of coalition parties.