HomePolitics newsWhat are the issues in negotiations for Ontario education workers?
Politics news

What are the issues in negotiations for Ontario education workers? 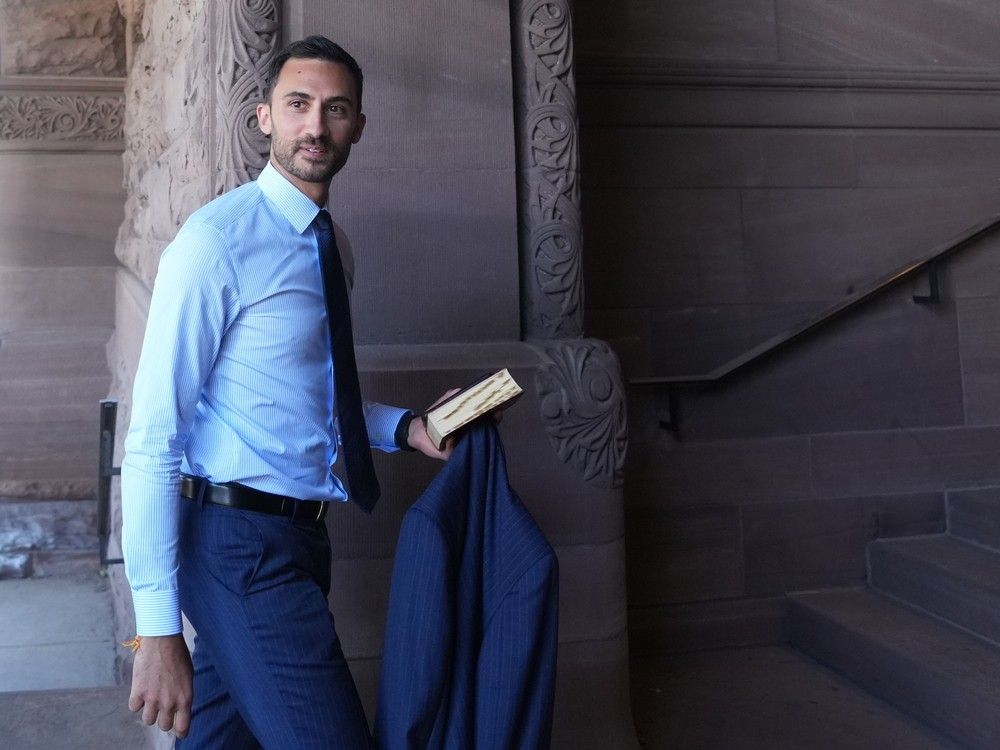 Education Minister Stephen Lecce says Ontario students have been out of class because of school strikes for “precisely” 2,246 days since 1989.

That statistic was one of many cited by Lecce on Twitter and in media interviews in the past few days as he criticized the union representing 55,000 education workers poised to strike on Monday if a deal isn’t reached.

It sent a lot of puzzled people reaching for their calculators.

The province currently requires a minimum of 194 school days each year. Using that as a reference, 2,246 days of strikes would be the equivalent of 11.6 school years of strikes since 1989, or about one-third of all school days for the past 33 years.

Lecce’s office did not respond to a request to clarify how the calculation was made. The statement has not been deleted or corrected on Twitter as of Friday.

That concerned both union critics and some observers, who said Lecce’s statement went beyond political spin.

“It was just so outrageous and so clearly untrue, no matter how you calculate the numbers,” said Larry Savage, a labour studies professor at Brock University in St. Catharines.

“I’m amazed that a cabinet minister should so recklessly peddle in misinformation.”

I can 100% confirm that this claim by Ontario’s Minister of Education is fabricated. It’s part of a broader pattern of falsehoods & wild exaggerations that have, ironically, undermined the government’s ability to secure a deal and keep students in school.#onted #onpoli #canlab pic.twitter.com/RGsB3WjpW5

Ironically, such “wild assertions” hinder the government’s ability to get a deal with the union because they inflame the other side and sow distrust in the bargaining process, Savage said. “It’s counterproductive to actually hammering out a deal.”

When Prachi Srivastava, a professor in the faculty of education at Western University in London, Ont., saw the “ridiculous” statistic, she assumed it was an error. She also found it odd that 1989 was used as a starting date. “It’s just so random.”

Not correcting or clarifying the information “seriously erodes public trust in the government,” Srivastava said. “This is a very short-sighted strategy.”

Being in the midst of tense bargaining “does not absolve one of the obligation to tell the truth,” she said.

The government and CUPE said they planned to bargain this weekend, with a target of reaching a deal by 5 p.m. Sunday or workers would walk out on Monday.

Lecce has emphasized that a strike will only hurt children. He says he’s perplexed by the union’s action because the government has rescinded legislation that would have enforced a contract on CUPE members and banned them from striking, then offered a higher wage increase.

What are the issues still on the table?

Earlier this week, Laura Walton, president of CUPE’s Ontario School Board Council of Unions, said agreement had been reached on a wage increase.

CUPE began negotiations by asking for an increase of $3.25 per hour. The union agreed to $1 per hour in each year of a four-year deal, Walton said.

CUPE members include educational assistants, custodians, early childhood educators and administrators, among others.

The union has promoted its side with a campaign saying $39,000 is not enough, reflecting the average salary for its members. That includes staff who work part-time; some members work only during the 10-month school year or less than a full work day, for instance.

CUPE says it is still seeking a variety of things, primarily increased staffing in schools to improve services to students.

• A requirement that school board have a minimum staffing level with limited ability to cut it;

• $100 million to create 1,500 to 1,700 additional jobs, from educational assistants to librarians and custodians;

• Minimum hours of work for full-time staff; at some boards they work 30 hours a week. Overtime paid at double time.

• Prep time for staff who work with students on instruction.

Sick leave, pension and health benefits don’t appear to be major stumbling blocks. Lecce has said the government has offered to protect those benefits, which he has described as the  “best” and “the most generous” in Canada.

Lecce’s office did not respond to a request to clarify how that conclusion was reached and what for the comparison had been.

Savage said he was not aware of any evidence to back that claim. For instance, the CUPE pension plan is “not the best public sector plan in Canada by a long shot,” he said.