COAS should be appointed like CJP, says Imran Khan 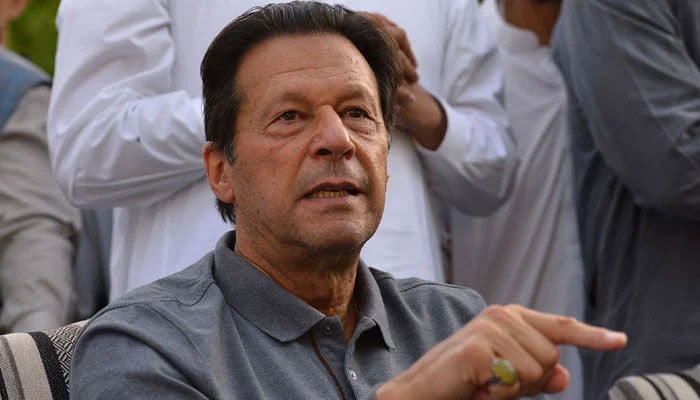 LAHORE: PTI Chairman Imran Khan, who is currently recovering from gunshot wounds sustained in Wazirabad shooting earlier this month, has suggested the chief of army staff (COAS) should be appointed like the chief justice of Pakistan (CJP),  sources privy to the matter said on Friday.

“The government is amending the Army Act to their advantage,” sources quoted Khan as saying during an informal chat with journalists and adding the PTI chief also dropped clues that these legislative changes if made would get challenged in the top court.

He, as per sources, also denied having met COAS General Qamar Javed Bajwa in Lahore.

The PTI leader also made it clear he was not ready to assume the prime minister’s office as a puppet.

“I will become a prime minister only when I have all the authorities invested in me. It’s not possible that responsibilities lie with someone else and powers are wielded by others.”

Khan, however, claimed that a meeting was held between President Arif Alvi and the army chief. “The agenda was free, fair, and early elections,” Khan added.

Earlier today, President Alvi said that he would follow Prime Minister Shahbaz Sharif’s advice regarding the appointment of the army chief.

Speaking about rejoining his party’s long march on Islamabad as it barrels ahead in Punjab, the PTI chief said he was awaiting his doctors’ opinion after tomorrow’s (Saturday) examination.

“I will lead the long march myself from Rawalpindi,” the PTI chief said, according to sources.

‘Evidence will be lost’

Commenting on his attacker being presented before the court a day earlier, as per sources, the PTI chairman said: “Prime suspect of the Wazirabad attack was produced in the court after 14 days. I’m afraid the evidence will be lost in these 14 days.”

On his party’s ties with the PML-Q, said, “the Q-league is our ally. We have an excellent alliance with [Chief Minister Punjab] Pervaiz Elahi.”

Khan said the major obstacle in the registration of the first information report (FIR) of the attempted assassination was the former Inspector-General of Police in Punjab Faisal Shahkar.

The former prime minister, according to sources, also spoke about the use of electronic voting machines (EVMs) in general elections.

“I tried hard to stop rigging through EVMs in the elections. Nawaz [Sharif], [Asif Ali] Zardari, Election Commission [of Pakistan], and the handlers were on the same page on the matter of EVM,” the sources cited the PTI Chairman as claiming.