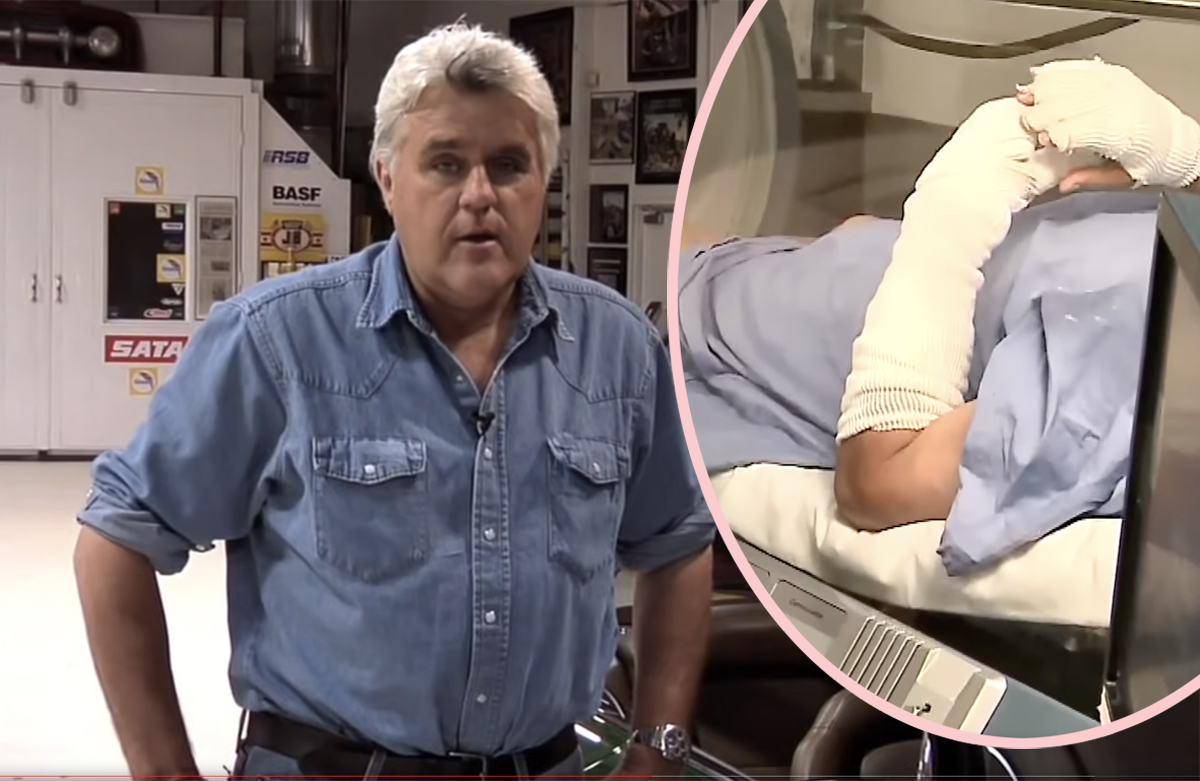 We’ve been covering Jay’s recovery from a car fire on Sunday. The longtime Tonight Show host was working on cars in his garage when a fire started and badly burned his face and hands. From what we’ve heard, the injuries are severe, with third degree burns that will likely require skin grafts.

He’s being treated at the Grossman Burn Center, the largest burn treatment center in the world. And while the Jay Leno’s Garage star is still a long way from returning to hosting duties, he did make a special appearance on TV Wednesday night. Inside Edition got an up-close look at his recovery process, revealing a partial look at the comedian.

Jay can be seen in a hyperbaric chamber, which Dr. Peter Grossman, the center’s namesake, explained helps to “increase blood flow with good oxygenation” as well as decreasing swelling and risk of bacterial infection. Dr. Grossman also confirmed that Leno has undergone his first “grafting procedure” already and “did well,” noting:

“His injuries are serious, his condition is good… He is in good spirits today.”

Leno, whose hands were covered in bandages and face was barely visible but clearly wrapped in gauze, took a moment to explain the accident. He told the outlet he was working on his 1907 White Steam Car when a spark ignited a fuel leak. He credits his friend Dave with saving his life by jumping on him quickly to put out the flames.

He ended up with burns on his face, hands, and chest, explained Grossman, but despite the extent of the injuries he’s expected to make a “full recovery”:

“As I’m getting to know Jay, I don’t think it’s going to be months. I think he’s the kind of guy who’s gonna move forward.”

Wow. What amazing news! See the full segment, including our best look yet at Leno’s recovery (below):