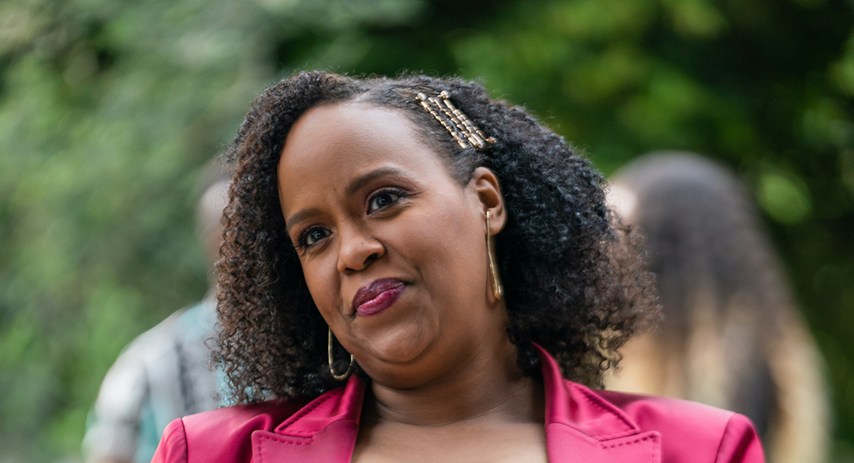 Natasha Rothwell is following up her Emmy-nominated supporting role in one of last year’s hottest shows by leading her own series. Deadline reports that the “White Lotus” actress has has scored a series order from Onyx Collective for “How to Die Alone,” a comedy that she’ll star in, write, co-showrun, and exec produce. The eight-part, half-hour series will stream on Hulu.

“How to Die Alone” stars Rothwell as Melissa, “a fat, Black neurotic who’s never been in love,” the source details. After a near-death experience, Melissa is determined to live her best life and become “100% that bitch” no matter the cost.

Rothwell, who is under an overall deal with ABC Signature, is sharing showrunning duties with Vera Santamaria (“PEN15”).

Reflecting on the importance of diverse storytellers in the industry, Rothwell has said, “Being able to be in a writer’s room that reflects the world that we live in, as far as who’s populating it, and being on sets that speak to the diversity of our talents as people […] definitely set the tone for how I want to run Big Hattie Productions and how I look at projects that I take.” She added, “I want to be able to continue diversifying the ways in which we’re perceived, and the only way we do that is with more representation and visibility. My goal is to continue to write, direct and star in projects that do that.”

Rothwell’s Emmy nom this year marked her second. She was previously nominated for Outstanding Comedy Series for Issa Rae-starrer “Insecure,” which she co-produced, wrote for, and acted in. Her upcoming slate includes “Wonka,” a “Charlie and the Chocolate Factory” prequel about Willy Wonka.