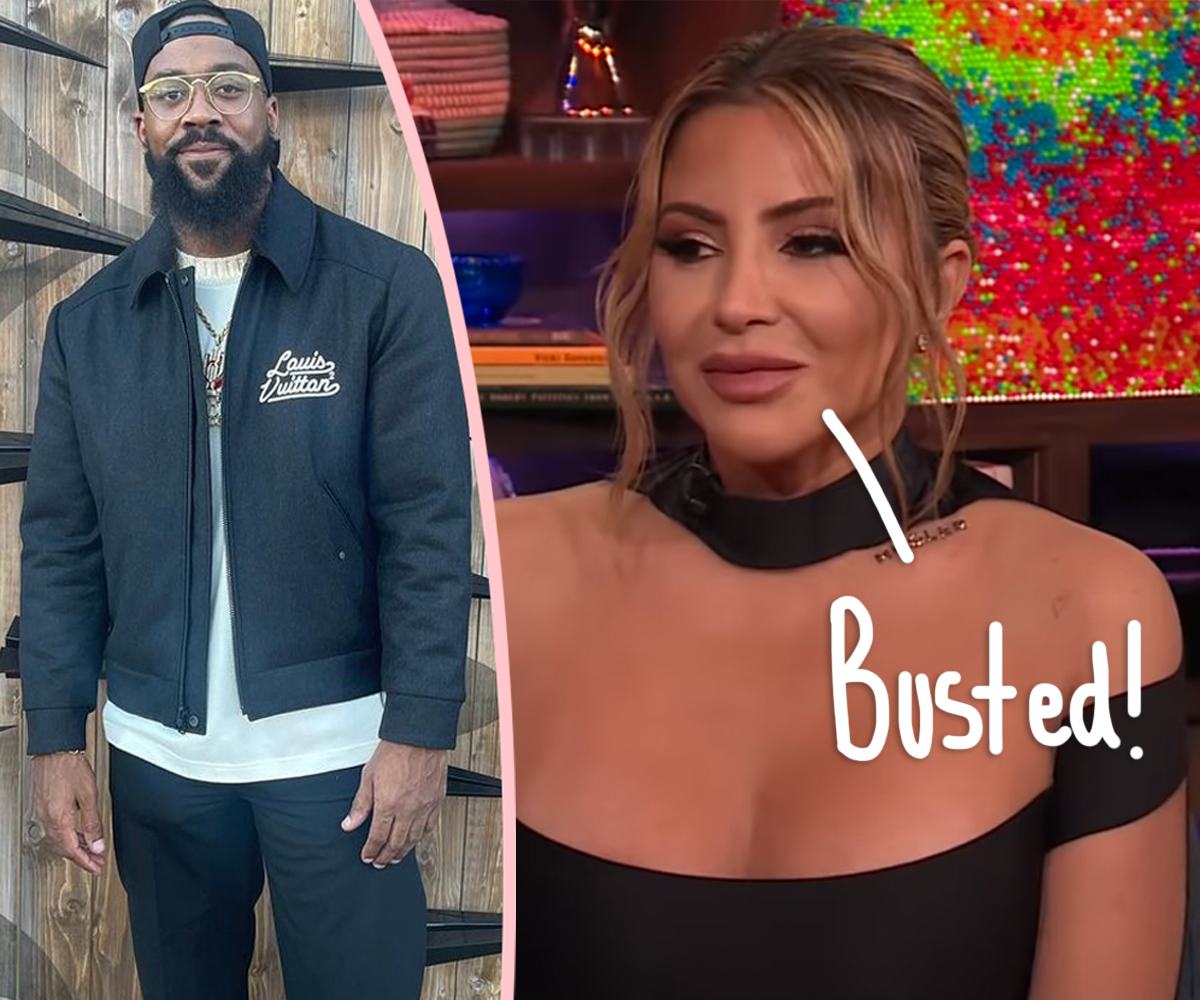 Larsa Pippen‘s relationship with Marcus Jordan is already facing major drama, as he was just caught publicly cheating on the reality star!

According to a video published by The Sun on Thursday, the 31-year-old son of Michael Jordan was seen in the early hours of Saturday, November 5, getting cozy with an unidentified Florida-based Instagram model outside of his condo in Orlando. In the clip, he was captured kissing the mystery woman and grabbing her butt before taking her hand to enter his home. Wow… You can ch-ch-check out the video HERE. As for what’s going on between these two? A source close to the former college basketball player told the outlet:

“They are friends with benefits.”

And there’s more! The following day, Marcus was also spotted partying with another woman at Bullitt Bar in the city. The insider claimed the person was wearing a “chain” from his clothing store Trophy Room:

“He was seen in the club with another girl, and she was wearing his Trophy Room chain.”

Awful. While the business owner was cheating on Larsa, The Real Housewives of Miami star had also been in Florida at the time – but in Miami to attend the Make-A-Wish Gala at the InterContinental Hotel on Saturday. What’s worse, The Sun source said Larsa has “no idea” her new man has been cheating and she’s going to be “absolutely devastated” once she finds out. Well, she most likely knows now! The insider continued:

“Larsa would never think he would be unfaithful to her. He treats her like royalty. He buys her gifts, dinners, pays for a lot of things- so she would be completely blindsided. She thinks she’s in an exclusive relationship with him.”

Apparently, Marcus did not get that memo – or chose to ignore it!

This video of Marcus cheating came just TWO days after TMZ Sports confirmed he and the 48-year-old are together following weeks of speculation. The outlet also shared that the two are “really into each other.” Rumors of their relationship started when Larsa and Marcus were spotted hanging out together a lot over the past few weeks – including at her place in Miami, the Rolling Loud music festival, and at a Pretty Little Things Halloween Party in Los Angeles (days before his fling). Even over the weekend, they were packing on the PDA while in South Beach, Miami.

However, the television personality tried to shut down the dating accusations at BravoCon last month by telling People they were nothing more than “friends,” and had been “for a few years” now. But obviously, that turned out not to be the case. In fact, things sound pretty serious on Larsa’s end as The Sun insider claimed she’s already “in love” with Marcus!

“She has fallen in love with Marcus in a matter of two months. Larsa is obsessed with Marcus. She’s telling people that she can see a future with him.”

Oof… That makes this situation even more heartbreaking for Larsa! The source noted that Larsa has been saying she and Marcus are only pals due to her ex-husband Scottie Pippen’s feud with her boyfriend’s father, Michael.

Wonder how Larsa will react to his infidelity… Reactions, Perezcious readers? Do you think Larsa will break up with Marcus after this video? Let us know in the comments (below)!