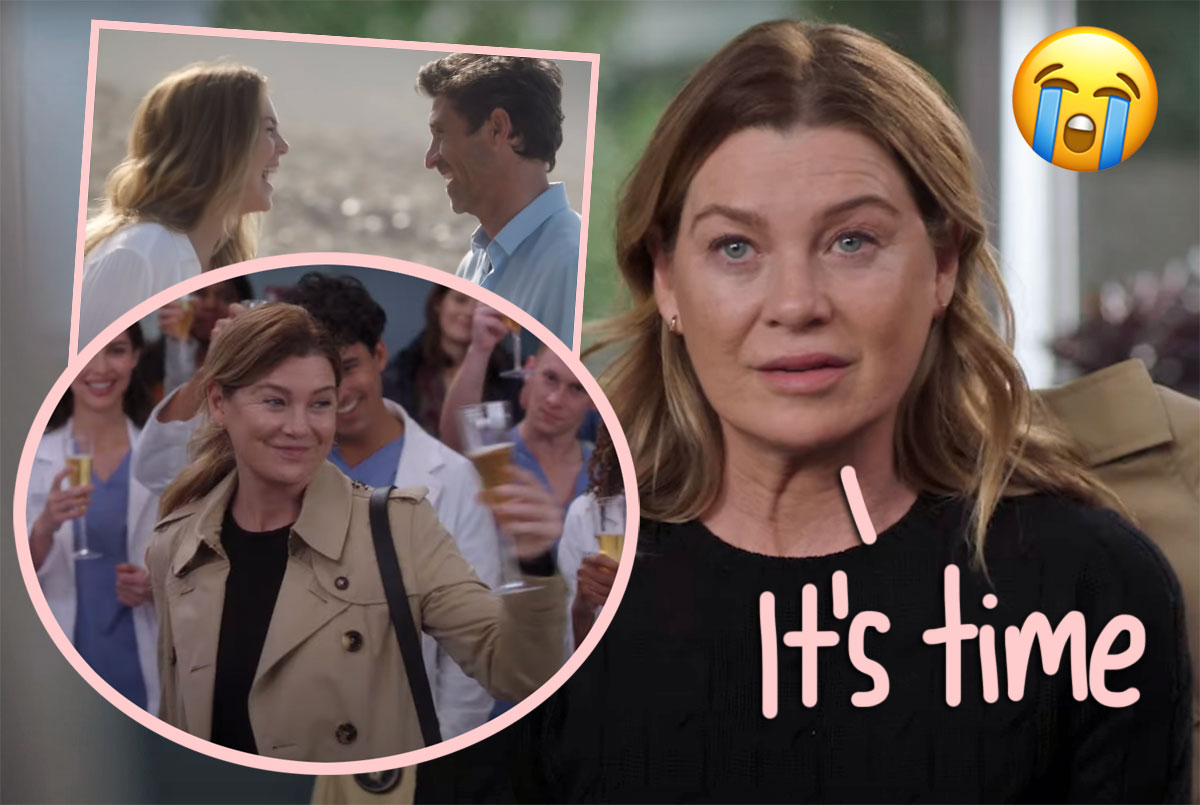 Get ready to say goodbye to Meredith Grey…

On Thursday afternoon, Ellen Pompeo took to Instagram to bid farewell to her most legendary character, Meredith Grey, and the world of Grey’s Anatomy. This big news comes after a record-breaking 19 seasons on ABC. Sharing a selfie of herself sitting in front of a neon sign that read “all you need is love,” the actress revealed:

“I am eternally grateful and humbled by the love and support you have all shown me, Meredith GREY and the show for 19 seasons! Through it all….none of it …would have been possible without the best fans in the world. You all are RIDERS and you all have made the ride so fun and ICONIC!! I love you madly and appreciate you right back. This isn’t your first time on the rollercoaster… you know the show must go on and I’ll definitely be back to visit. With a lot of love and immense gratitude XoE

And just like that, Meredith is finally leaving Grey Sloan Memorial Hospital. Interestingly, it does not sound like the show is prepared to end just yet, despite Ellen and creator Shonda Rhimes saying in the past that it would not continue with the leading lady. Check out the 53-year-old’s announcement (below).

If you haven’t been keeping up with the show lately, Grey’s actually set up Meredith’s departure in the fall finale last week. Needing to seek a new school for her daughter, Zola, Meredith decided to move to Boston, where she accepted an offer to research Alzheimer’s (the disease her mother suffered from) at the Catherine Fox Foundation. Her home was also destroyed by a massive fire, making her exit that much more inevitable.

As Ellen teased, the storyline definitely leaves the door open for guest appearances in the future, just as Jesse Williams (Jackson Avery), Sarah Drew (April Kepner), and Debbie Allen (Catherine Fox), among others, have done in recent years. Still, this marks the end of an era!! The last two remaining original cast members are Chandra Wilson as Miranda Bailey and James Pickens Jr. as Richard Webber (as seen below).

and only two remain.. ???? pic.twitter.com/bOtqYXdpQt

Never thought we’d see the day Meredith was greyed out!

Those wishing to say farewell to the beloved character can do so when the season returns on February 23. It’s currently unclear if this will be Meredith’s last episode of the season, but it sure seems like it. Take a look at the trailer (below).

This departure comes after Ellen revealed to Insider nearly a year ago that she was “trying to focus on convincing everybody that [the show] should end.” While she felt they were going to run out of stories, nobody else seemed to care since the series makes “a gazillion dollars,” she joked. And the fact the show’s not ending with her exit seems to prove that! LOLz!

This exit has also been a gradual process. In August, it was announced Ellen would be taking a step back from Season 19. TV Line reported she would remain as an executive producer and continue to narrate the series, but would not appear in all episode of the season. It’s unclear if this involvement would continue into future seasons if the show gets renewed. A lot is probably riding on the reaction to the upcoming episodes.

So, what’s next for Pompeo? While recent rumors claimed she might reunite with her former Grey’s Anatomy co-star Patrick Dempsey for a new TV show, he shot the speculation down this week, telling EW nothing was in the works. But after over 400 episodes of television, it seems Ellen is ready to move on to other projects. She will be missed!

Are you sad to see Meredith go? And, more importantly, will you be watching without her? The show may be popular, but it’s a risky move to continue on without its star! After all, it’s GREY’s Anatomy (which Ellen seemed to be hinting at in her statement)! Thoughts? SOUND OFF (below)!