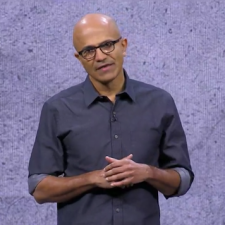 The Activision-Blizzard deal remains a subject of frequent discussion in news and business all over the world. Questions of how this will affect the market if it goes through, and how likely that is to happen, are still being asked. However, from comments made by CEO of Microsoft, Satya Nadella on American news network CNBC we can begin to make some educated guesses.

Nadella argued strongly in favour of the Activision-Blizzard acquisition being a net positive for gamers, and interestingly, for publishers as well. “Our entire goal is to bring more competition and more options, for both gamers to be able to play everywhere and for publishers to have more competition. Because the real issue is how do you really reach all platforms?”

What’s interesting is that Microsoft already has a strong presence on both console and PC. After all, Windows is, and for a long time has been, the most widely used OS in the world. So we can guess that what Nadella is hinting towards is bringing the competitive angle to the only platform where they lag behind, mobile. A platform which in terms of both hardware and software share, Microsoft has yet to tap as they have the personal computer market.

Sony has already begun to make inroads into the mobile market on its own, and whilst Microsoft would get a massive jumpstart with the acquisition of Activision-Blizzard, which would offer them access to heavyweights like King’s Candy Crush and Blizzard’s Diablo Immortal, they would also be coming up against other massive companies like Tencent which have managed to capitalise on their access to the lucrative Chinese market.

Activision-Blizzard specifically may present a new obstacle to Microsoft if acquired, as their access to the Chinese market will be limited now their publishing deal with Netease has expired without renewal, which had been publishing their lucrative games such as Overwatch and World of Warcraft in China. Their involvement with the Chinese market may also prove a roadblock to accessing the second-most lucrative mobile market in India, which has taken steps against publishers and games associated with Chinese companies like Tencent and PUBG developer Krafton.