US reiterates ‘no truth’ to Imran Khan’s allegations 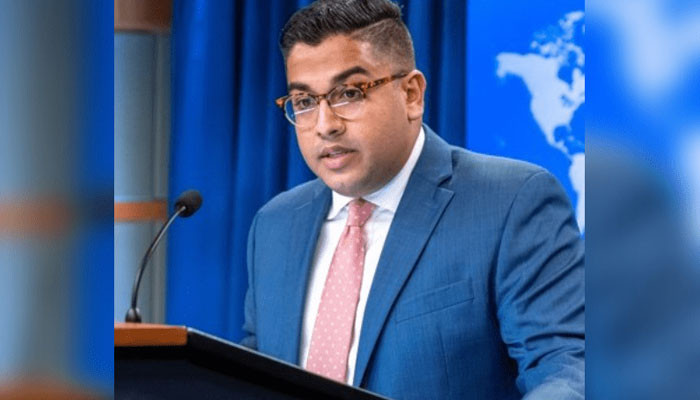 The United States has reiterated that there has never been any truth to PTI Chairman Imran Khan’s allegations against Washington on allegedly orchestrating a regime change conspiracy to oust Khan’s government.

The remark came during a press briefing, in response to a question regarding former prime minister Imran Khan’s recent withdrawal from his allegations of US’ involvement in his ouster in April.

The former premier, in an interview with Financial Times backed out of his narrative on the “foreign conspiracy” saying “it’s over, it’s behind me”.

“The US values our longstanding cooperation with Pakistan and has always viewed a prosperous and democratic Pakistan as critical to US interests. That remains unchanged,” Patel said.

He said that the US doesn’t have any position on a specific political figure against another and that his country supports the “peaceful upholding of democratic, constitutional, and legal principles”.

Patel said that the US will not let the propaganda, misinformation, and disinformation affect its bilateral relationships with Pakistan or any other country.

Patel refused to further comment specifically on PTI Chairman Imran Khan’s withdrawal of allegations and statement on his visit to Russia.

“As we’ve previously said, there has, there is not and there has never been a truth to these allegations, but I don’t have anything additional to offer,” he said.

He reiterated that his country has always viewed Pakistan as critical to the US interests not just in the region, but also in the world.